Hi there, I’m back. I’ve only gone and finished my degree in the time I’ve been away from blogging. So no biggie eh?

I’ve just written an 8,000 word dissertation, eaten my body weight in chocolate and massively exploited the free version of citeforme to reference my 40+ sources. But I made it through and will write a blog post on my top tips v soon, but for now, that pretty much sums it up.

But yes adois you disgustingly long piece of writing you, and also farewell to my undergrad degree. HOW DID THIS HAPPEN? 5 mins ago I was gearing up for third year, making an unrealistic work timetable and buying essential new stationary… I used about 1/3 of it. Oops. Stationary is just so pretty and I still can’t resist it, but let’s be honest we do about 99% of all our work on laptops now. Anyhoo, I blinked and it’s May, and I’ve done everything, and have a headache, and have a basic “I wrote a diss” photo to prove it. I actually have about 300 photos with my dissertation in numerous outfits, because well, why not? 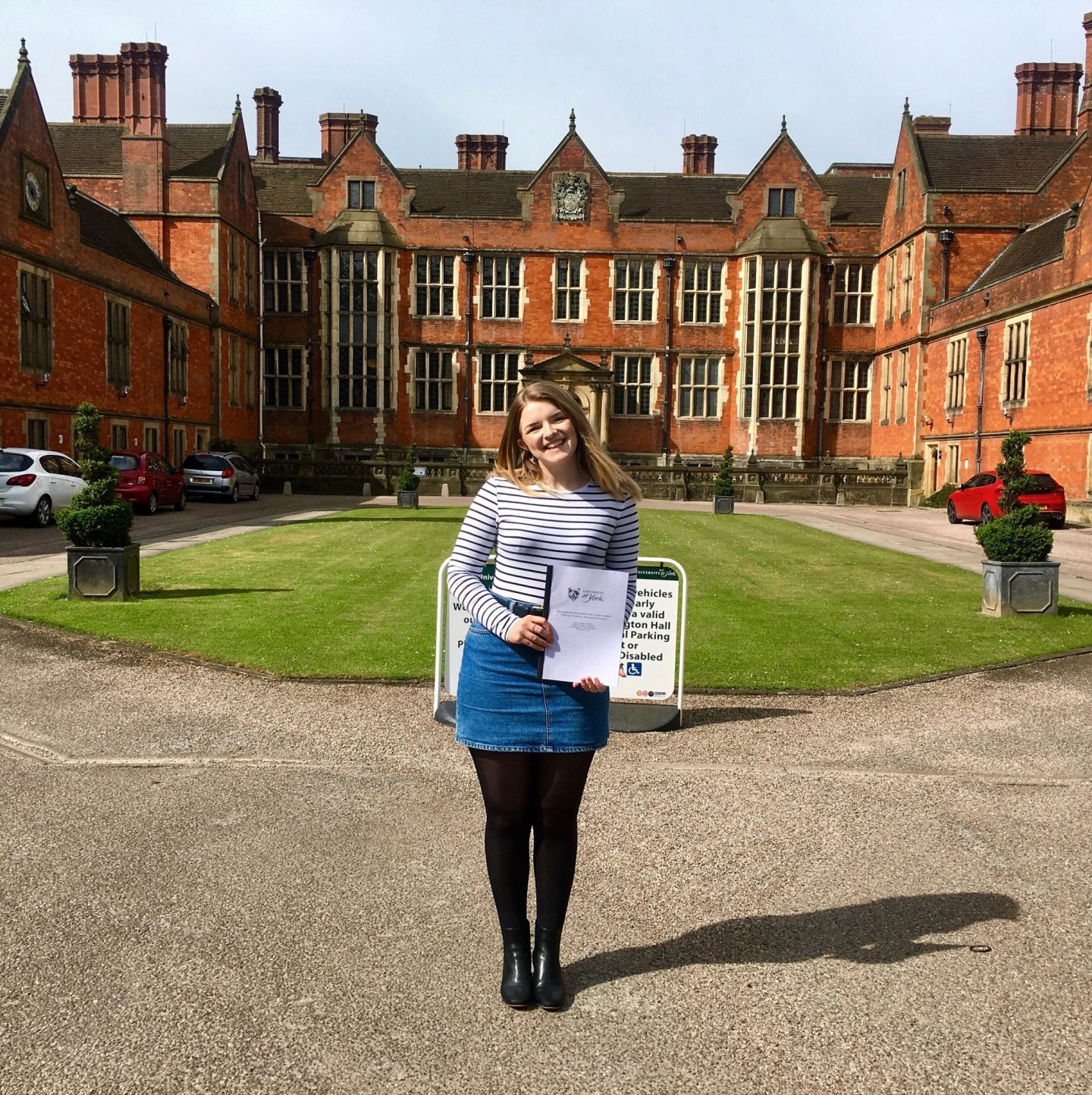 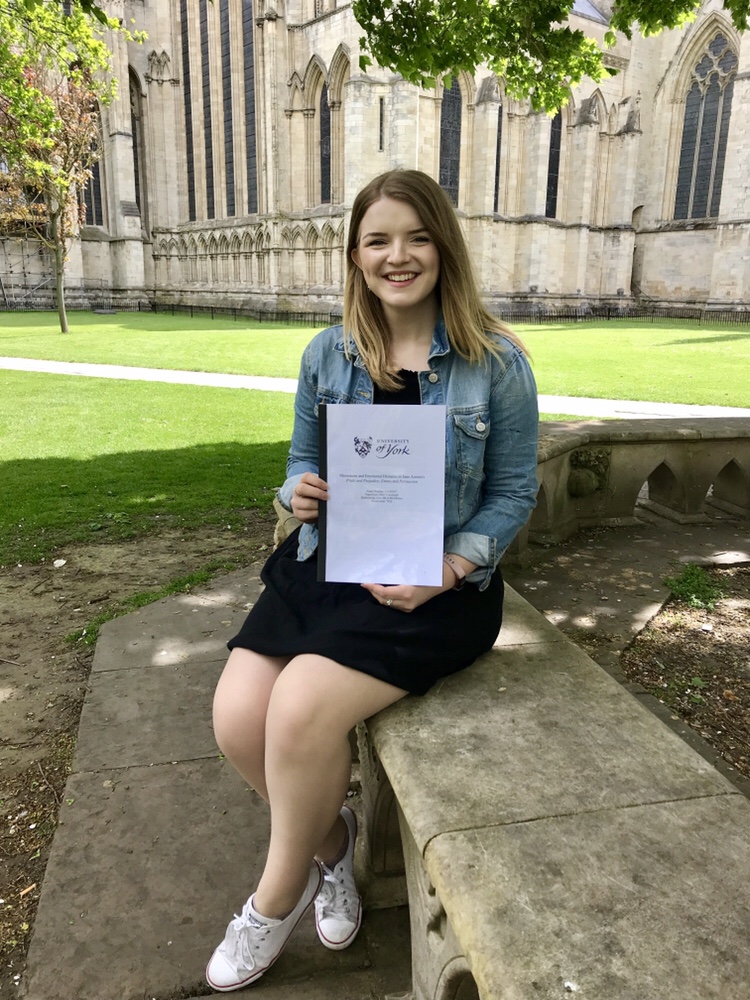 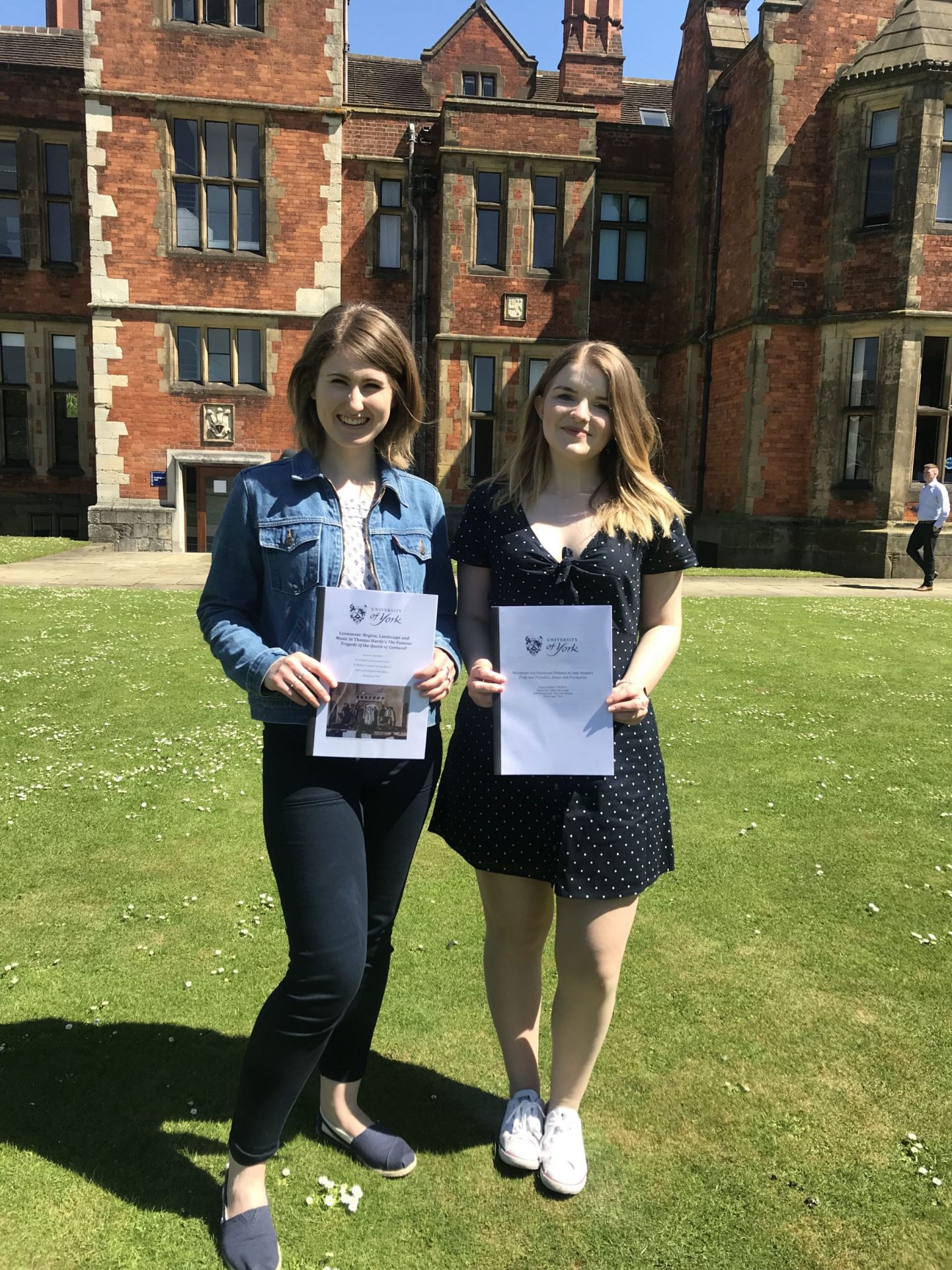 You thought I was joking, but yep, there they all are. Tbf I handed my diss in early on the Friday before the Monday deadlines as the print shop was closed over the weekend – yep, v helpful – and I couldn’t deal with any additional stress around the anniversary of my Dad’s passing, or that Monday, so got it over and done with. Took photos then. Then Franky and I went into town to get a bloody well earned drink and lunch at Brew and Brownie, because dang treat yo self. And B&B’s three cheese and red onion toastie with chutney is the best kinda treat I promise you. Disclaimer – we did change to go into town for said toastie & drink to be fancier (outfit no. 2)… but we crashed out about 3 hrs later and nap before the cinema in the eve with Becca. We well n truly exploited having my car in York and the super duper cheap af Vue cinema at Clifton Moor and saw any and every film we wanted. That evening we saw the Guernsey Literary and Potato Peel Pie Society, and we would highly recommend it, it’s a great film, great actors, and also v informative and emotional. 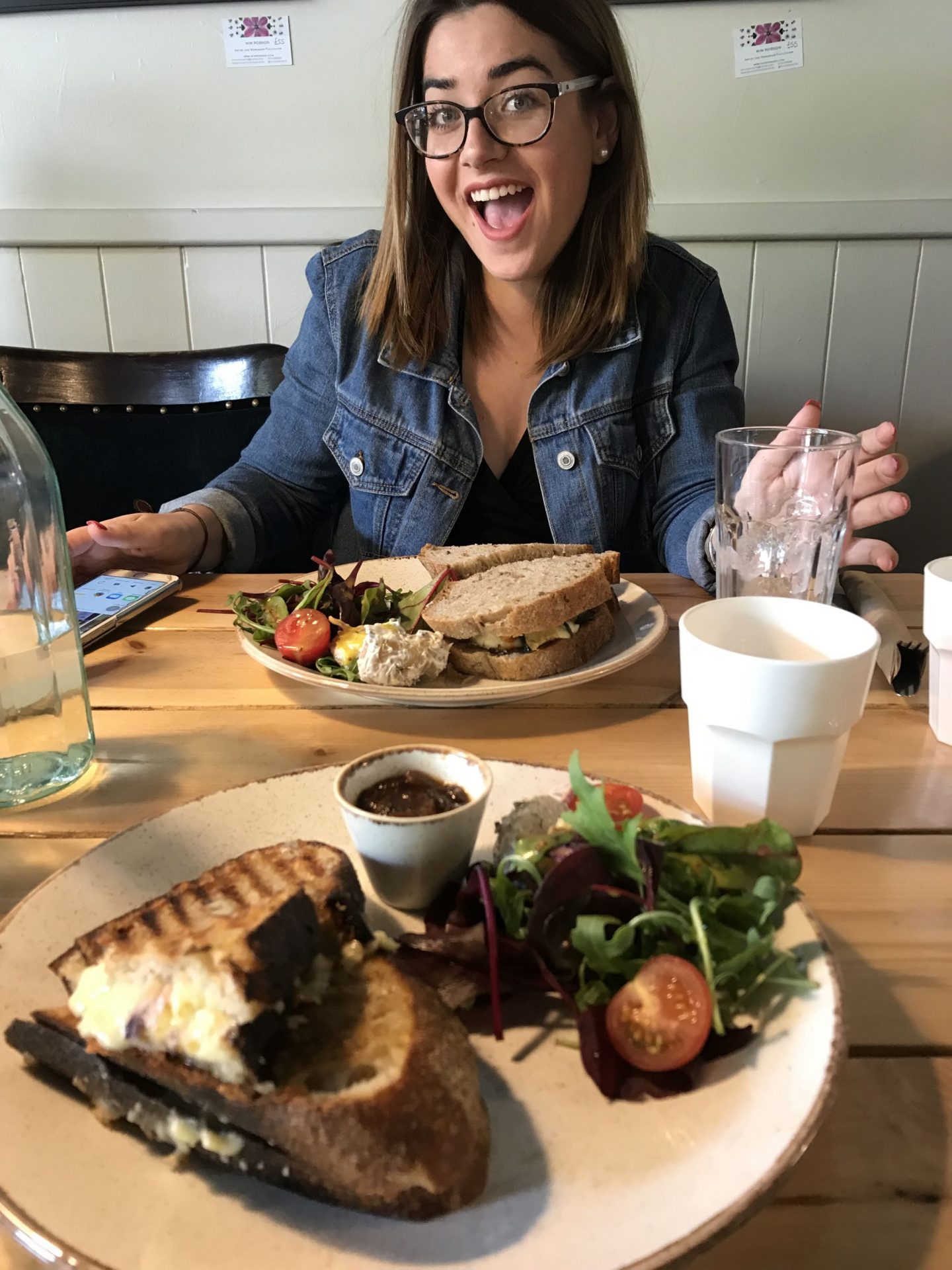 I don’t know where the time has gone, but I’ve loved everything university has thrown at me. There have been highs and lows, and also some mundane middle ground where everything is fine, but you have work to do and can’t go out, so it feels a bit meh and isolating. But I honestly wouldn’t change any part of it, I’ve learned so much about myself, others, friendships, life and books (shock horror) that it’s been one of the best decisions I’ve ever made. I don’t really know why I picked York, I heard it was a nice place and at that time the English department ranked quite highly (and it continues too, thanks to the new Head of Year who is incredible). So I decided to move two hours to the North fully unaware at the time that I came from the South rather than the Midlands, which I soon learned was non-existent – there are only northerners and southerners.

I have learnt other things as well, and even if it doesn’t always feel like 27K worth of knowledge, I know it has been worth it. And one day I may even get a job, we can dream right?

But yes on Monday, I was sat in the sunshine with my coursemates, drinking prosecco after we’d handed in our dissertations and finished the final part of our degree. 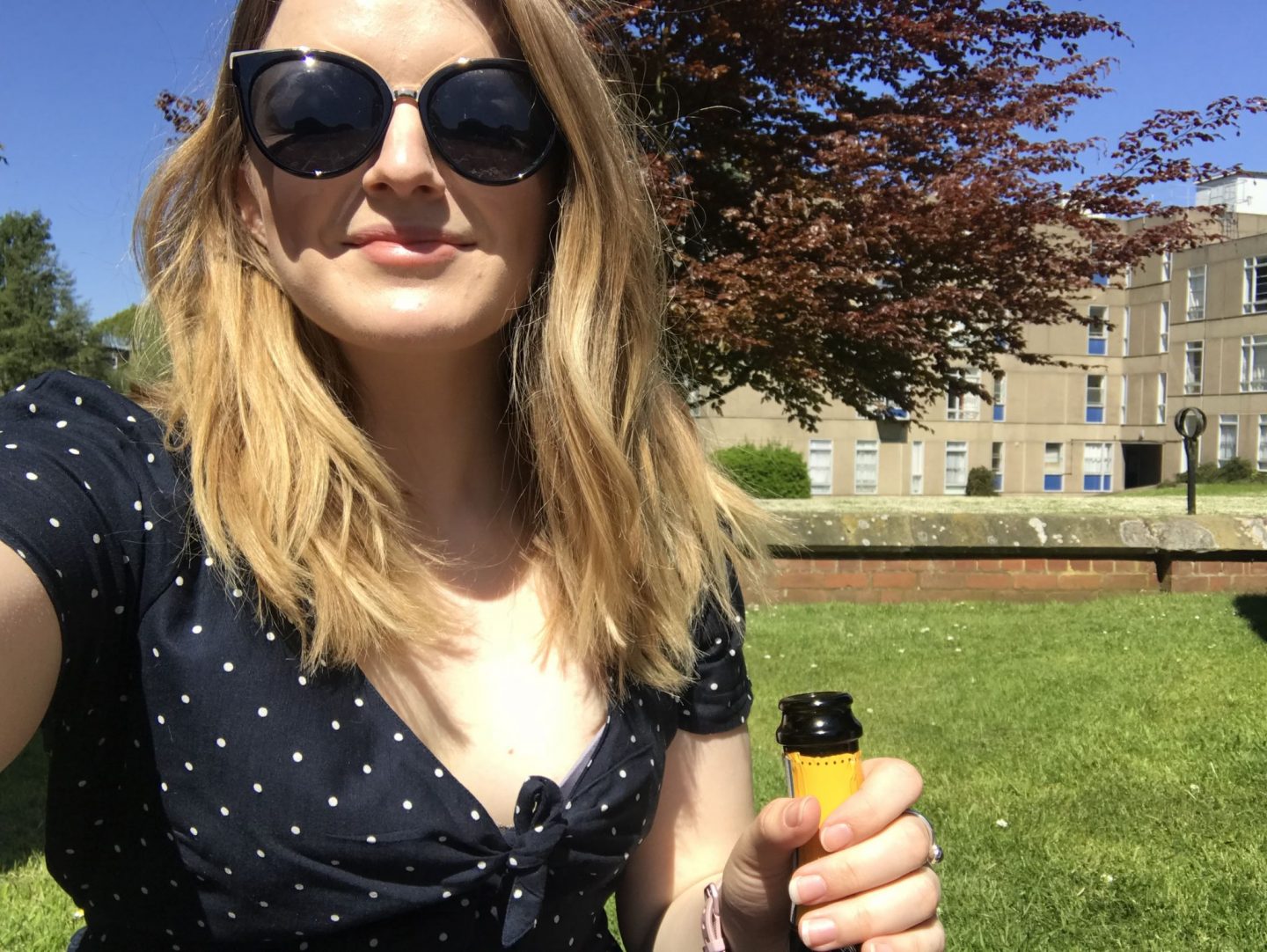 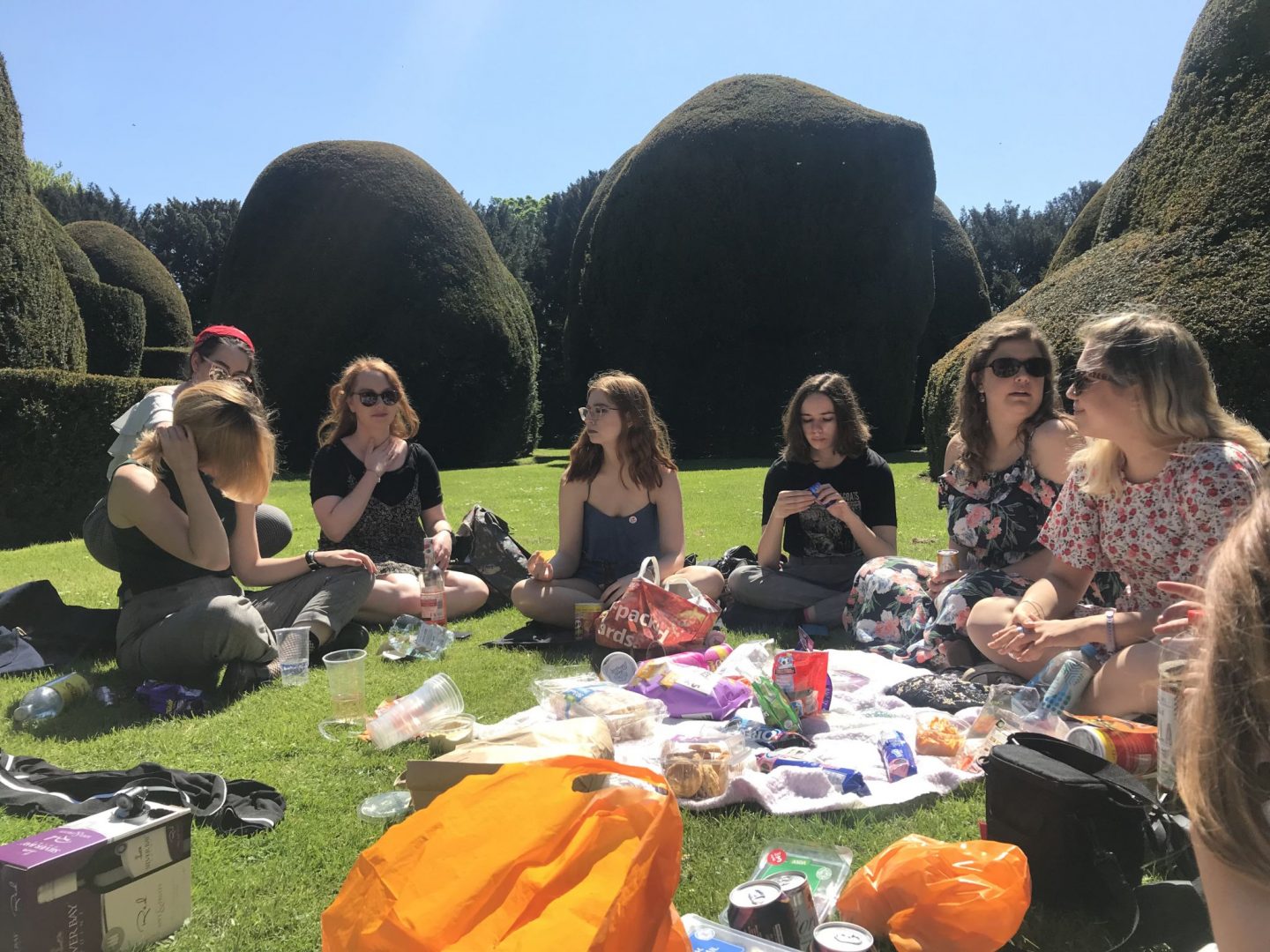 We had ALL the snacks like both savoury and sweet because I’m am one of those great humans that eats a handful of chocolate and is like, um, I need some crisps to balance my tastebuds out pls? There was boxed wine, it was great, classic student budget picnic, where you have to swig your bottle of prosecco. Then we all headed into the department as they held a lil party, so the plan was to grab a free drink and head back, but holy moly there was a lot of people! Basicially everyone in English had finally come out of the woodwork and was socialising – both staff and students. And it was SO nice. Some people I hadn’t seen for agesss, as we’ve all basicially be in our own bubbles typing away. I find that the weirdest part of dissertations; everyone is working constantly, planning, typing etc. but you don’t even have a clue what your friend has actually been writing and stressing about. The highlight of this party was 10/10 our head of year Helen making a lil speech about how proud we should be of ourselves and the department is of us. We all left v emotional and tipsy like “AWW HELEN”. 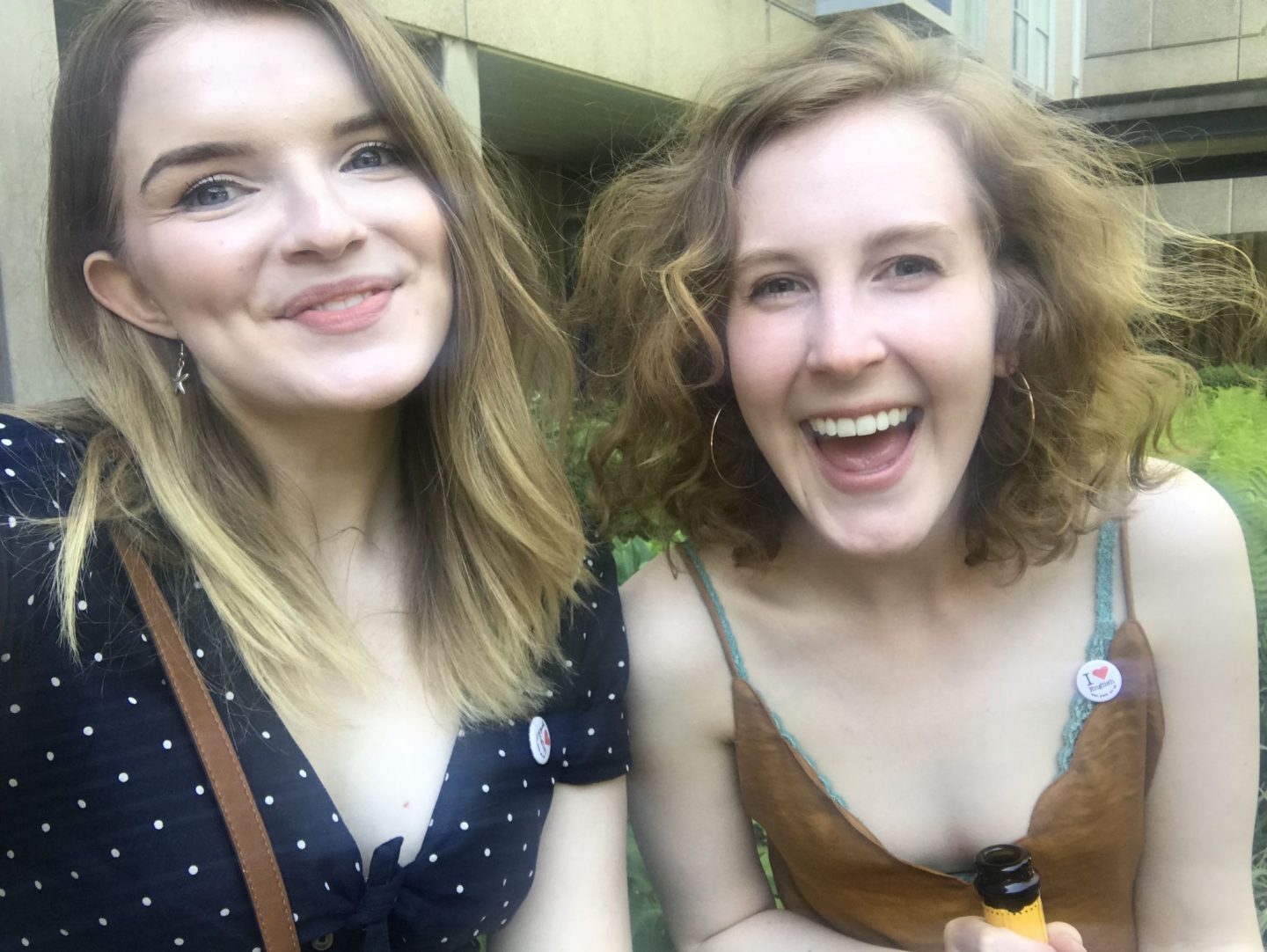 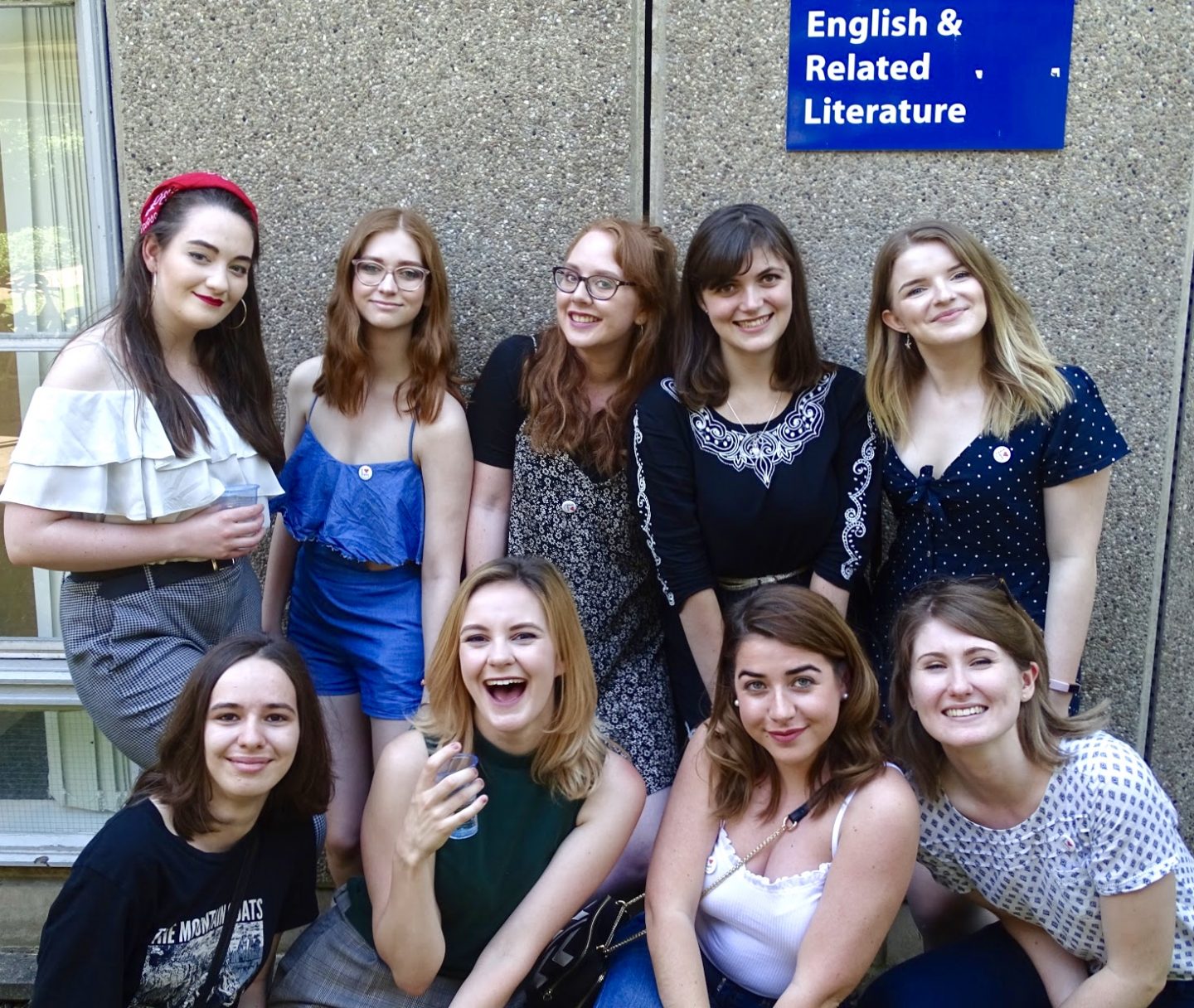 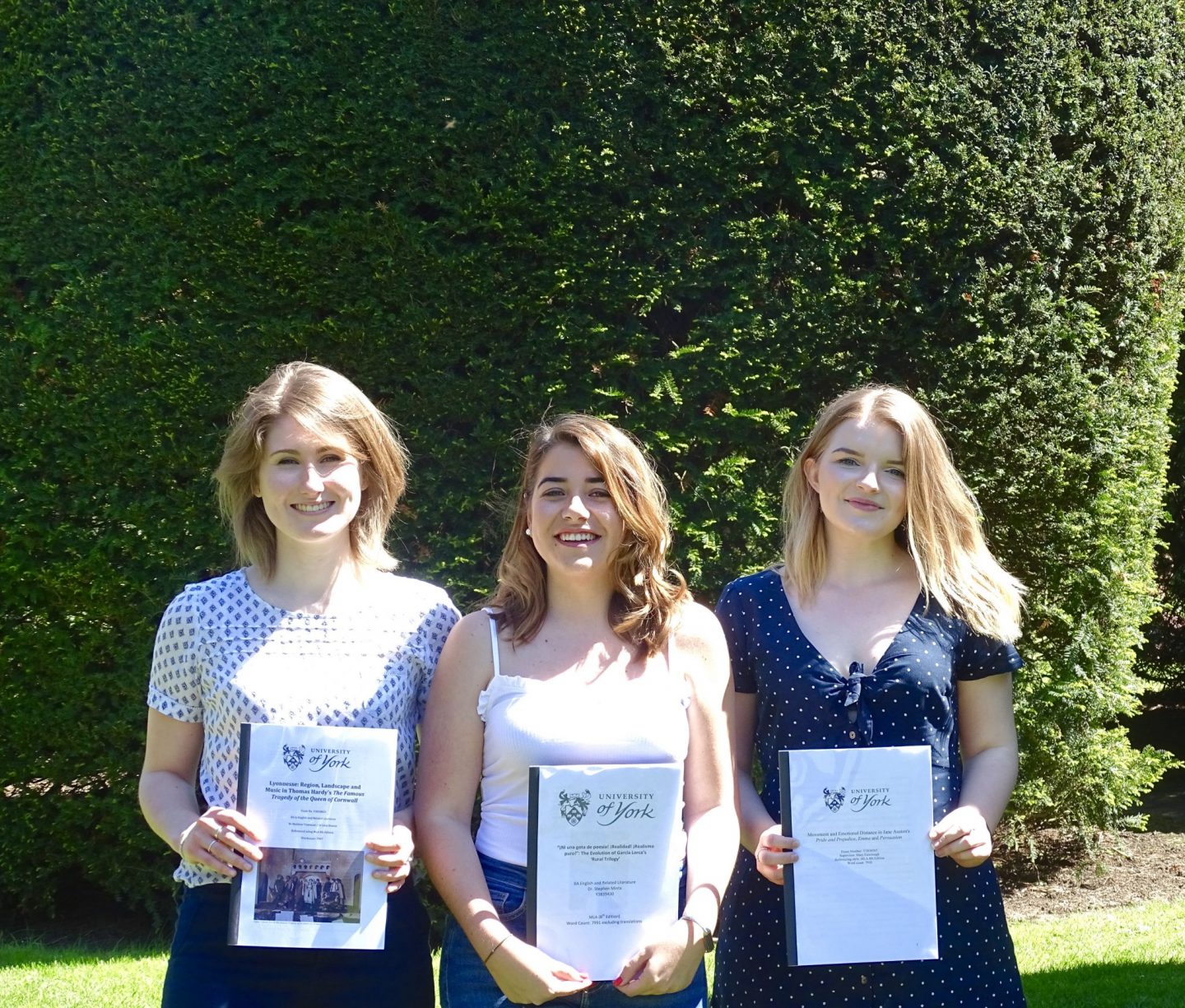 Obvs the celebrations did not end there, but a few of us Grandma’s did take a bit of time for R&R… and pizza, before we headed out still tipsy from lunch ready for more drinks and with the hope to make it to Kuda. And to my past self’s surprise, we actually did make it out. Turns out you can drink for 14 hours straight and still get into a club.

Dusk is one of the lit girls fave bars so we had drinks there, and then we headed to pop world as – prepare yourselves – FLARES WAS SHUT. I don’t think we’ve ever been so sad, well, everyone else was sad, pop world is like my old gal pal I haven’t seen in over a year (read lifetime). So I welcomed her back into my life with cheap apple sour shots and dancing on that revolving dancefloor to Shakira, ahh bliss. Scarily Fran brought her camera out to drinks and pop world, so be warned about the high-quality photos of sweaty af faces and poor dancing. 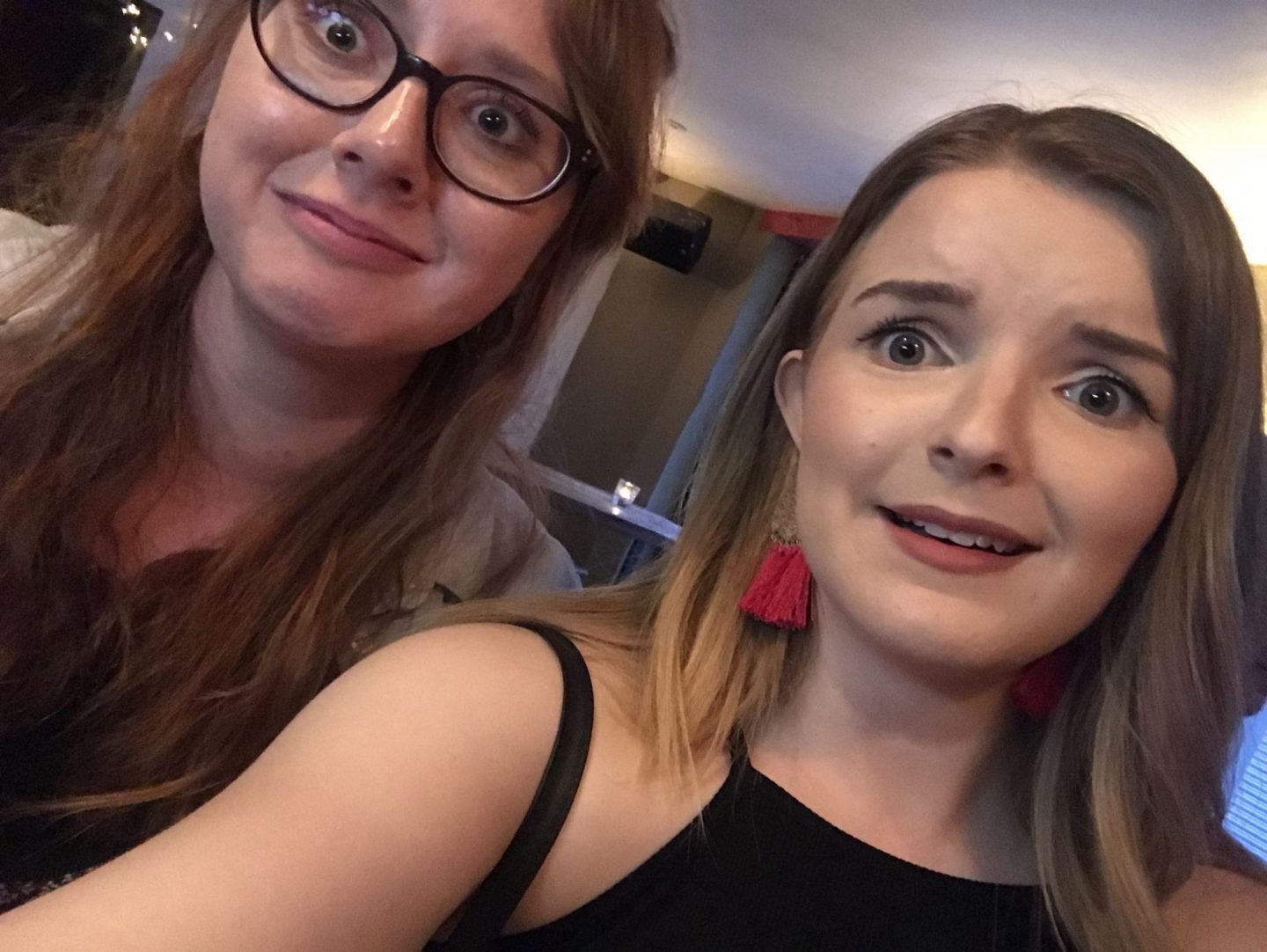 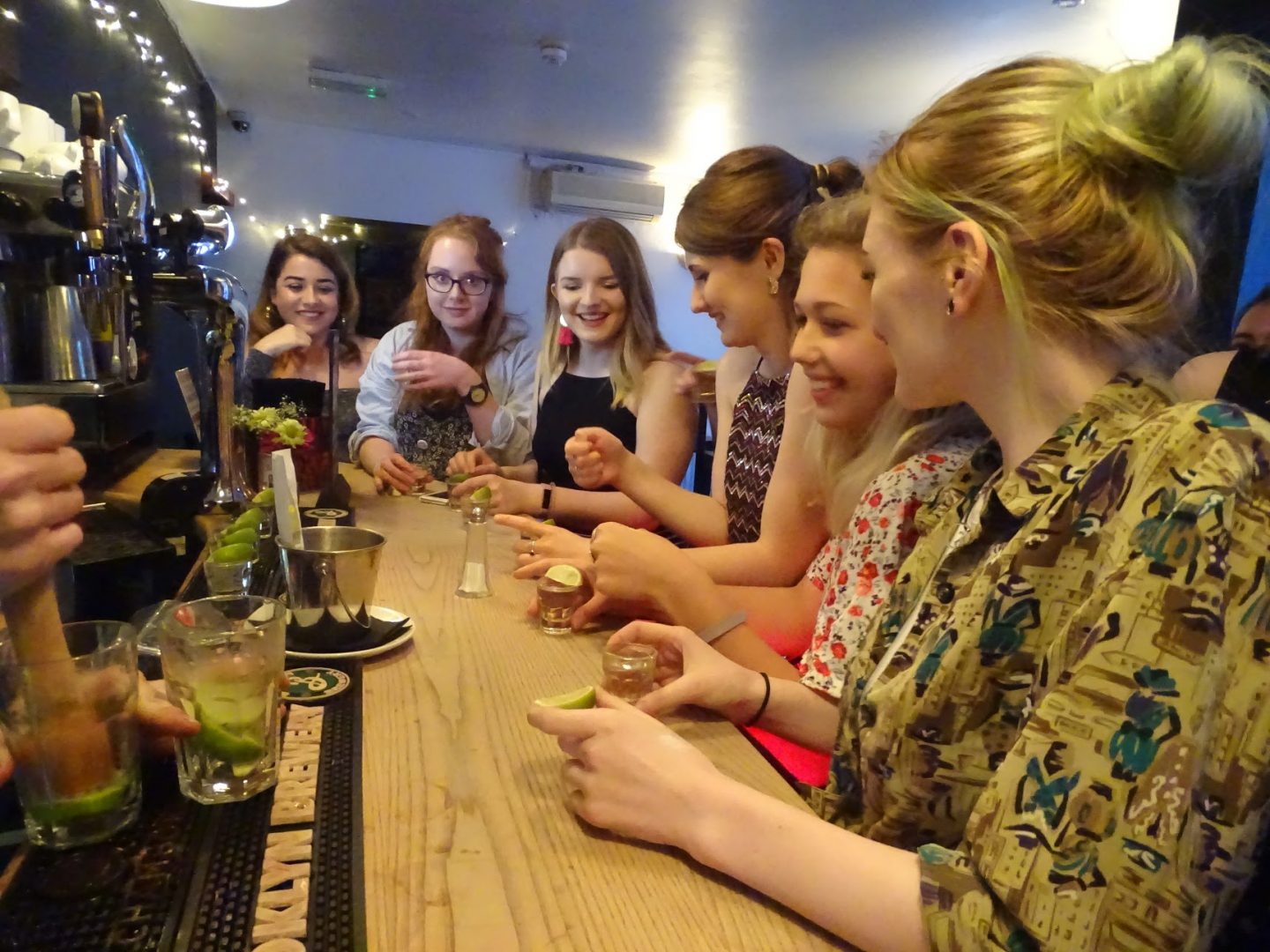 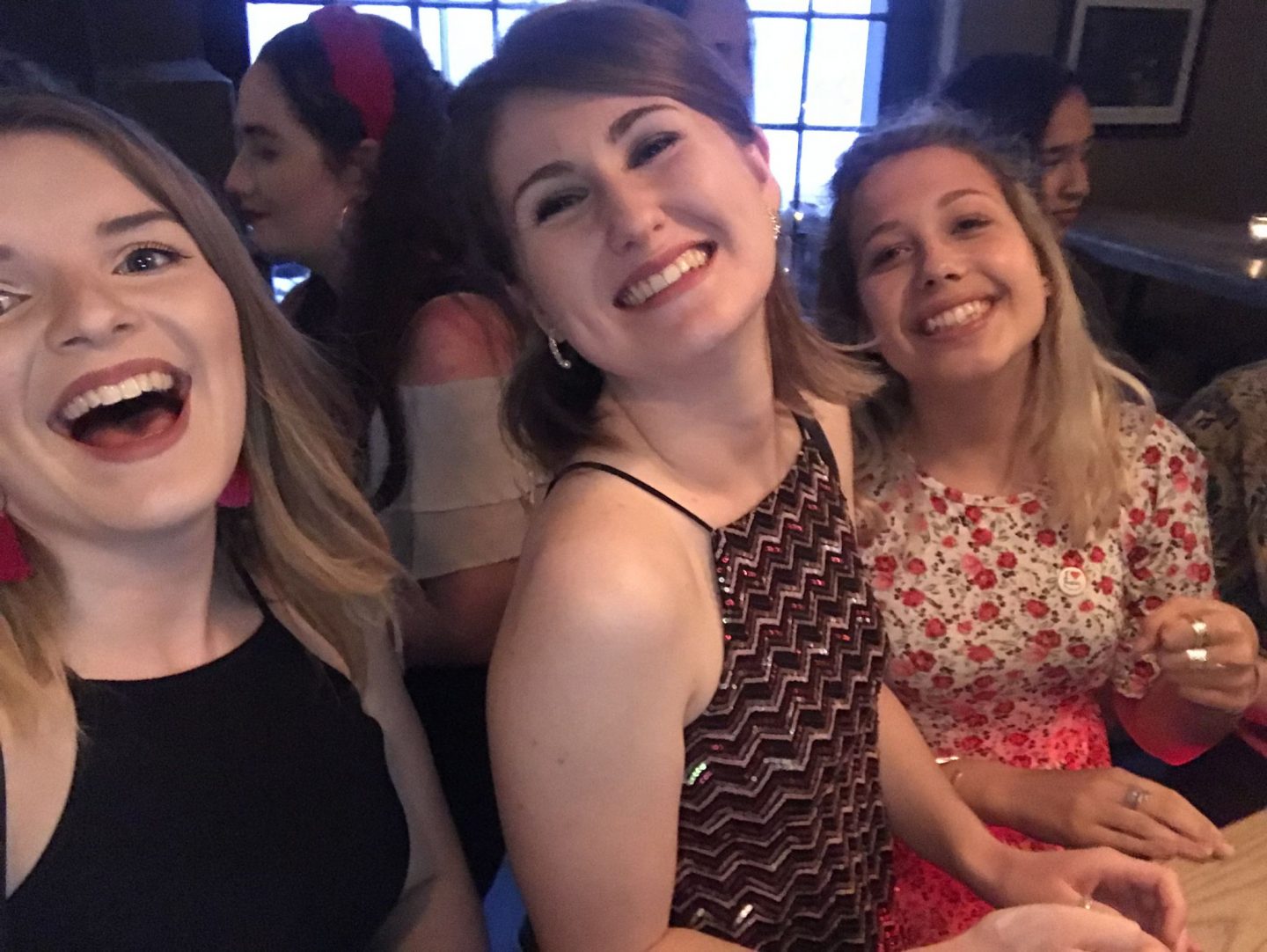 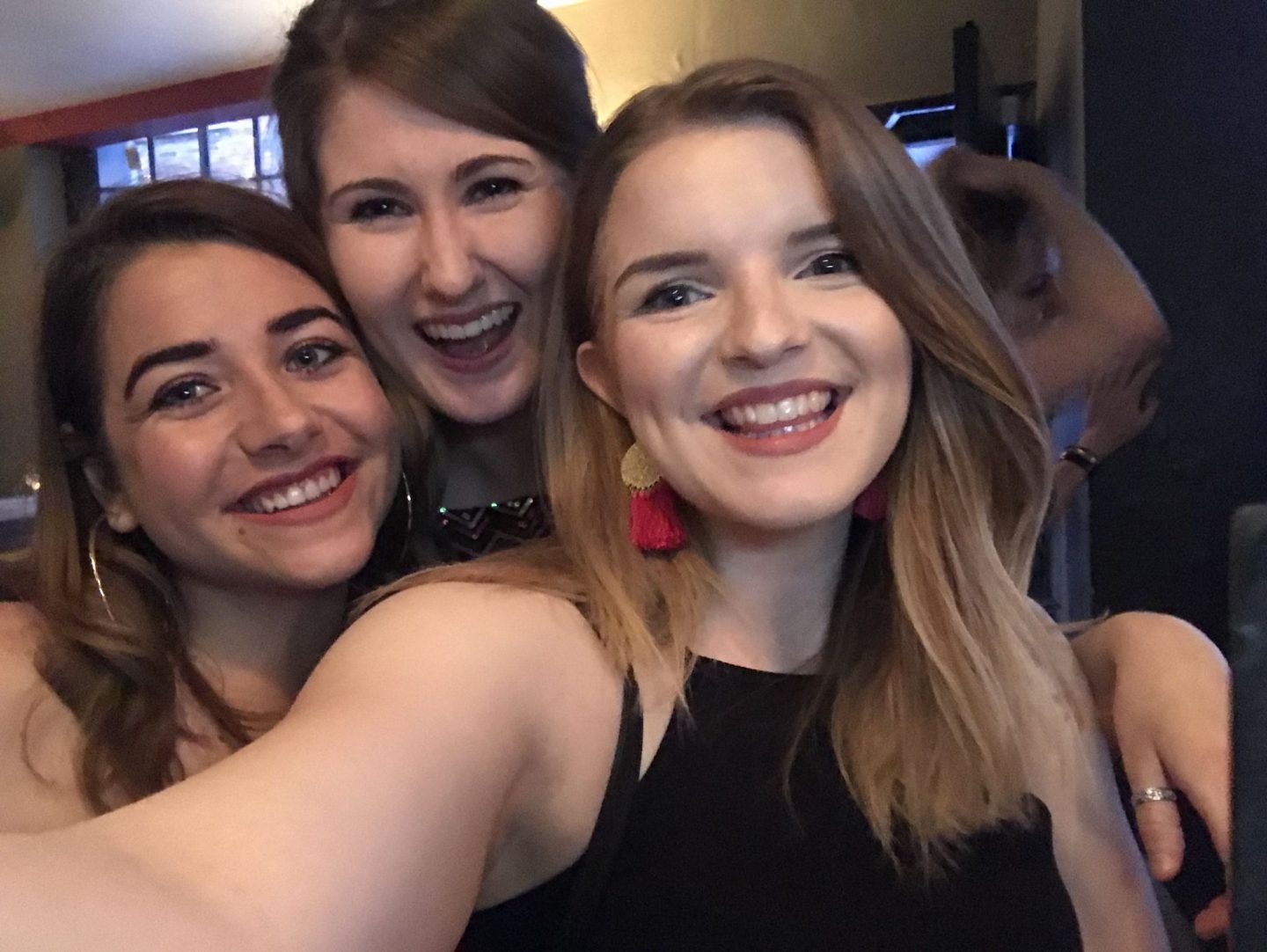 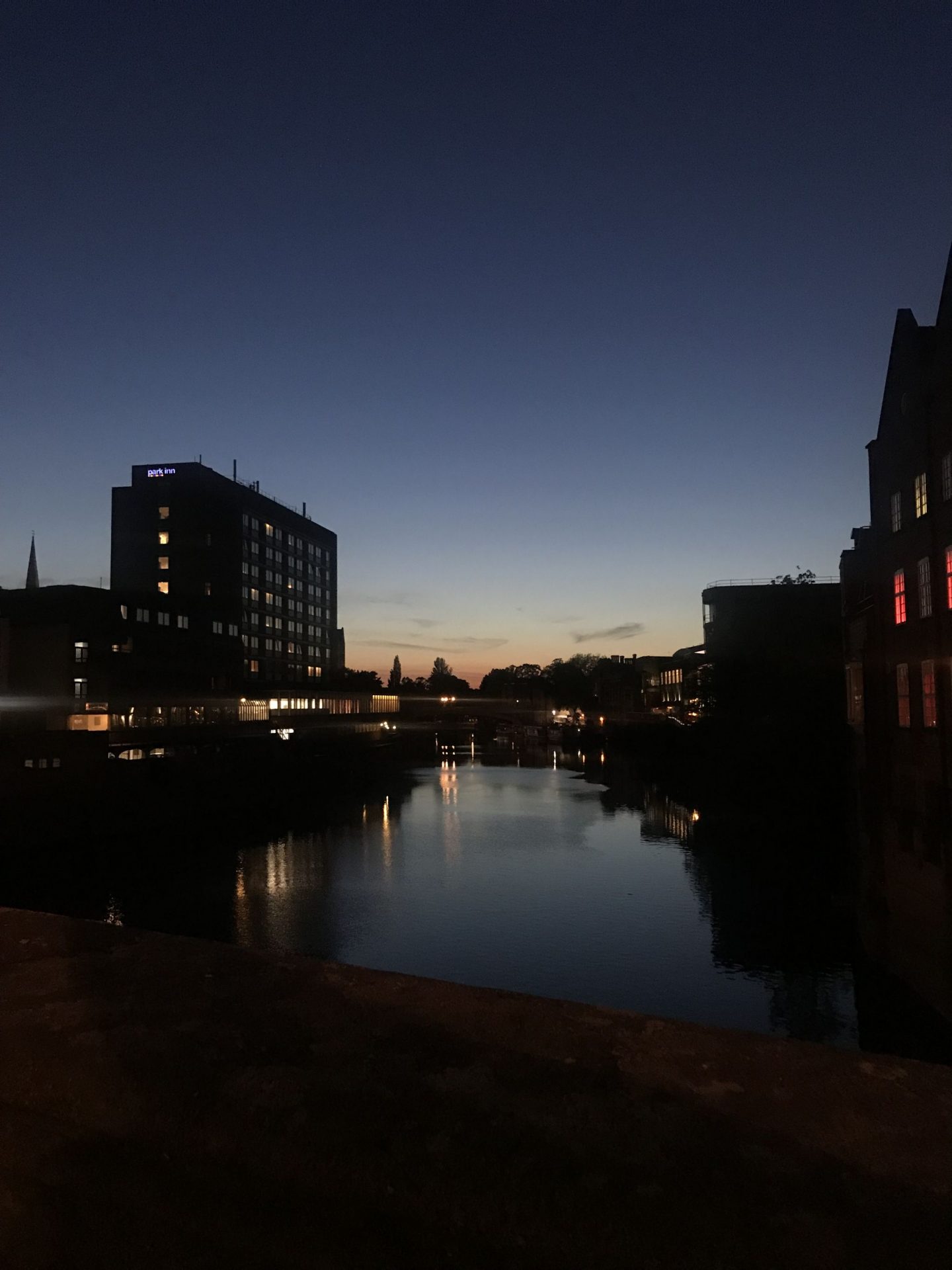 Kuda was also amazing, and I do think my life peaked when I was stood in the middle of Kuda with two of my best friends, singing our guts out to This is Me. It was the perfect end to university. It was definitely one of the best days and nights out I’ve had, with just truly amazing and empowering women all slaying their own path in life. And I’m SO pleased and disgusted that I have photos to remind me of it forever. 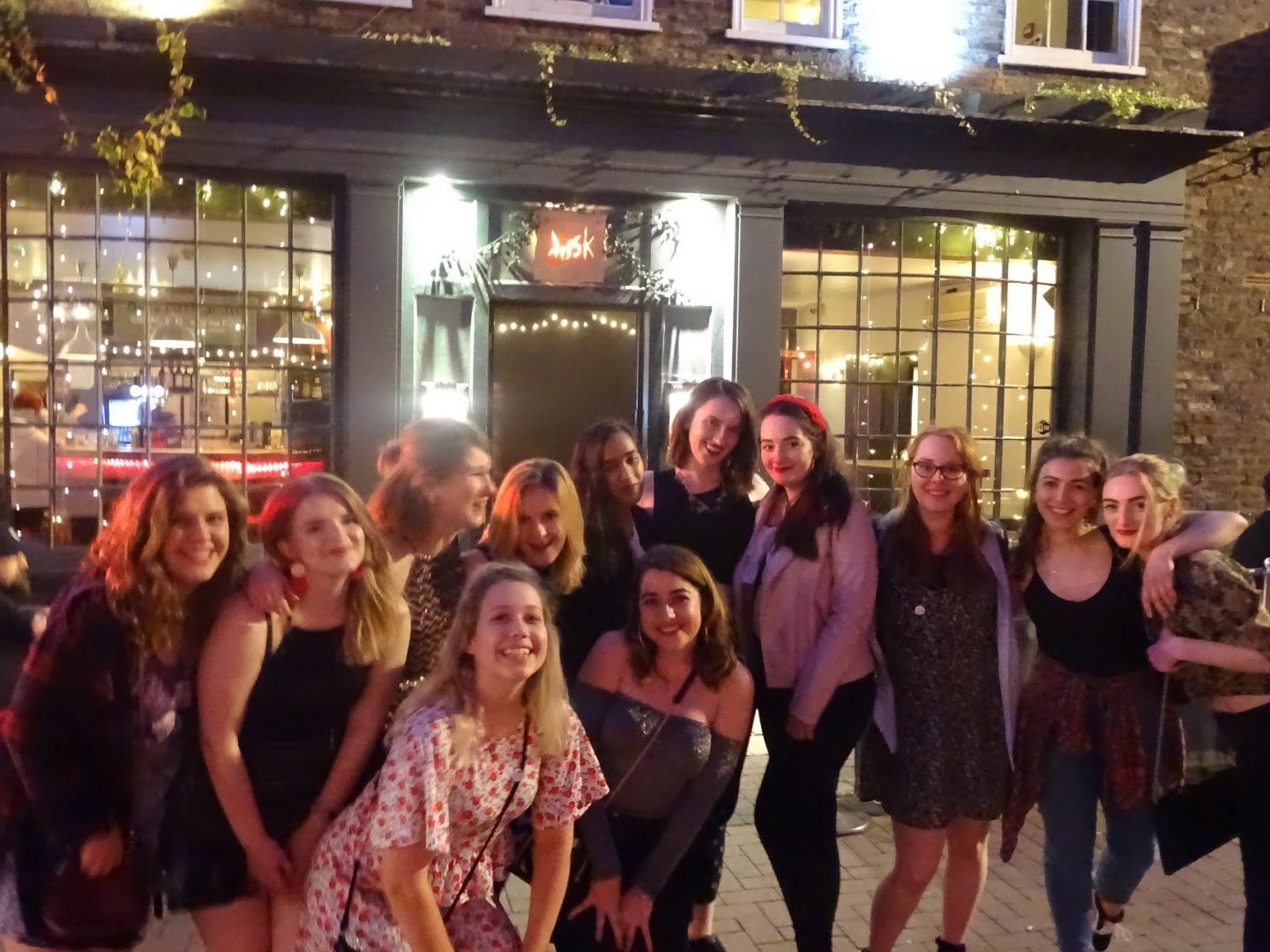 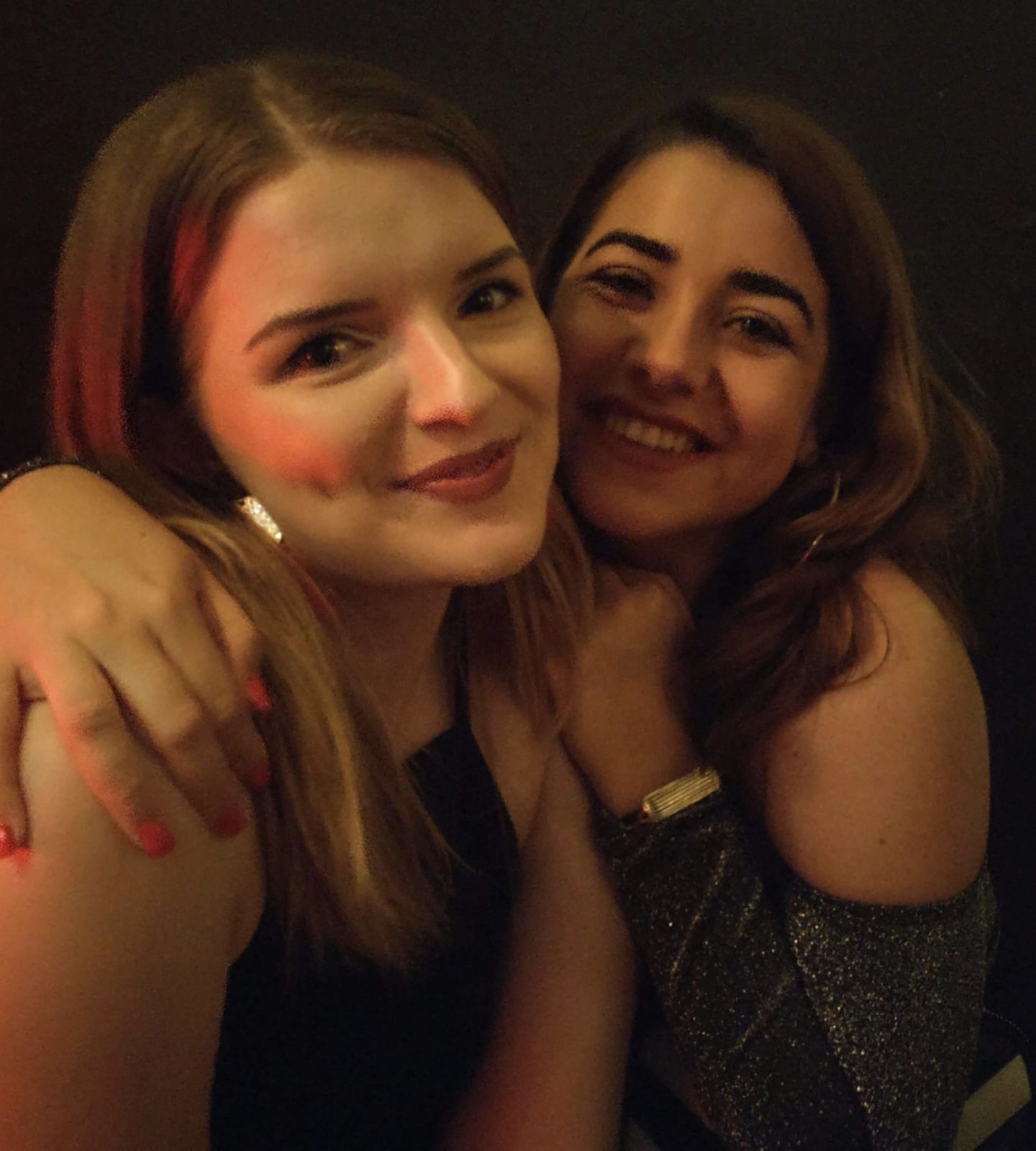 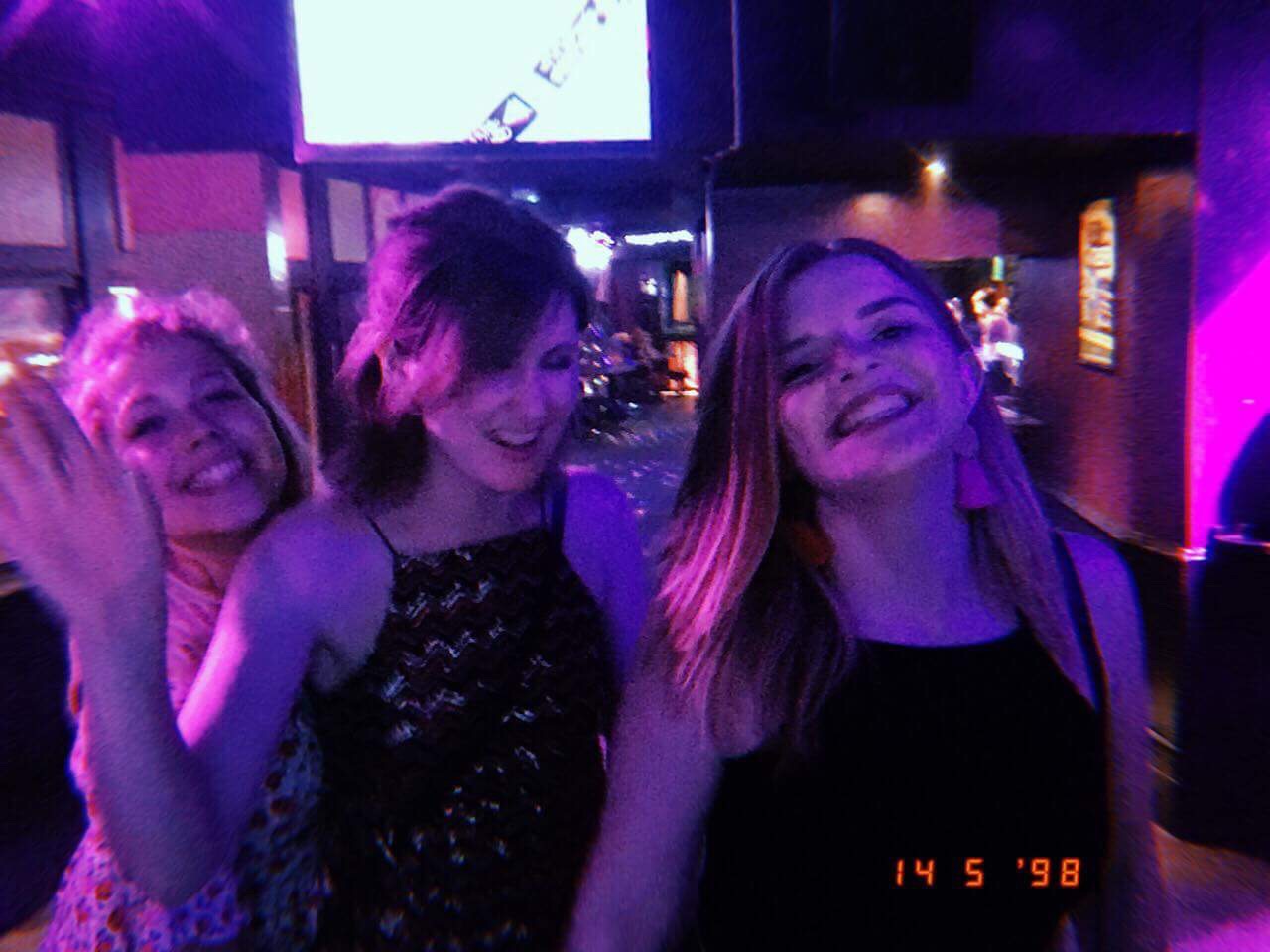