So as we drove from Las Vegas to the Grand Canyon we passed the Hoover Dam, but as you can’t see it from the road we pulled in down a very narrow steep winding road – my Mum’s favourite type lol jokes – and went through high security aka drove up to a man and he said hello, then let us through, then parked up to go and see the Dam. And DAMN. 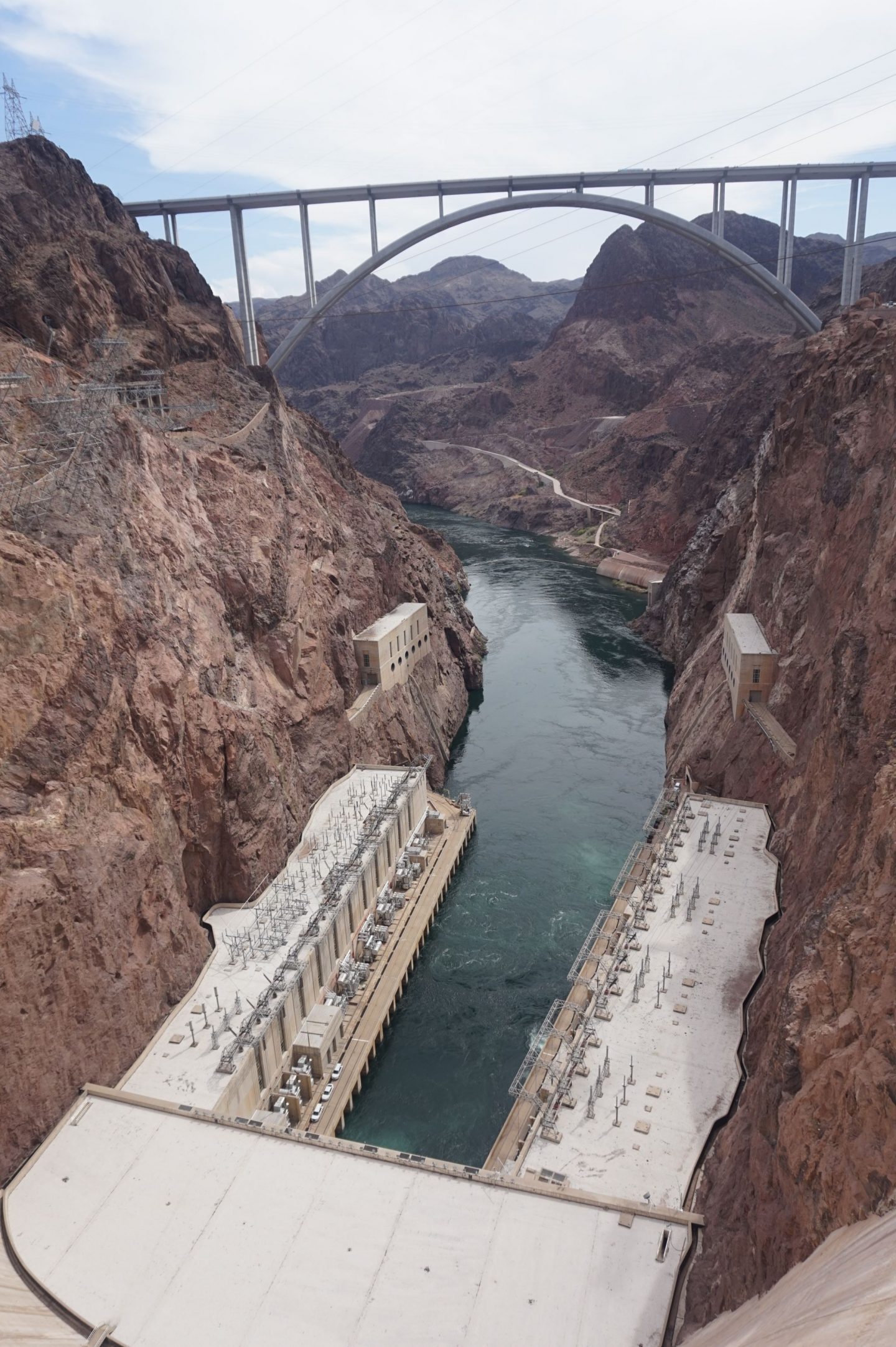 The Dam impounds Lake Mead (which is stunning) and part of the Colorado river and generates public and private water supplies for Vegas, some of Nevada and Arizona, as it sits on the boundary between Arizona and Nevada. It was also named after President Hoover. There are tons of fun facts on the US Bureau of Reclamation website including being the second largest hydropower producer in the US and delivering 10 trillions gallons of water to people every year. Deffo read through, as it’s really impressive. 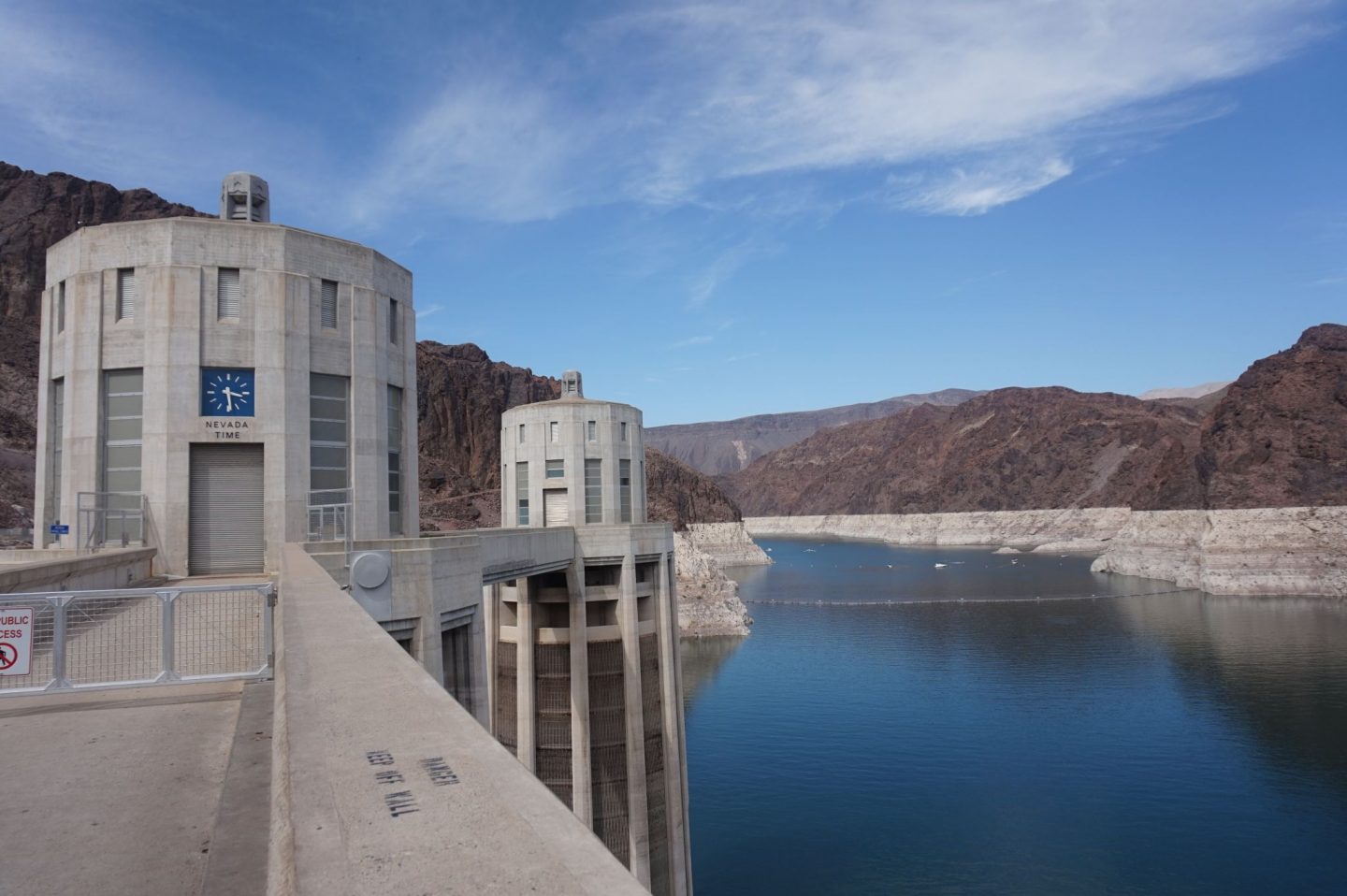 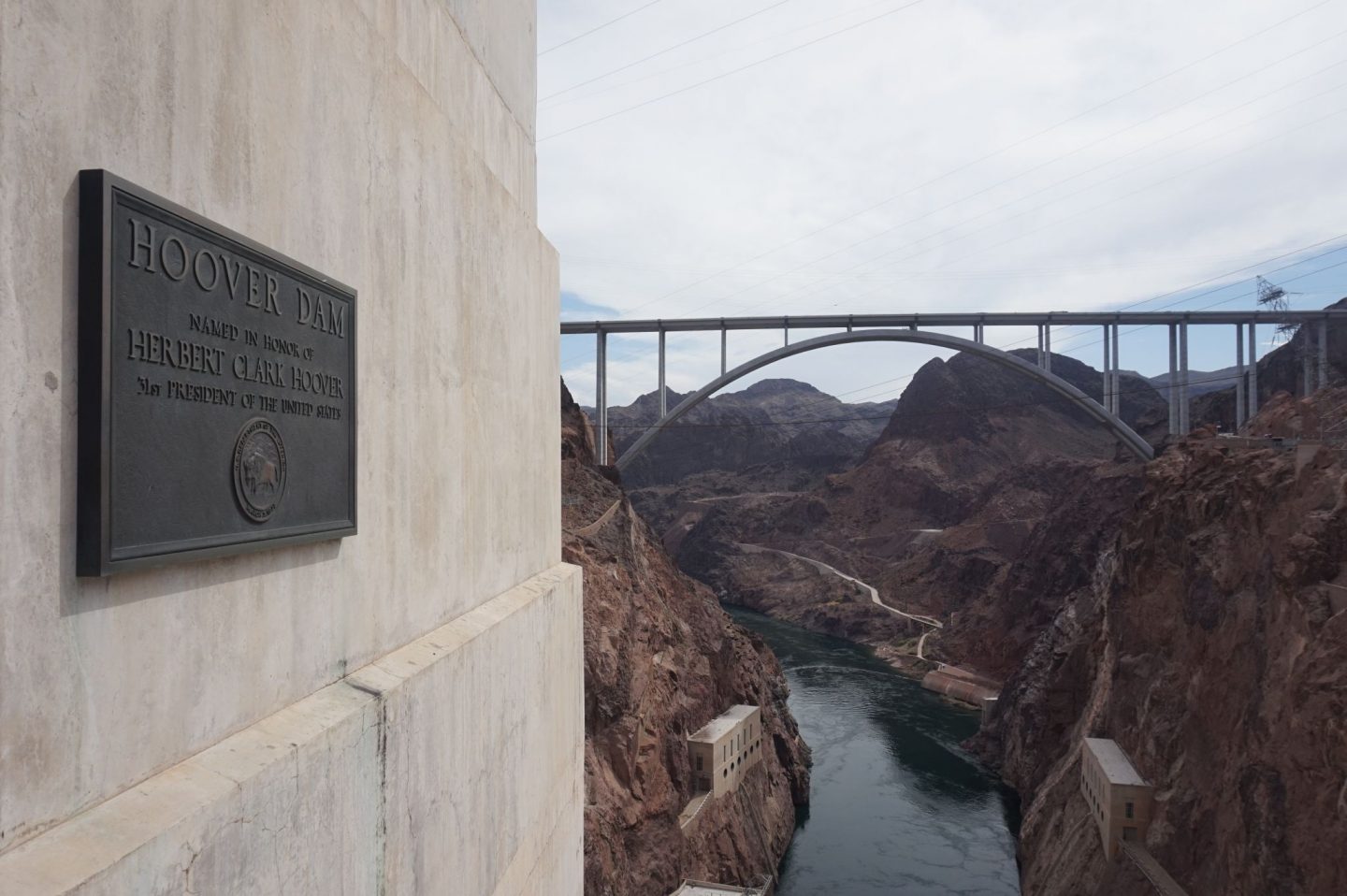 It’s definitely worth a visit, even though there isn’t obviously much to do other than see the Dam and go into the short museum about the Dam being built, but it is quite breath taking to see. It’s also one of those locations used in sooo many films, and when you see how spectacular it is you can see why. We loved and deffo would stop off there again!