So Vegas is nothing like LA, or anywhere ever. It completely has it’s own thang going on. Now we drove from LA which took us around four hours, through the desert and with Friday traffic – good one Bacons – before out of nowhere in the middle of nothing was shiny Vegas BABY.

It was SO SO cool. We have absolutely no equivalent in the UK in terms of scale – everything is huge, but you can drive the strip in literally 15 minutes (cray) and there is SO much going on, 24/7 everyday of the year including Christmas – shall we go?

On the strip there is EVERYTHING and it all looks insane, so first we drove past the pyramid (?) then New York New York hotel with the mini New York and lil rollercoaster, then the Hard Rock Cafe, Flamingo hotel, the Eiffel tower at the parisian hotel, then mini Venice with canal and ALL. Mini Venice was scarily accurate actually as it was vivid in my mind from last year. Then we made it to Caesar’s which is considerable distance up the strip when it’s v v hot. 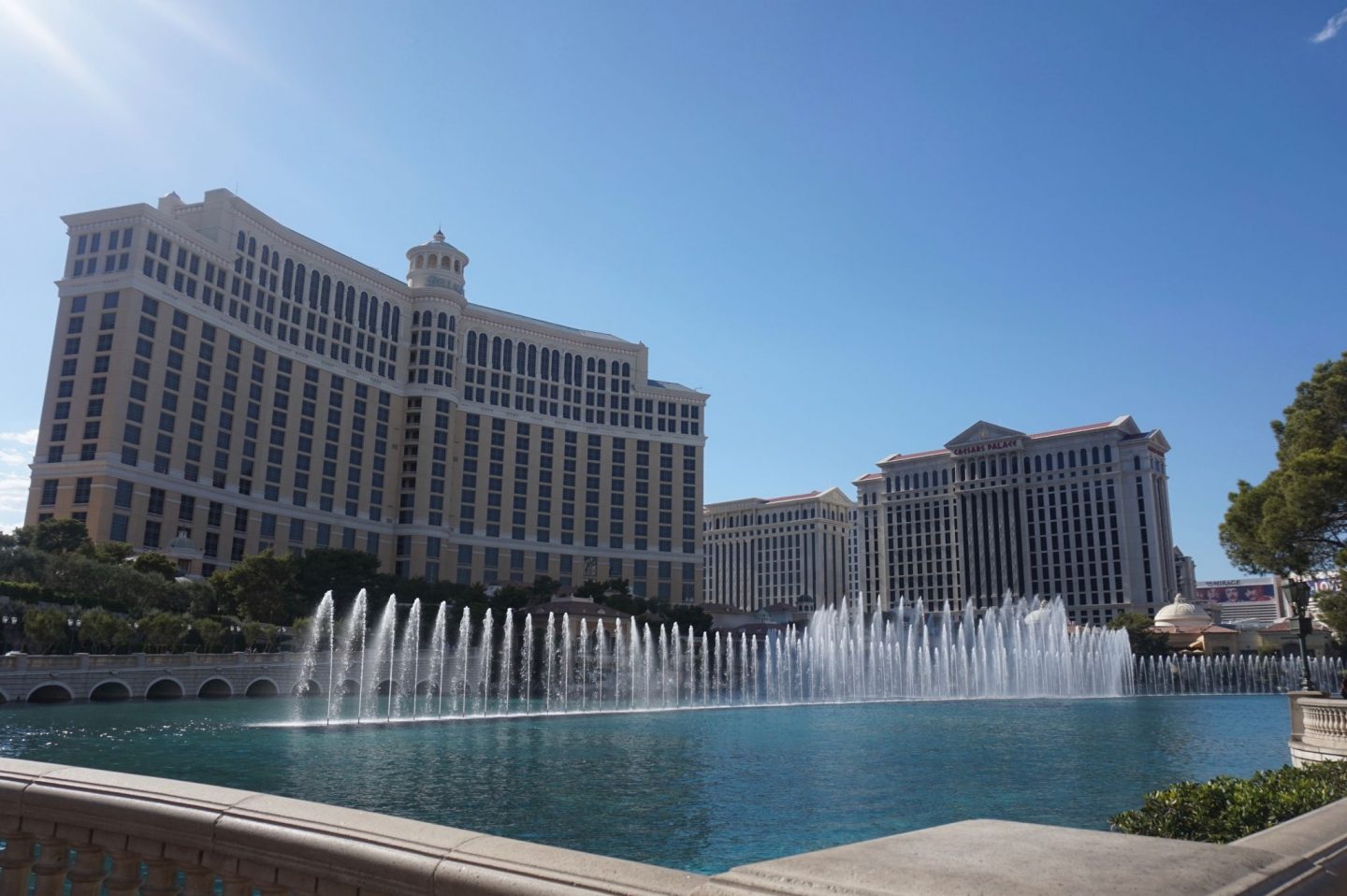 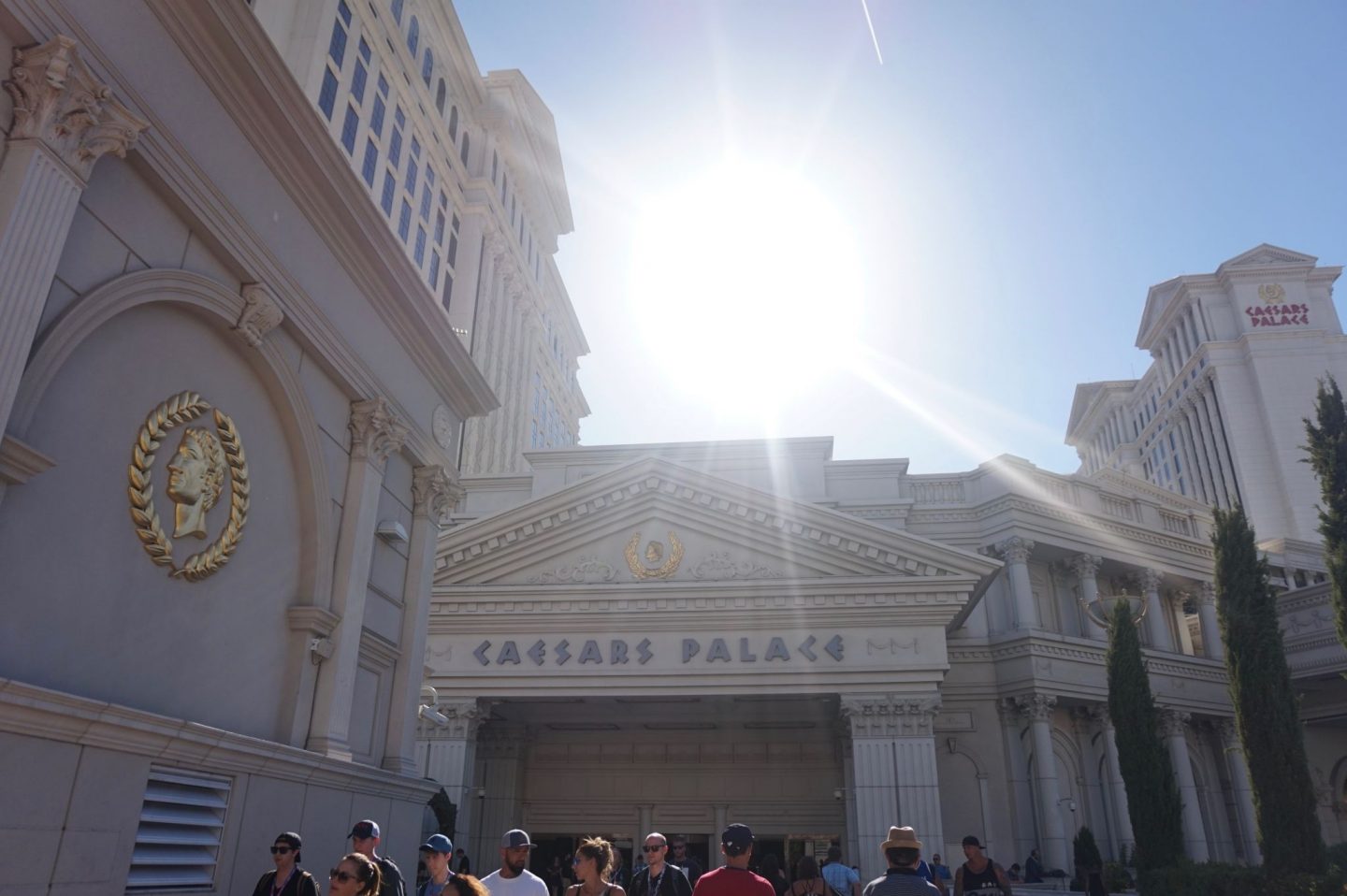 Then we got up to Treasure Island and felt as tho we were in Miss Congeniality – I wish, and then in the distance in bright flipping gold was Trump tower, UGH.

Anyway, so this was our fifth day in the US and we stayed in the MGM Grand on the strip, which while a tad pricey was worth every single dime, ey get the American reference. You literally didn’t need to go anywhere else if you didn’t want to, and after driving for four hours, returning the car and getting a taxi to the hotel in 40 DEGREE HEAT you don’t really want to do that much. So we checked in and went into our room, to yanoo this casual lil view with the Vegas runway in the back. 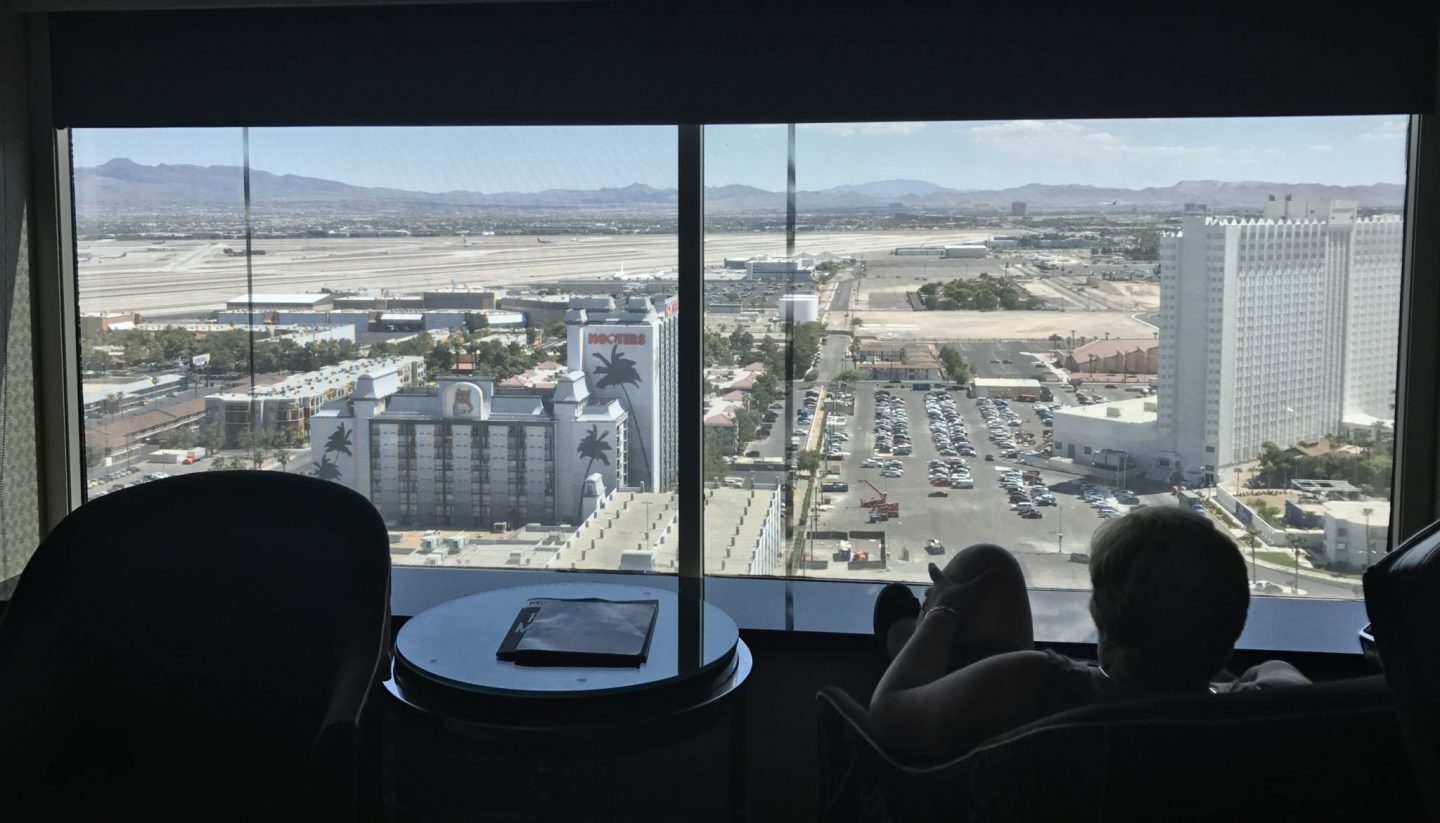 I think this was the 28th floor or something, the next time we stayed there which was a two nights later it was around the same height – crayyyyyy.

Now being under 21 neither my bro or I could gamble or drink, or watch comedians or shows where there was offensive language or drink, but we could walk through the casinos to see the many hen and bachelor parties playing on the slots losing all their monies without losing our own, result.

Also as Vegas is yanoo full of fun filled people, and we knew nada of them, we decided to impromptu dance here and there bc well why not when music is blasting everywhere – sorry to anyone who saw, or anyone now visualising it.

We also made full use of the buffet which combined all meals and once eaten would literally last you for the whole day, and we did that the two times we stayed as the bacons are legends… when food is involved.

Would super recommend the hotel though, we all loved it, including the four pools, and the location as you just walked out onto the strip. We also made the mistake of walking up the strip at 2pm when the sun was blazing and it was 42 degrees, we also had no water, I would not recommend this. The next time we stayed (two nights later after the Grand Canyon) we used the monorail and realised you could use this, then get off and walk through the hotels to have minimal time in the furnace which was the street. 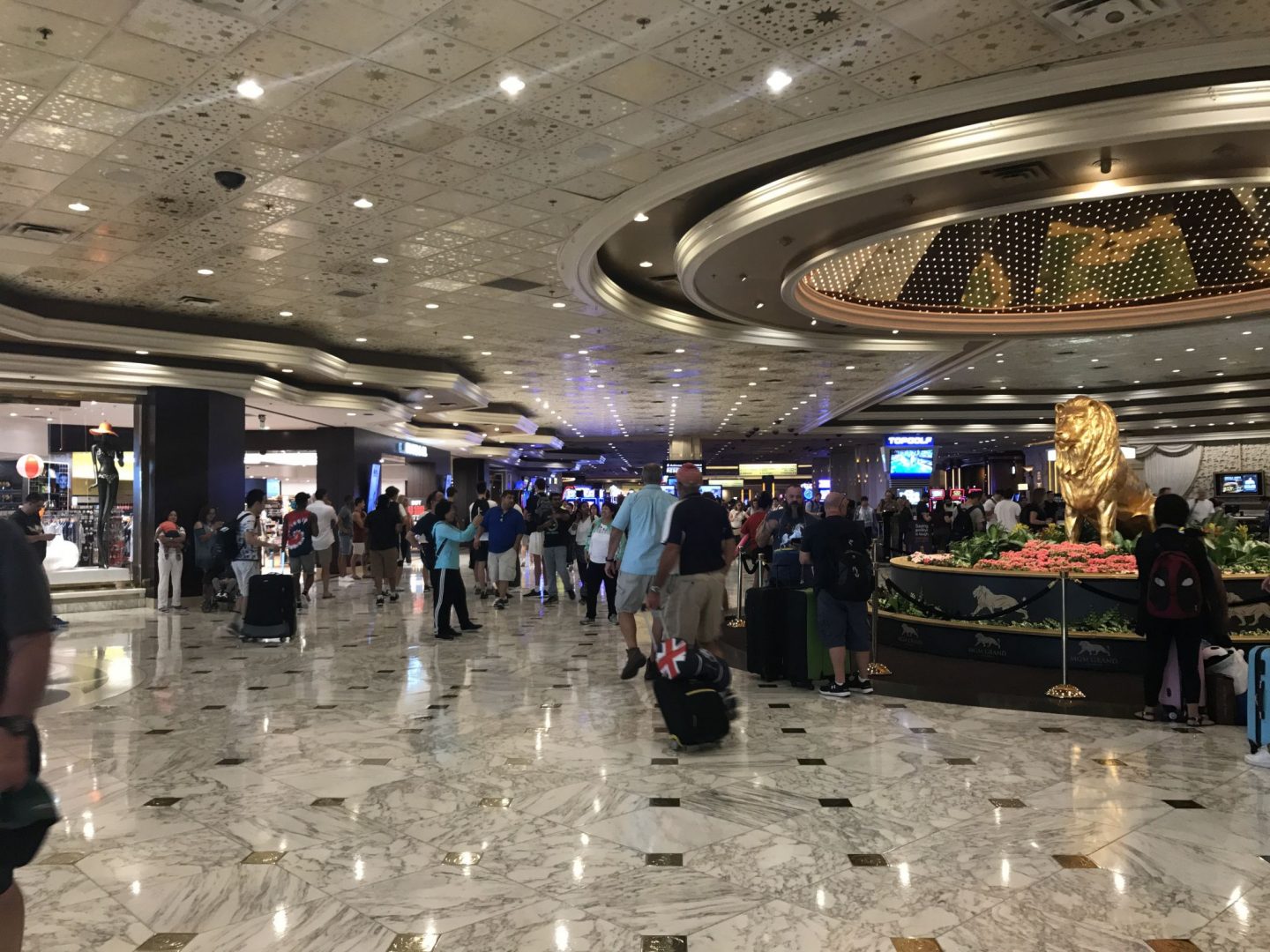 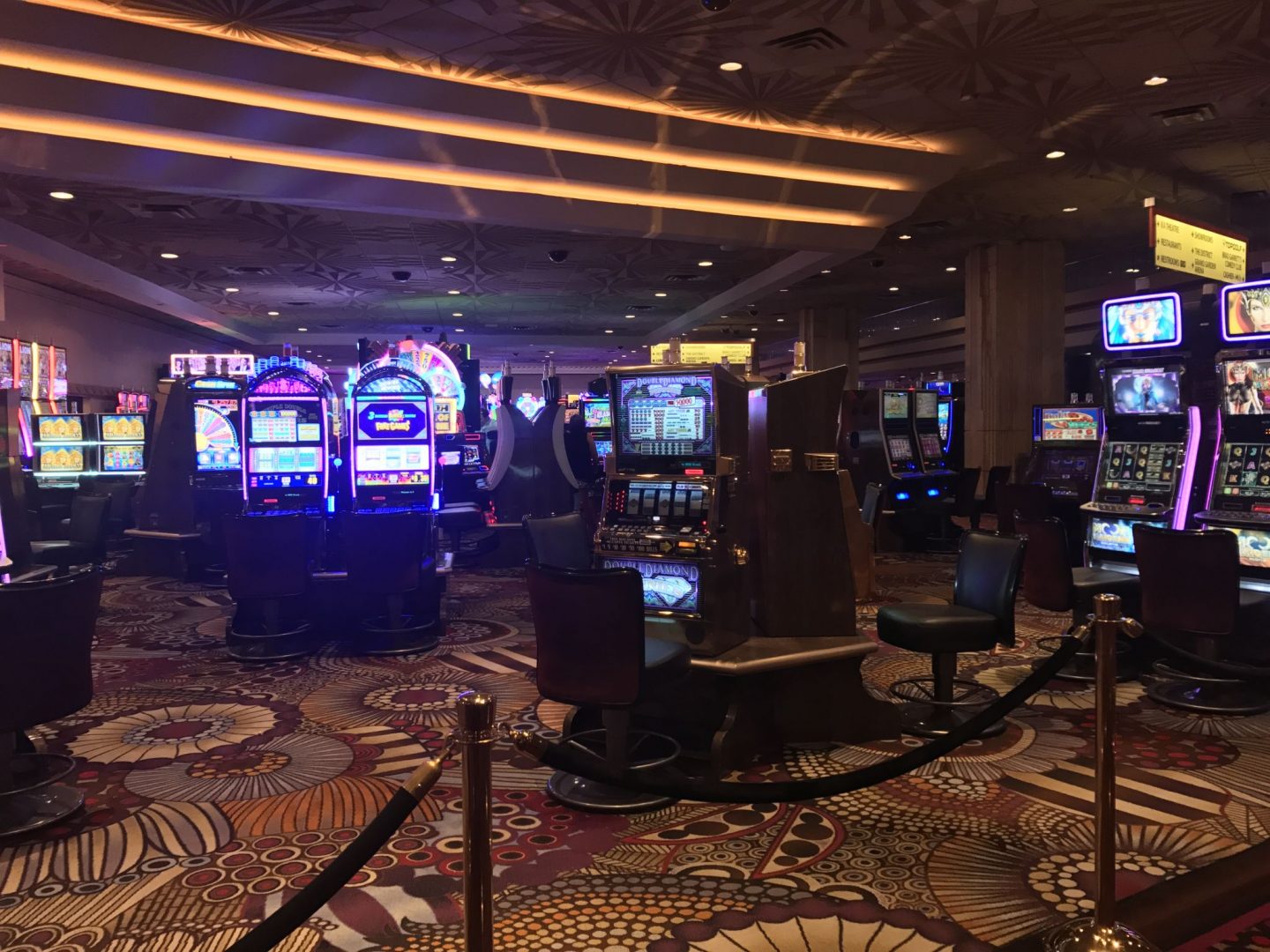 Also in the MGM there was a food and shopping district and a TV district, where a 30 min pilot for a new CBS show was being shown every half hour, which we decided to do being huge fans of CBS’ finest Bull and NCIS. It was the pilot of Me, Myself and I that comes out in the fall in the US, and it was sooo funny, would deffo recommend for an original comedy.

Unfortunately for the two separate nights we stayed we didn’t get a chance to see one of the Cirque du Soleil shows for under 21s, but there just wasn’t time for everything.

One of the best things about the MGM was the pools, as oh my days, especially first thing in the morning when it’s still 30 degrees, it was just dreamy. 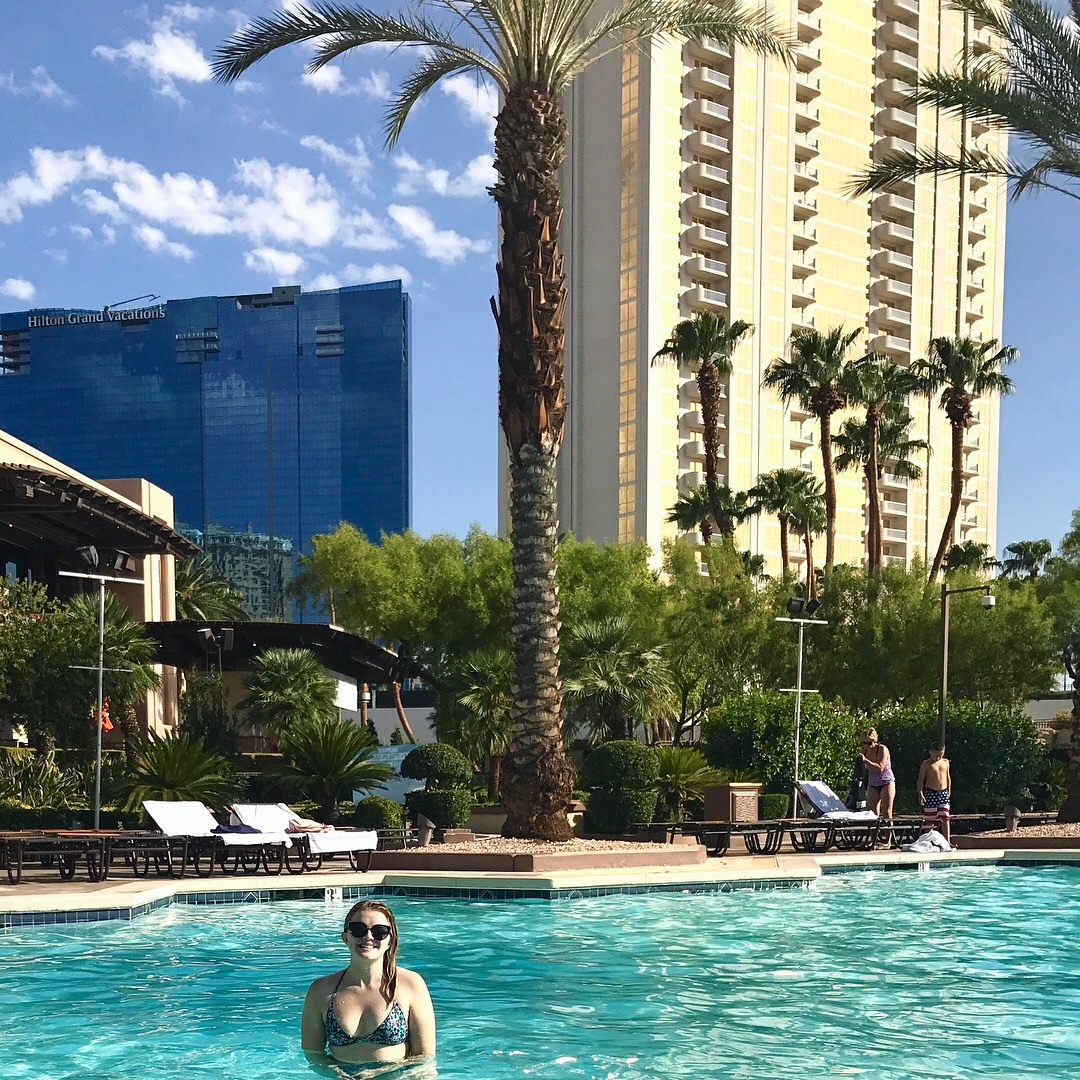 Vegas is just the dream really, and when I’m 21 I will deffo be going back to enjoy it alllll, and be like several people we saw asleep at the slots, having shots at 7am and livin the Vegas life. 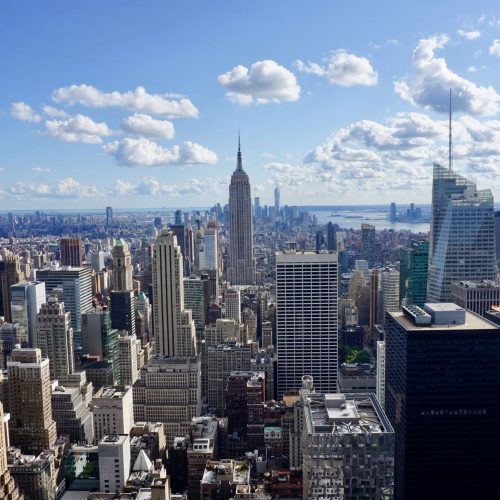 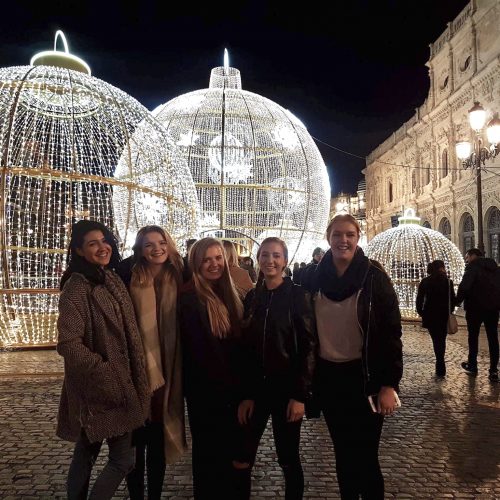