I have just finished a 14 hour day in the library so naturally I thought this was a perfect time to write a blog post, because I just can’t get enough of writing. HA, I deffo can and have after writing 6,000 words. I’m not even convinced they were good words, just ones that I’ve written down, but that’s a start right?

I was going to post a weekly as I did last year and as I managed for the first three weeks this term, but then everything went to shit, mainly as I had a hole in my hand that needed to yanoo heal. But, injuries aside, this term has been an absolute ball. I mean an exhausting ball for sure, a ball after which you need to sleep for several days to recover, but it’s all for the mems ey? Oh, and a degree – always forget that last part.

So rather than bore you with a post where I rack my brains like “oh what did I do again last Tuesday at 8am?” I thought I’d write a summary of the best bits or the bits I can remember of my final Autumn in York. I will probs miss a lot off and add to this when I am not so sleep deprived, as it’s 12am on a Wednesday morn and I have two essays in for Friday so this is as good as it’s gonna get rn.

Lollapalooza Lipysnc – the English gang and I had never been before, and as the name suggests it was a Lipsync battle and it was flippin’ amazing. We all attempted last min to do the Galaxy theme and just went nuts with glitter, drank and danced lots with sit down breaks as oh my days my new heels tried to kill me. But yay, was a FAB night. 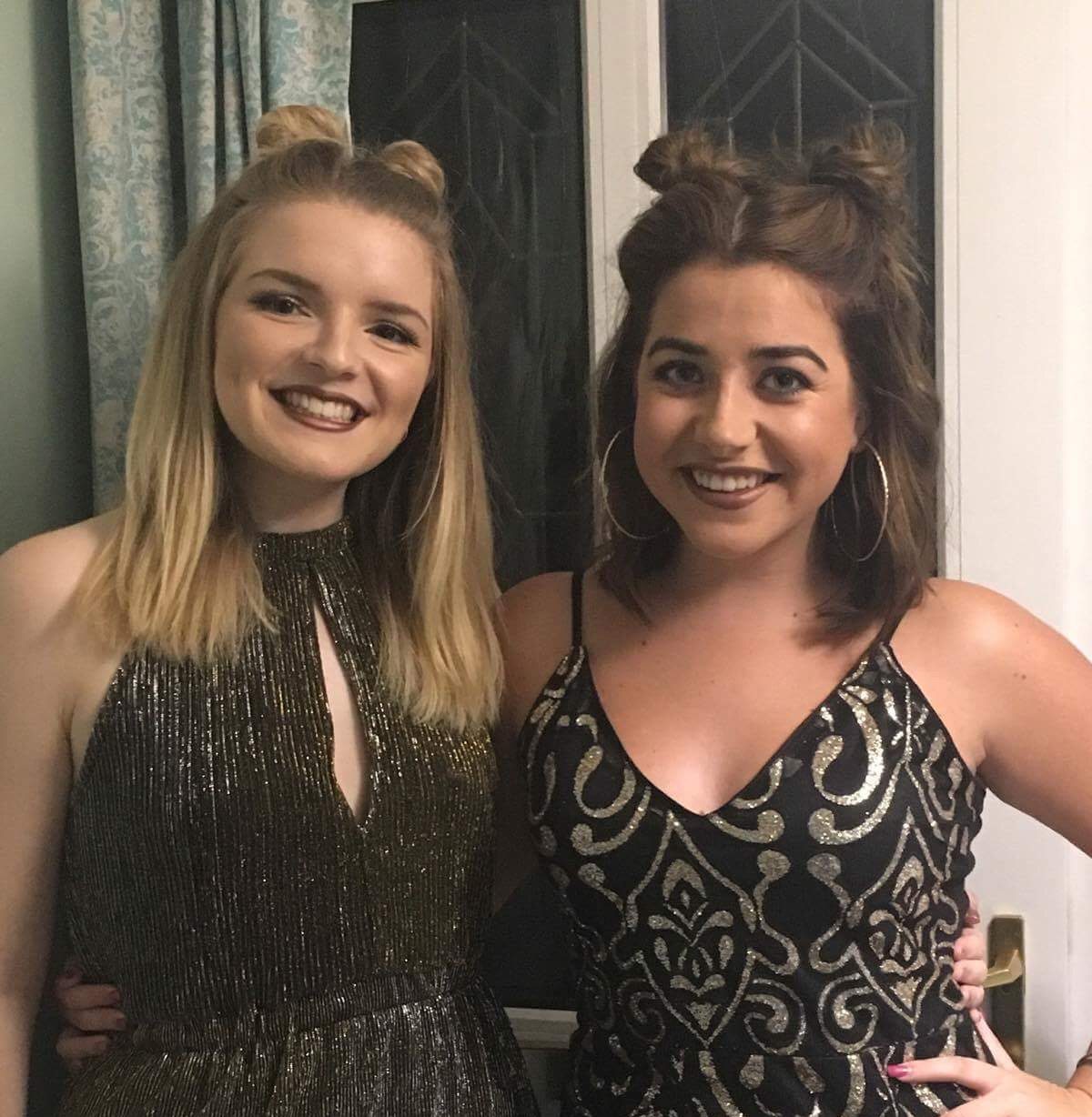 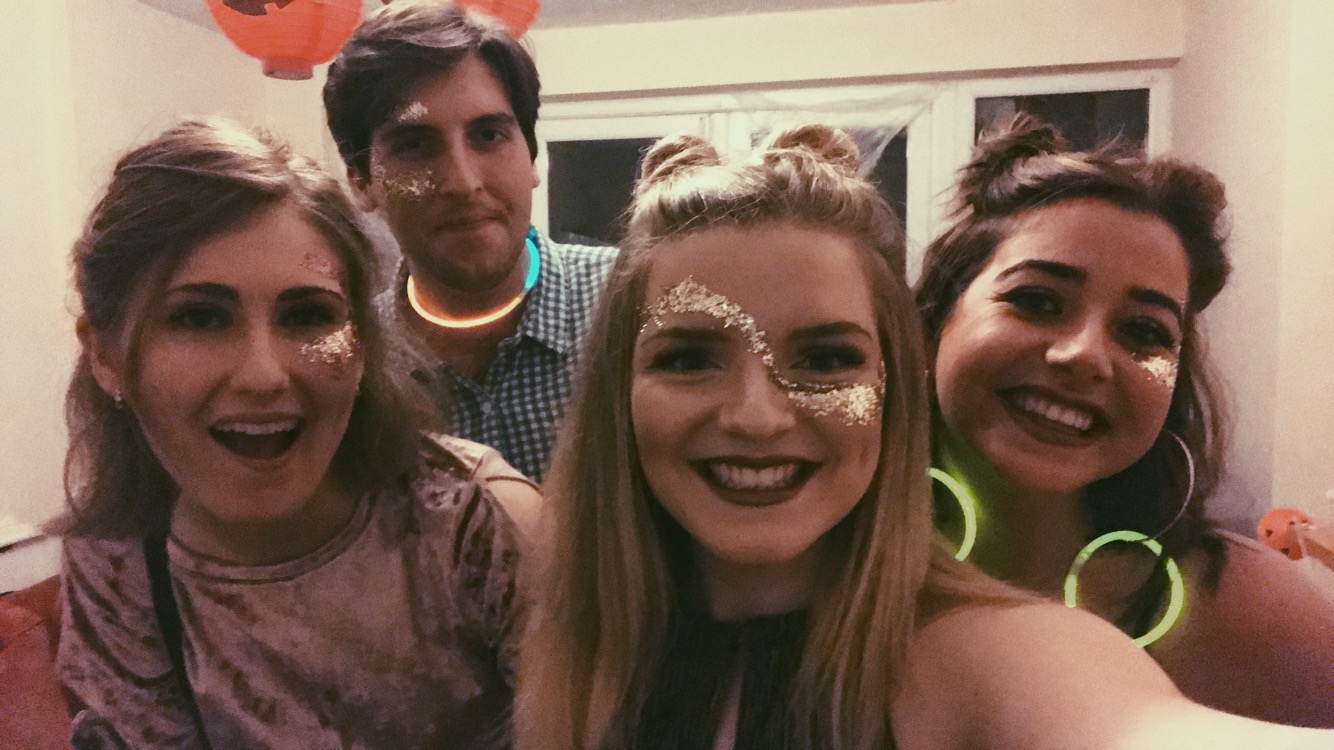 Cambridge Open Day – Franky and Becca came to stay at mine, and we went to my brother’s fine dining experience before going to a Cambridge open day the following day as our Princess Franky has applied there. Like proud parents Becca and I escorted her around, and I am V proud to say she has an offer to study a PGCE there next year. What a legend. Betty’s – I feel like I’ve been to Betty’s more than ever this term, as yanoo we’ve had many a reason to celebrate or many a treat yo self moments. It’s been v dreamy even if my bank hates me. 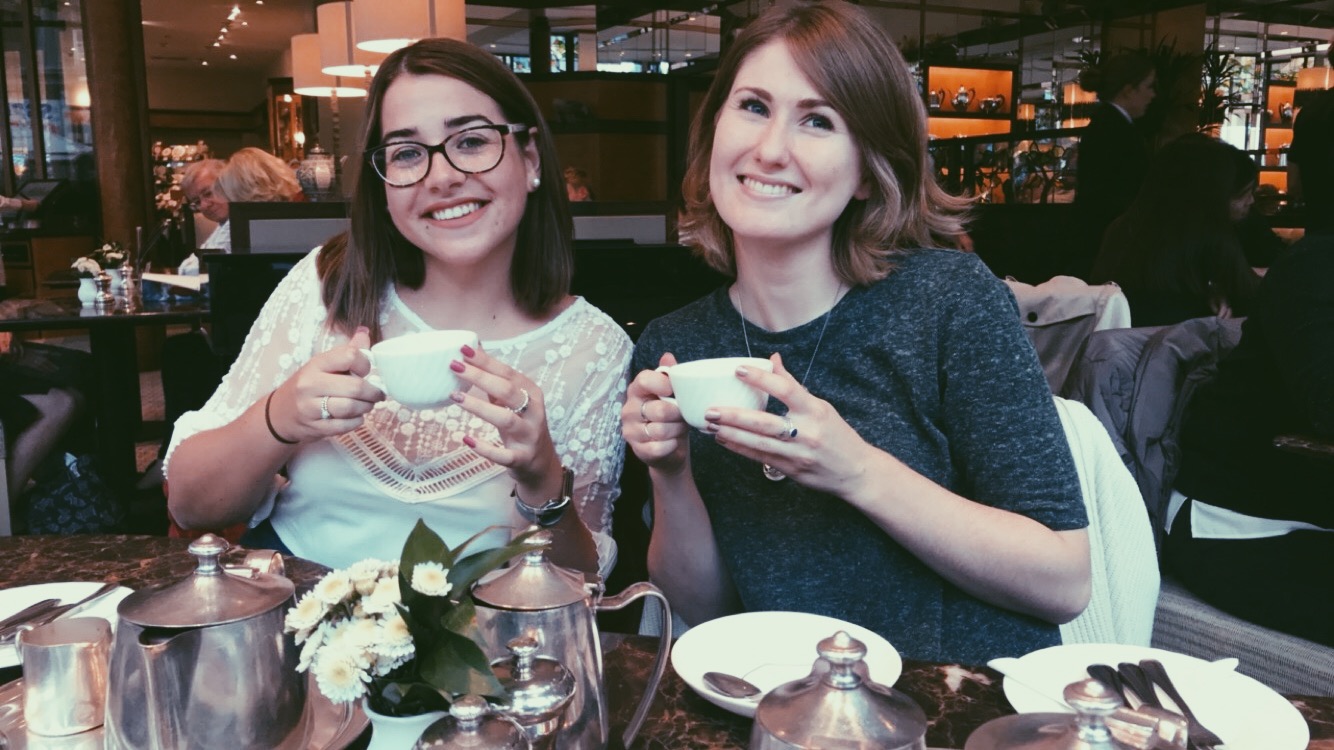 Halloween/Becca’s Birthday – Halloween is always amazing in York and as my last one I wanted it to be great, and it was! In fact it was doubly great as we celebrated Becca’s birthday at midnight. It was such a fun night, and there are lots of sloppy blurry photos to prove it. 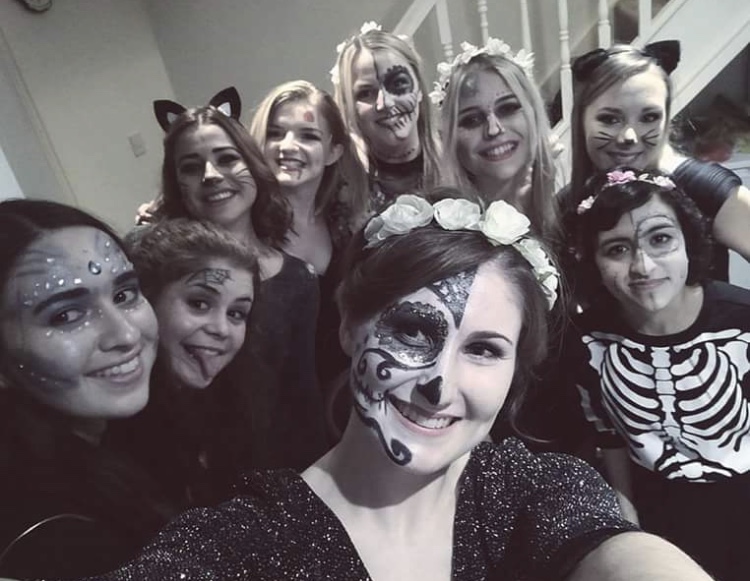 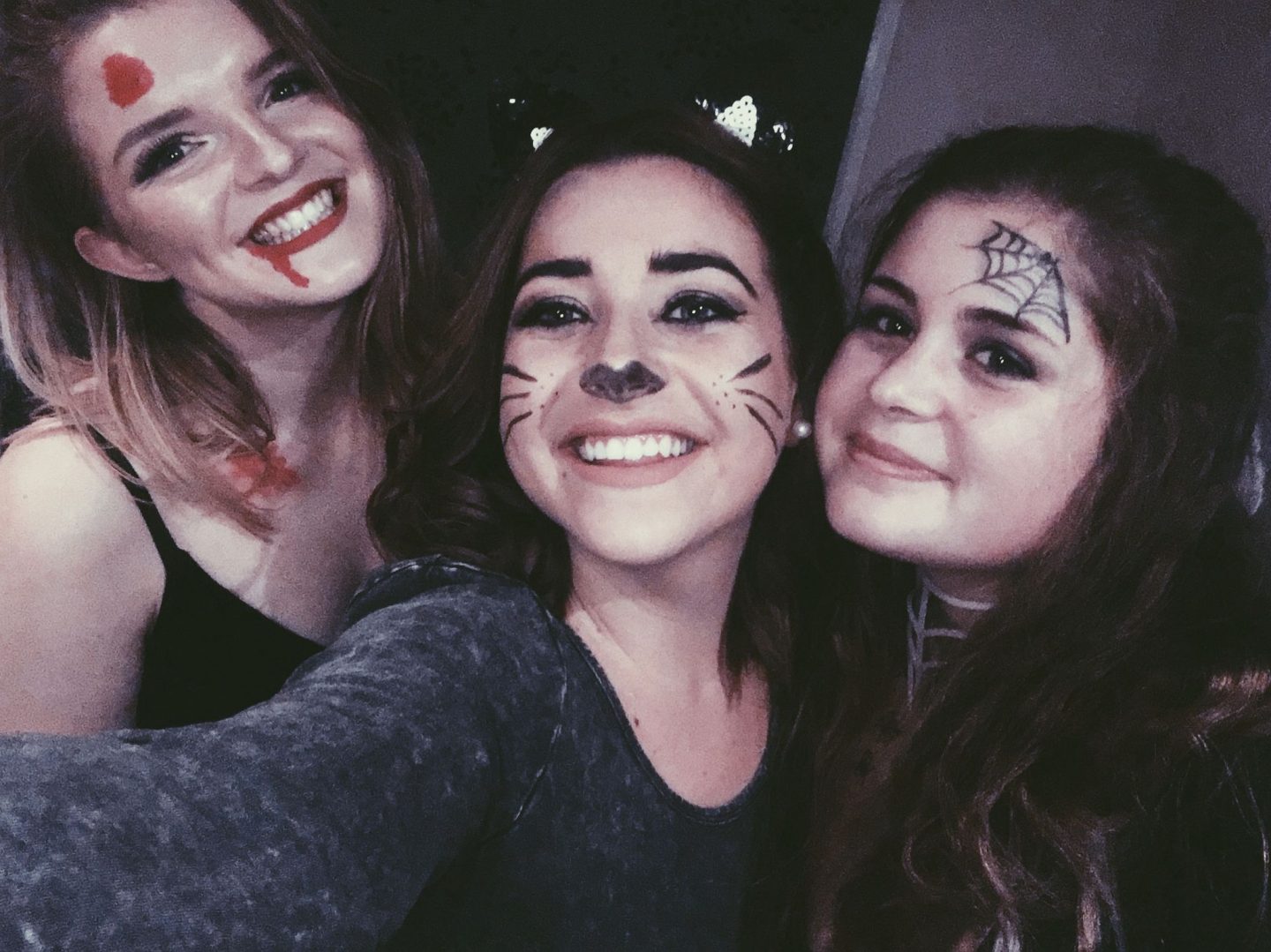 Mum and Josh spending half term in York – Mum and Josh rented a cottage during half term and came to stay, which basically meant I was fed and had my clothes washed for free for a week. Most importantly they brought my dogs, and it was truly a magical time. Lulu is the perfect companion for a coffee/work date and wander around York. I was kinda hoping they’d leave one behind, but no *single tear*. 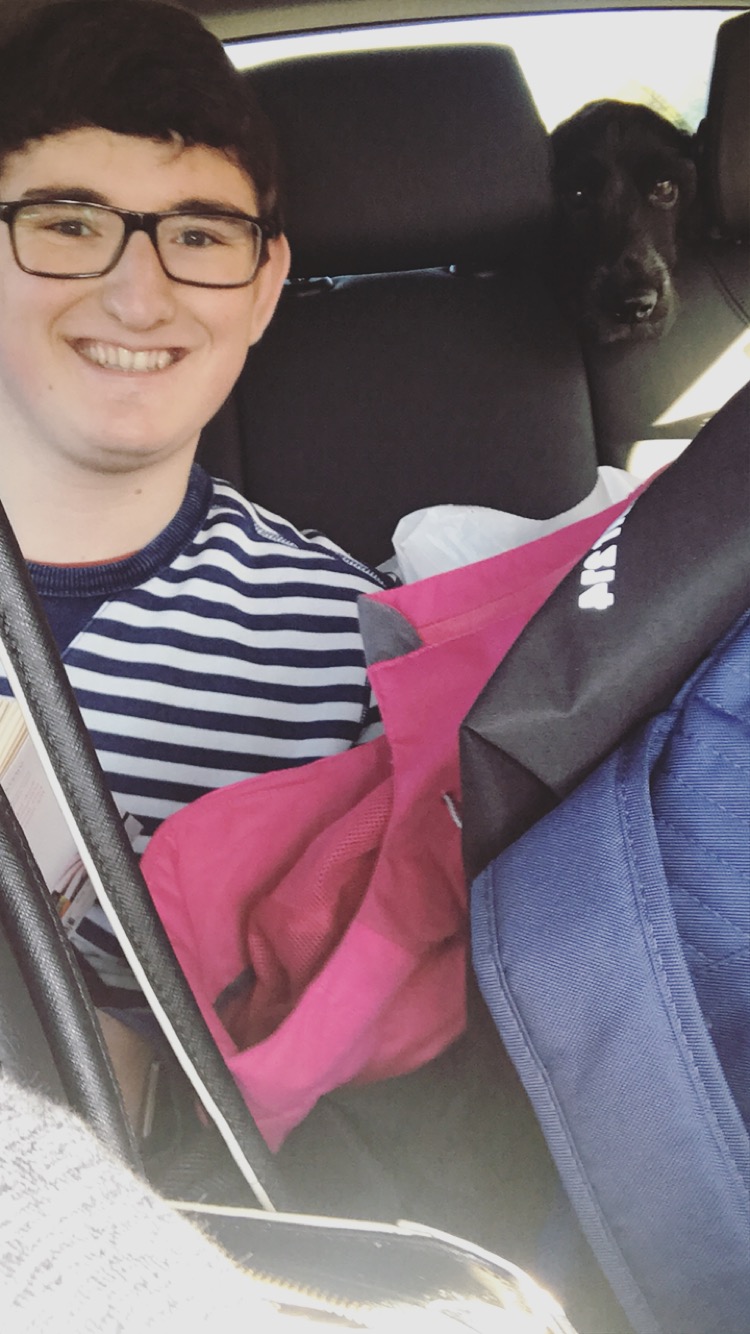 RADA Workshop – I briefly popped to London one weekend to do a Young Actor’s Workshop, lol pretending I am young. It was really fun and helpful for drama school auditions next month and I got to go into RADA, yep, had a little moment as I did.

I applied to Drama School – Yeah maybe should have mentioned that sooner – how exciting ey? I wasn’t sure if I was going to mention it on the blog, as who knows how that’ll end, but my days am I excited about it. I have four auditions lined up so far, three next flipping month. Eek.

Franky’s Birthday Evening – For Franky’s birthday we went to Bish Bash Pot and decorated pots, it was a very cute evening and I painted a very poor pot, a pity pot if you will. Princess Franky made a super cute pretty bowl, and Becca looked on mine in disgust – but I tried. 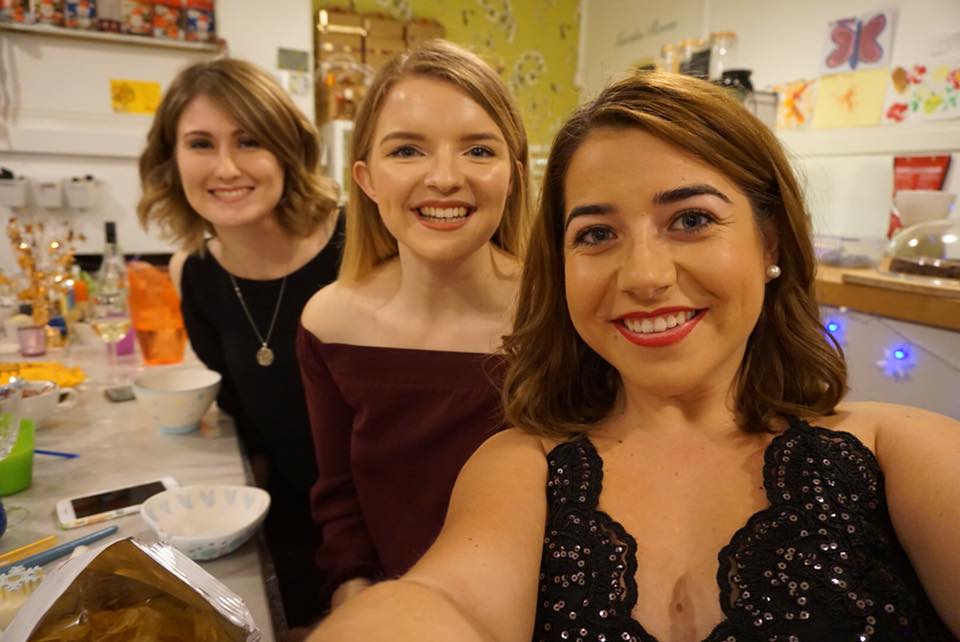 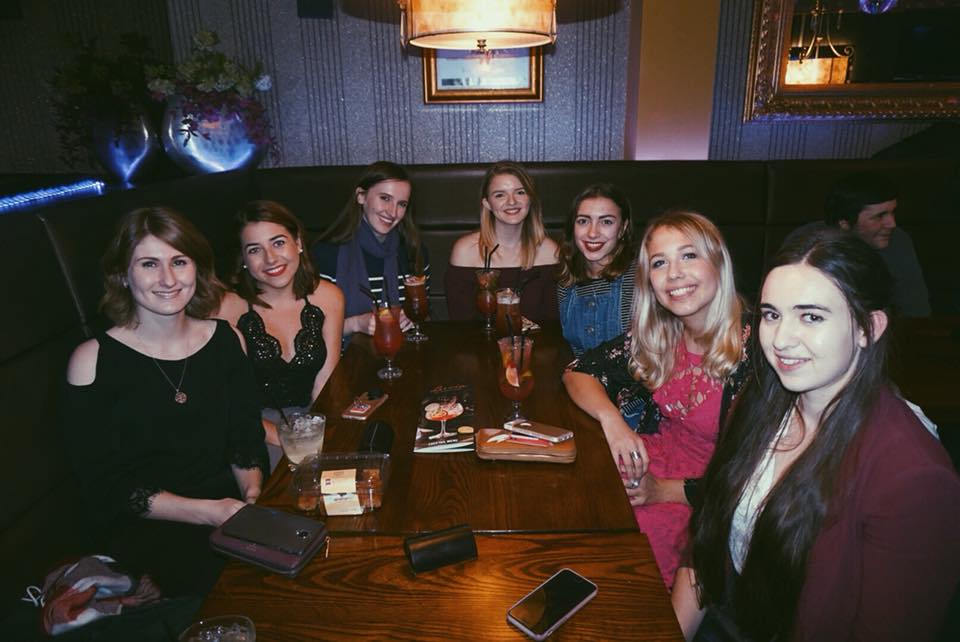 Castle Howard – When the fam were up we took the dogs for a walk at Castle Howard, which was lovely, but Barney did pull me off a chair into a pile of mud. But for a second there it was idyllic. 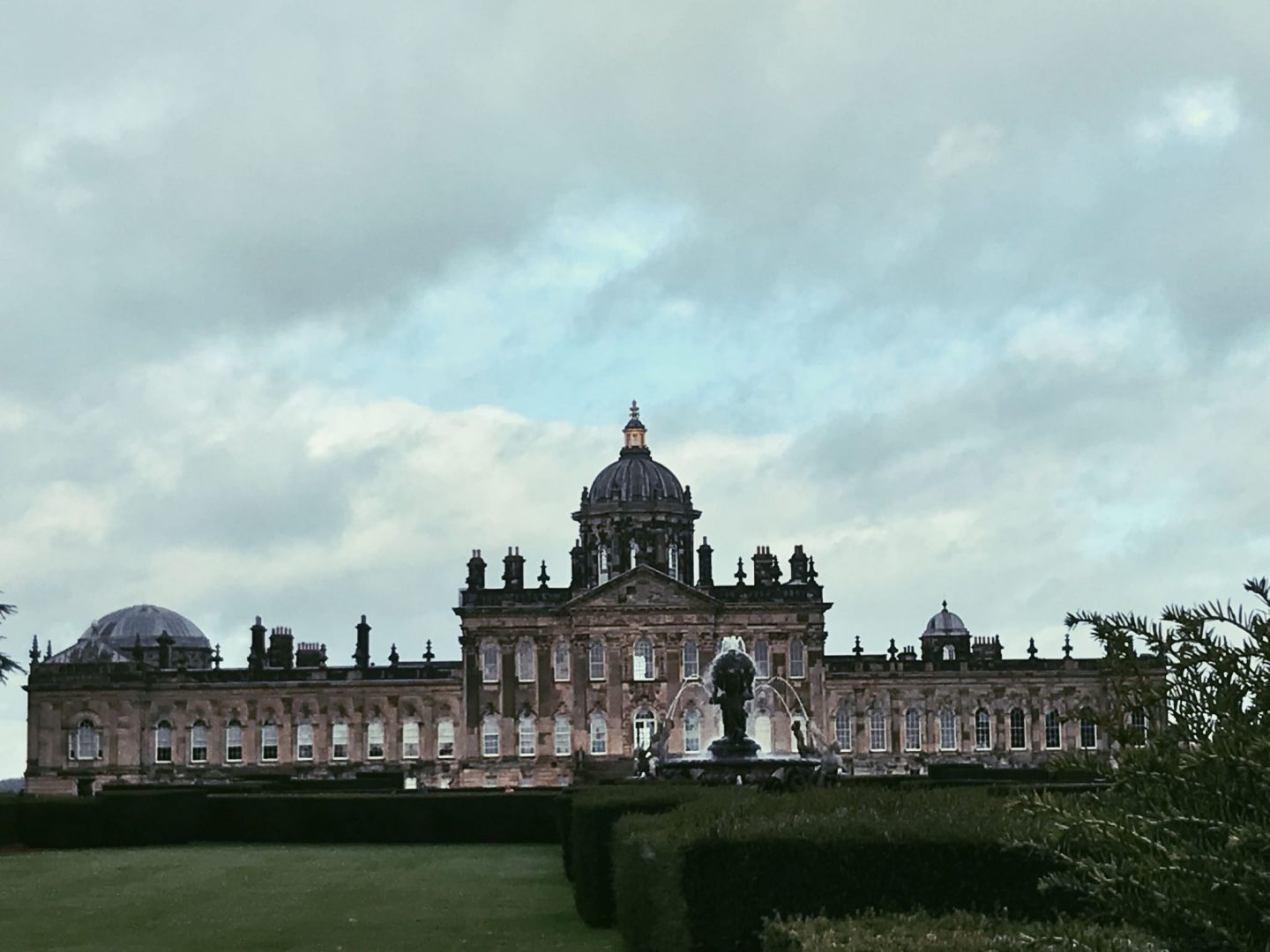 Coffee with Ali – Living in different cities for most of the year means I hardly ever see Ali, and it is always just the dreamiest thing when I do. It’s like we are giggly and 16 again and yes we are still dreaming of returning to NYC. 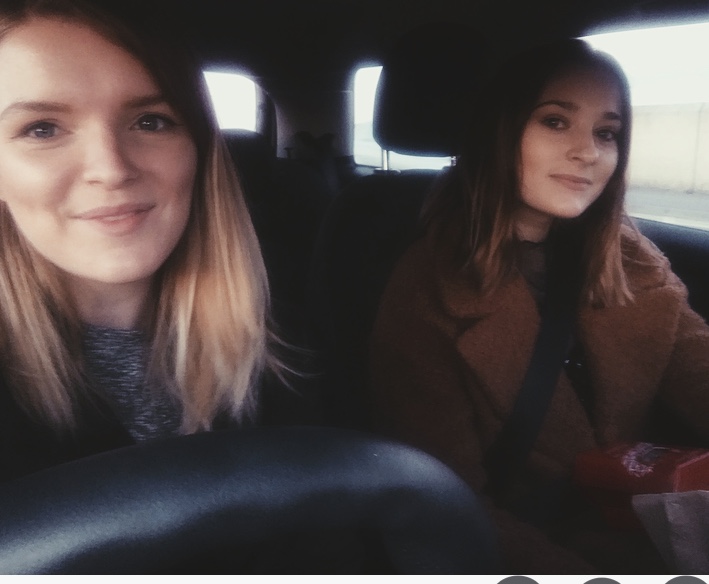 Visiting my Nan – Earlier in the term I popped home to visit my Nan and Aunty as she had been unwell, and it was so lovely to go home and see them. I forgot how much I love my Nan’s village as I practically stayed there every few weeks from the age of 2 until I was 16 ish. I walked the dog round the village, visited Grandad’s seat and hopefully cheered Nan up a bit, so that was v lovely. Church & Bonfire Night – Yes I know all of Baby got Back and still go to church, how crazy. I have started going to a new church in York and absolutely love it, and spent Bonfire night outside the church with sparklers and mulled wine after a lovely service. Does life get dreamier? 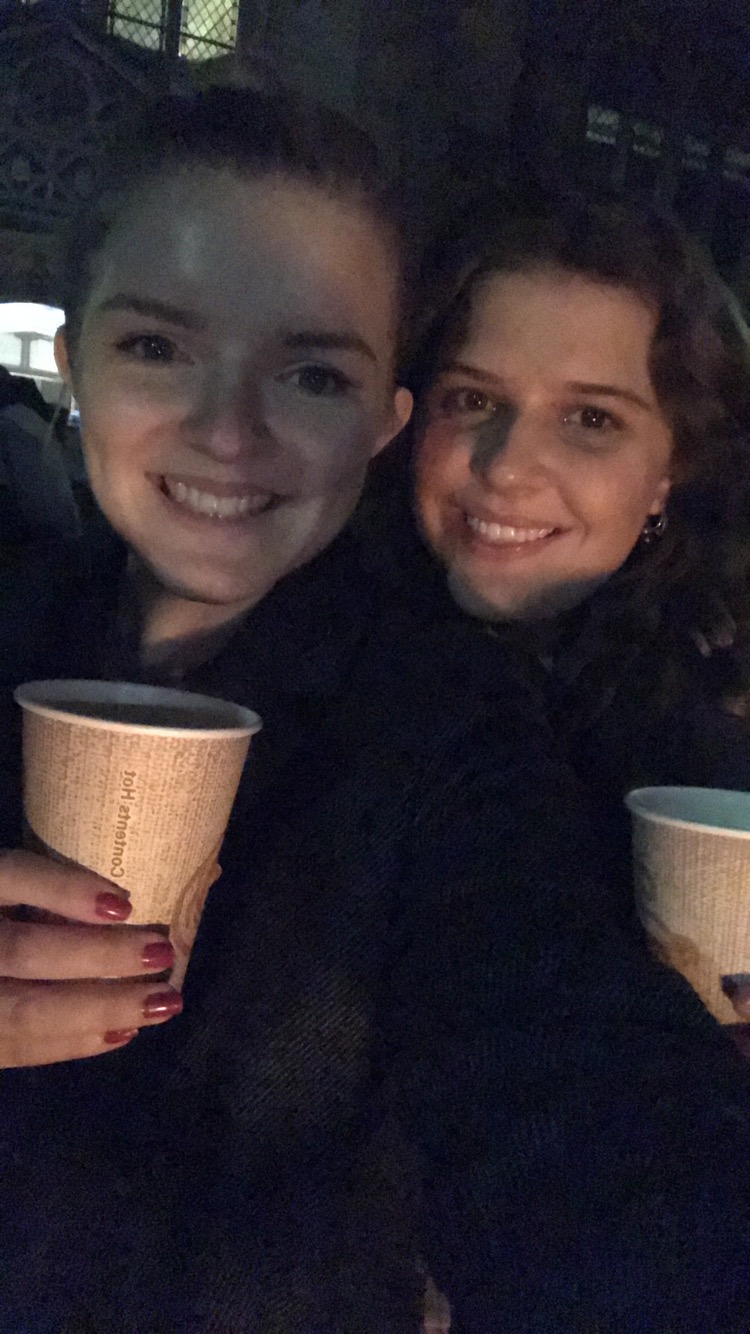 LitSoc Christmas Ball – LitSoc events are not the biggest events on campus for sure, but our year group and the committee are just fantastic and so we always have a lot of fun at the events. And Holly took amazing photos of us all, including some awful outtakes, but they are honestly some of my fave photos. 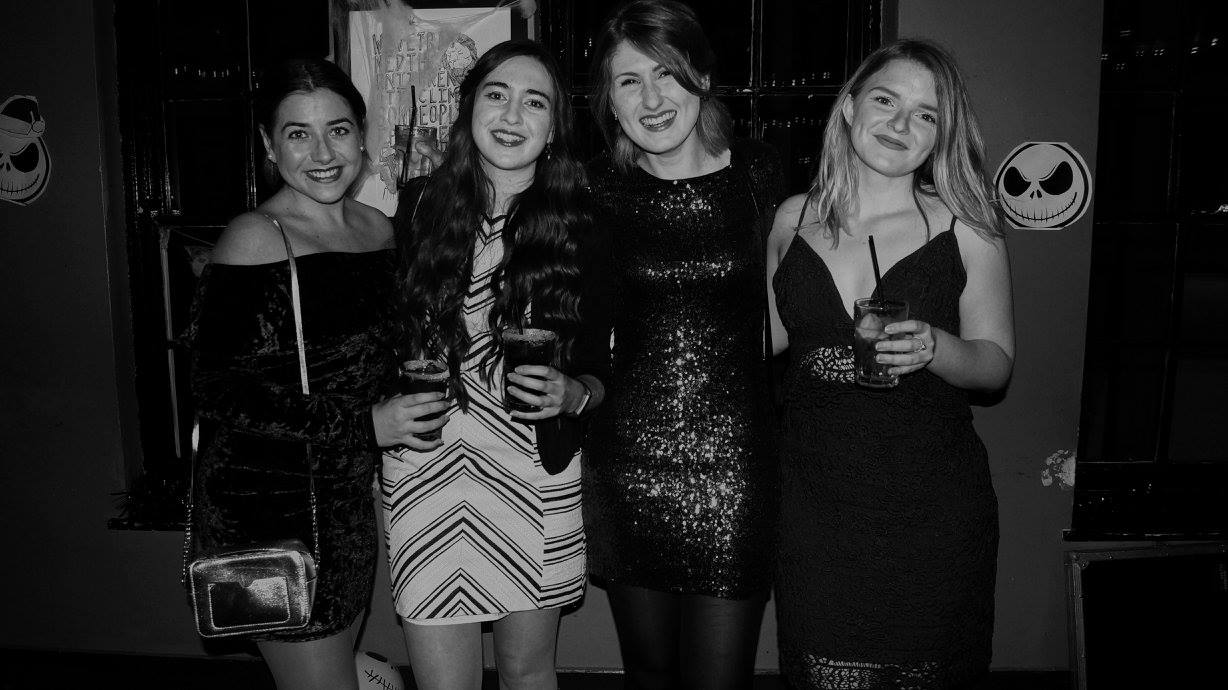 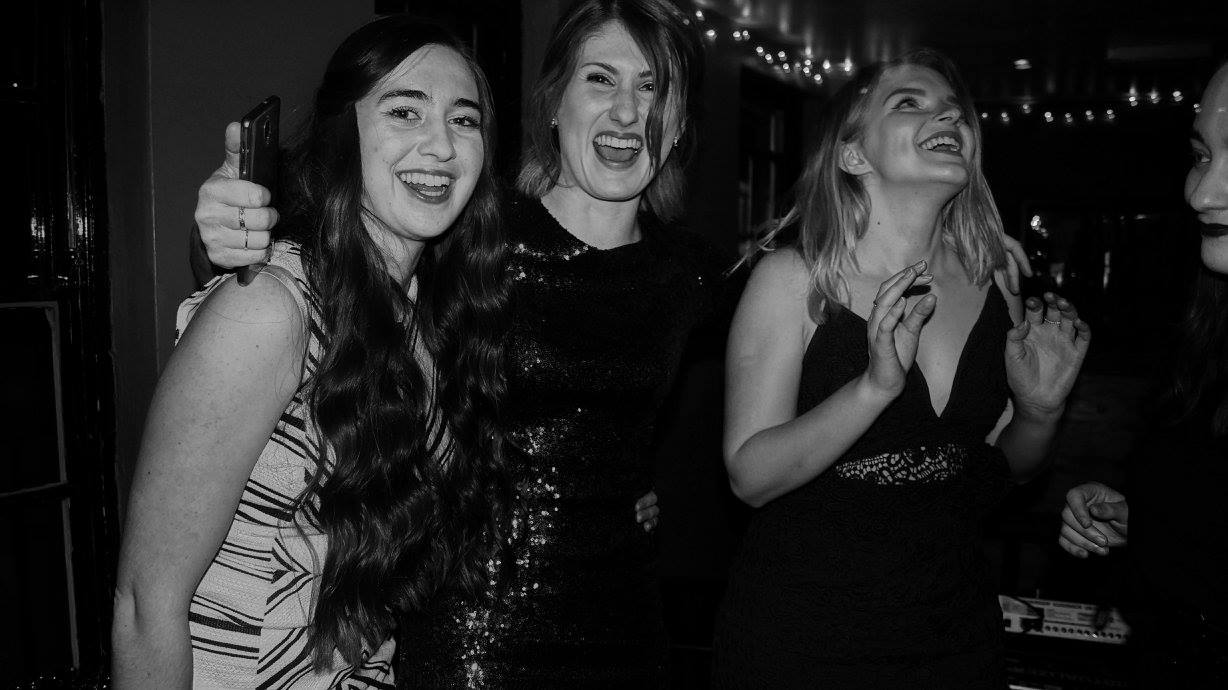 Be my Baby – At Lipsync, Ellen asked if I wanted to help out with her show next term, and so a tipsy Franky, Becca and I agreed. Since then I’ve become Assistant Producer and been helping with auditions as it has been chosen to be put on my DramaSoc next term. YASS. V excited about helping out with such an amazing play and cast and crew obvs.

Spending so much time with my friends – This has truly been one of the best parts, things like having a sleepover at Franky’s, lunches in town, takeaway at Becca’s, laughing for ages at each other. Watching The Apprentice, films, and just chilling, having a cry and cuddle, and still have a great time. I just love love love my uni family.

Waterstones work dates – I think I’ve written about these before, but Waterstones has been a life saver this term for making us feel like as third years we still have a life. As we order coffee, chat and work but in a way more casual way in Waterstones cafe than we do in the lib. I literally sit in the lib in the silent section and leave my seat to pee or for coffee, that’s all. 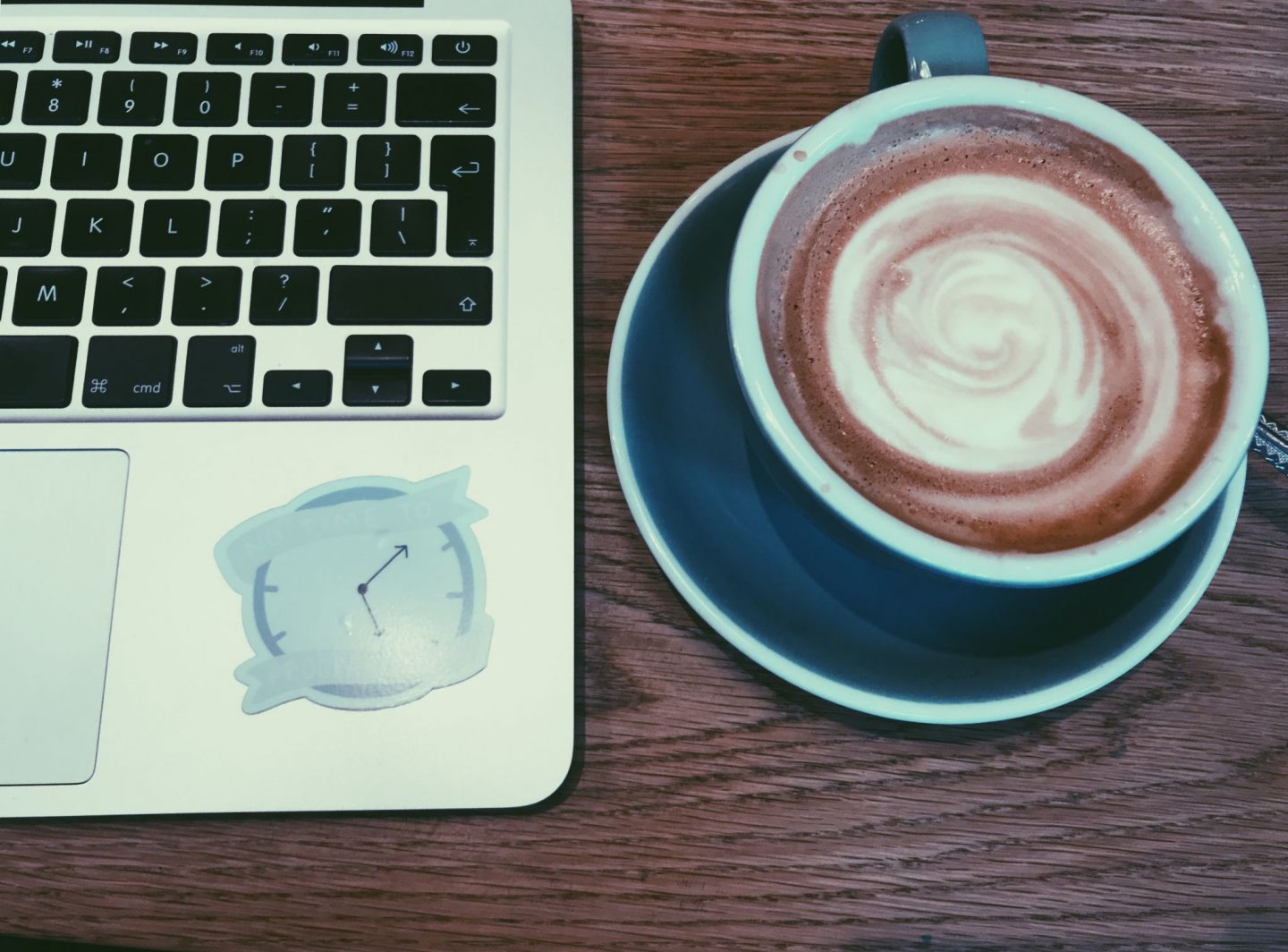 Christmas Markets – That’s right folks, the Christmas market is back and THOR’S TENT which is the dreamiest thing going. It made me really want to go back to Oslo, it has Loki lager, an open fire, what more could you want? The markets are really lovely again this year, lots of food stalls and gifts, including some v cute bunting and decs that I now have hung in my room. Thor Ragnarok – I’ve seen it twice now, as I saw it on consecutive days it was that awesome. It’s the best film I’ve seen in such a long time. Watch it, watch it now. What a cast as well. Taika Waititi is such a legend.

Video for Sue Ryder – My brother and I took part in a national video for Sue Ryder a few weeks ago, which is very exciting. It was great to participate in something to do with the hospice again, I have really missed it. Deciding what to do next actually, watch this space… On the last day of my term I flew out to Seville for Beth’s 21st as she is studying there this academic year. It was the best weekend ever just celebrating B and touring round Seville. It was amazing and I miss it already! 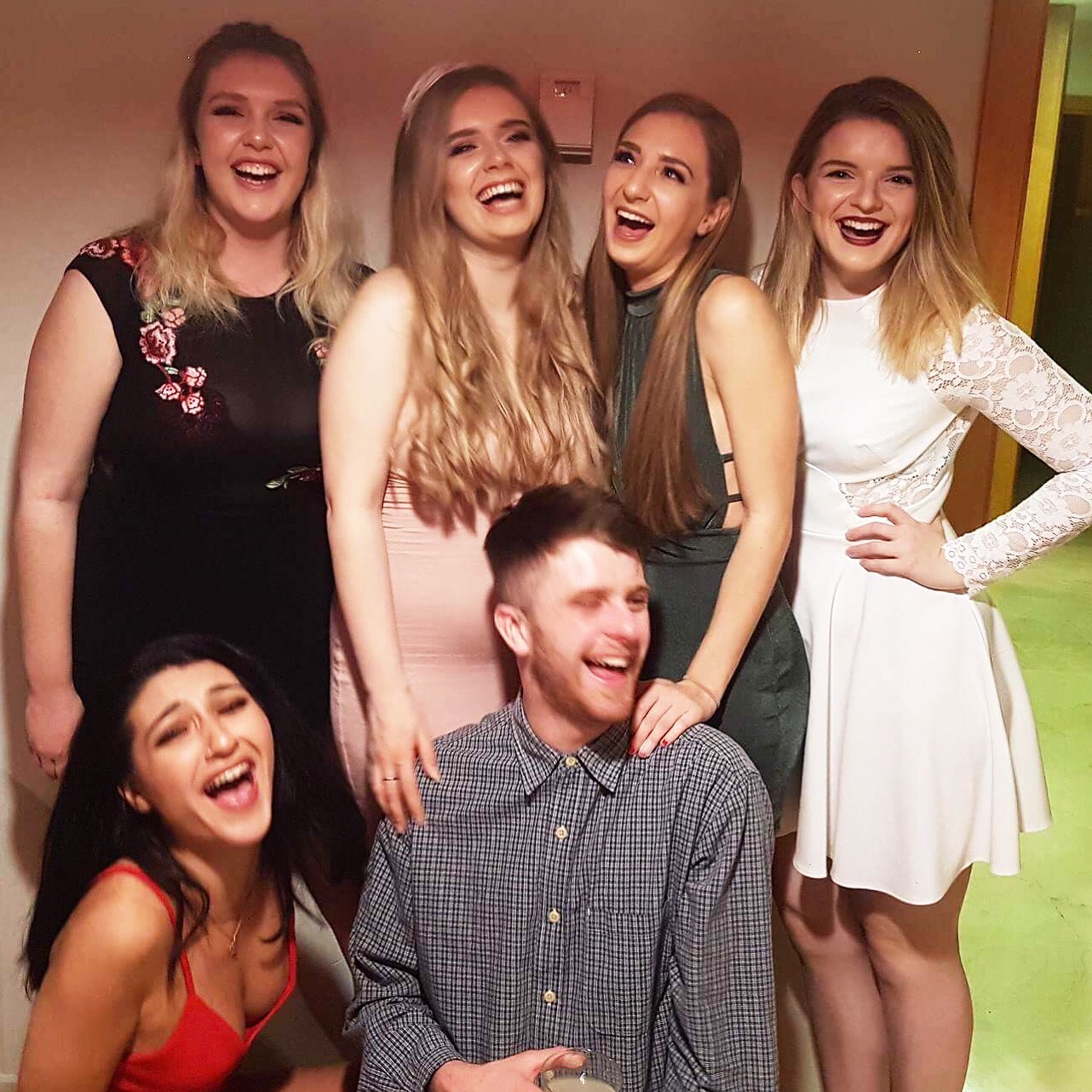 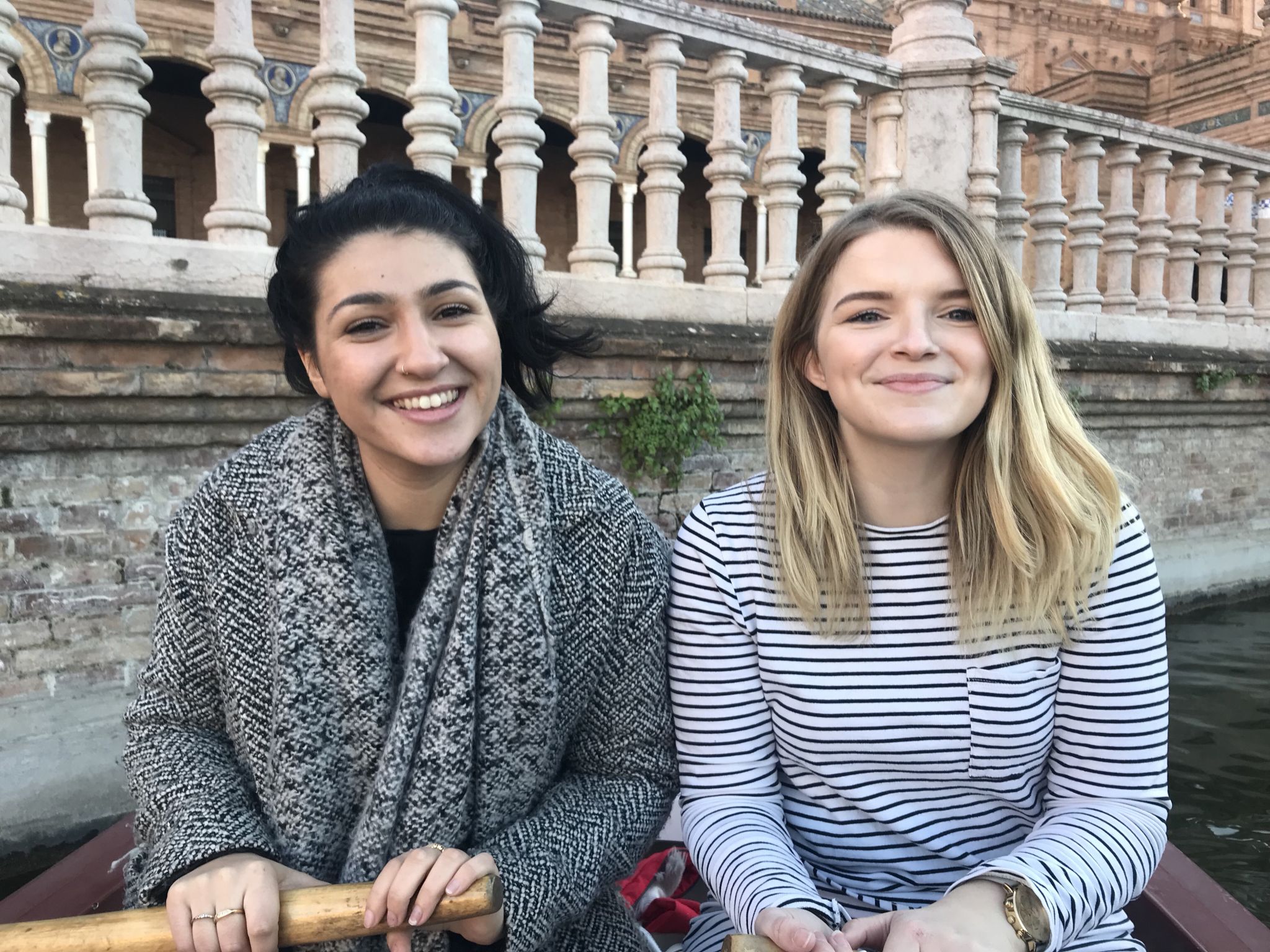 A very important PS. this term has not been all rainbows and dreams, it is still third year which does involve many stressy tears from us all. But it’s meant I’ve learnt who my true friends are and they have been wonderful, esp in those weepy snotty moments, what dreams. I also love that after two years I now have friendships in York where if I don’t see that person for a while, we meet up again and it’s no different to when we first met. How dreamy.