I’m proud to say that post exam celebrations started immediately after our last exam, Becca and I walked out of the questionable Anglo Saxon exam and straight into Courtyard opposite for a LARGE ASS GLASS OF WINE bc a miracle had just happened – we wrote things in our Anglo Saxon exam aka we knew Anglo Saxon.

Then of course we went home got changed and continued the drinking to celebrate our freedom, apart from Lucy who had to soldier on another day *single tear*. 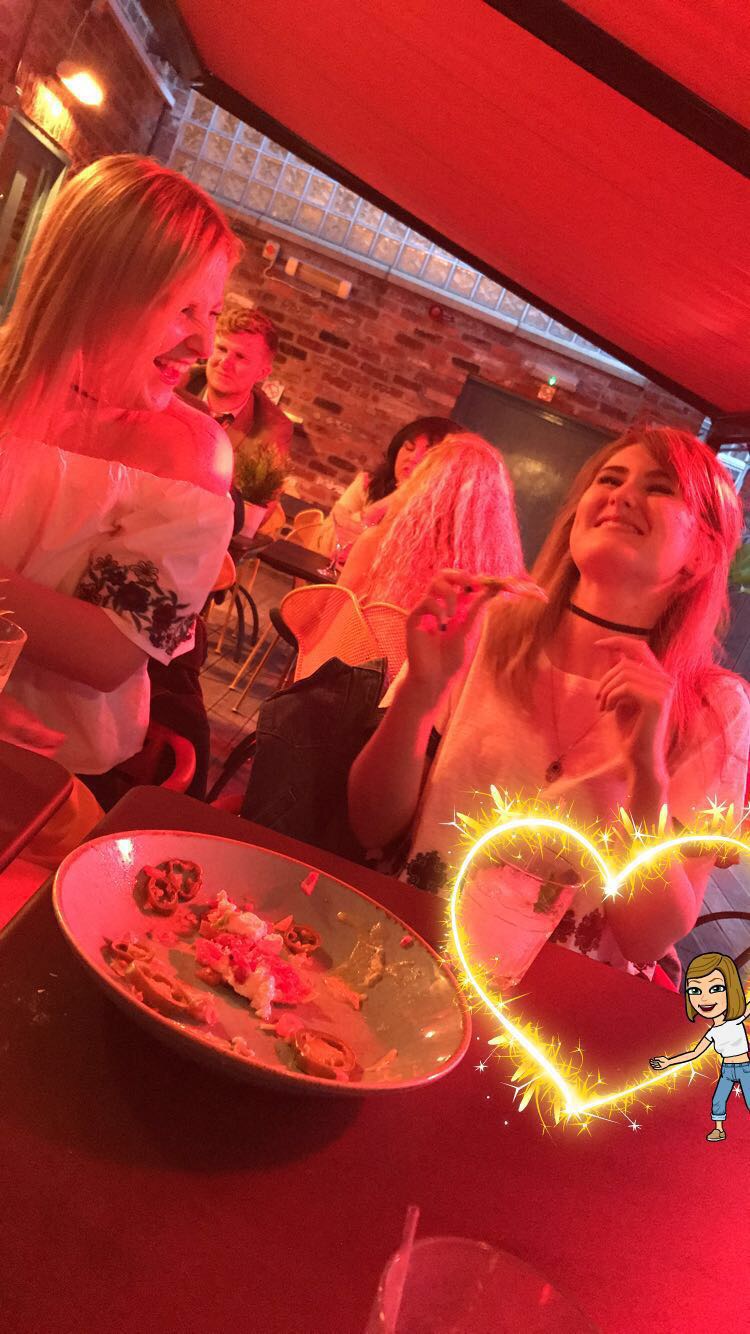 The photo quality was poor I grant you, bc it was pouring it down with rain and we sat outside on the decking at Las Iguanas while eating Nachos and having cocktails with heaters and blankets pretending to be in Barcelona. Close enough right? The evening was basically two-for-one cocktails everywhere, lots of gin before the rain got so bad and we realised all the clubs were closed for exam season so went home… after Salt and Pepper of course.

Then after we handed in our essay it was time for the year to go out and actually go to the clubs, bc they were open. Well so we thought, but only pop world was and Thomas’ but who doesn’t like karaoke? Bc I deffo do, and could have sung Shania Twain all night long.

I have missed Stone Roses so so much. It was so good to start the evening there, before heading to Thomas’ and Pop World where we learnt how good Jimmy is on the revolving dance floor… 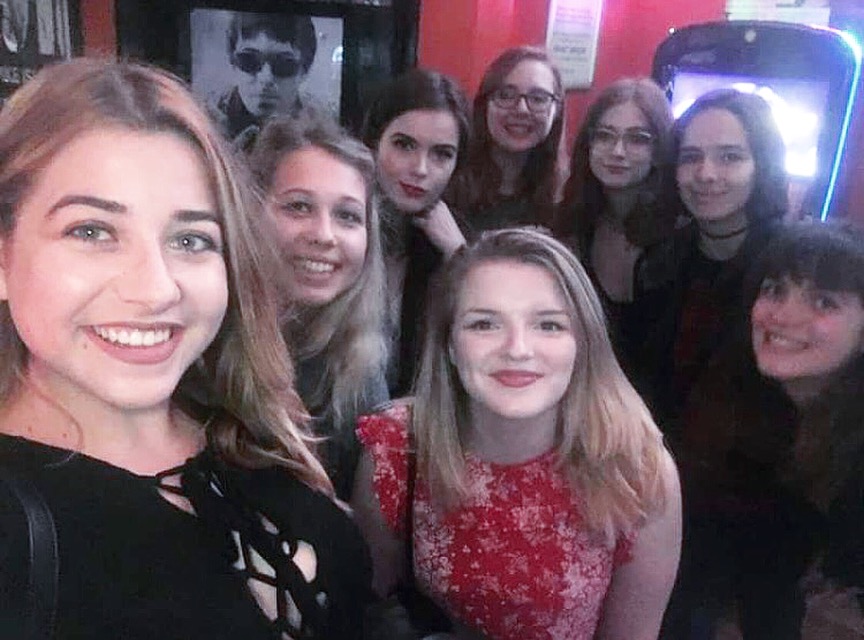 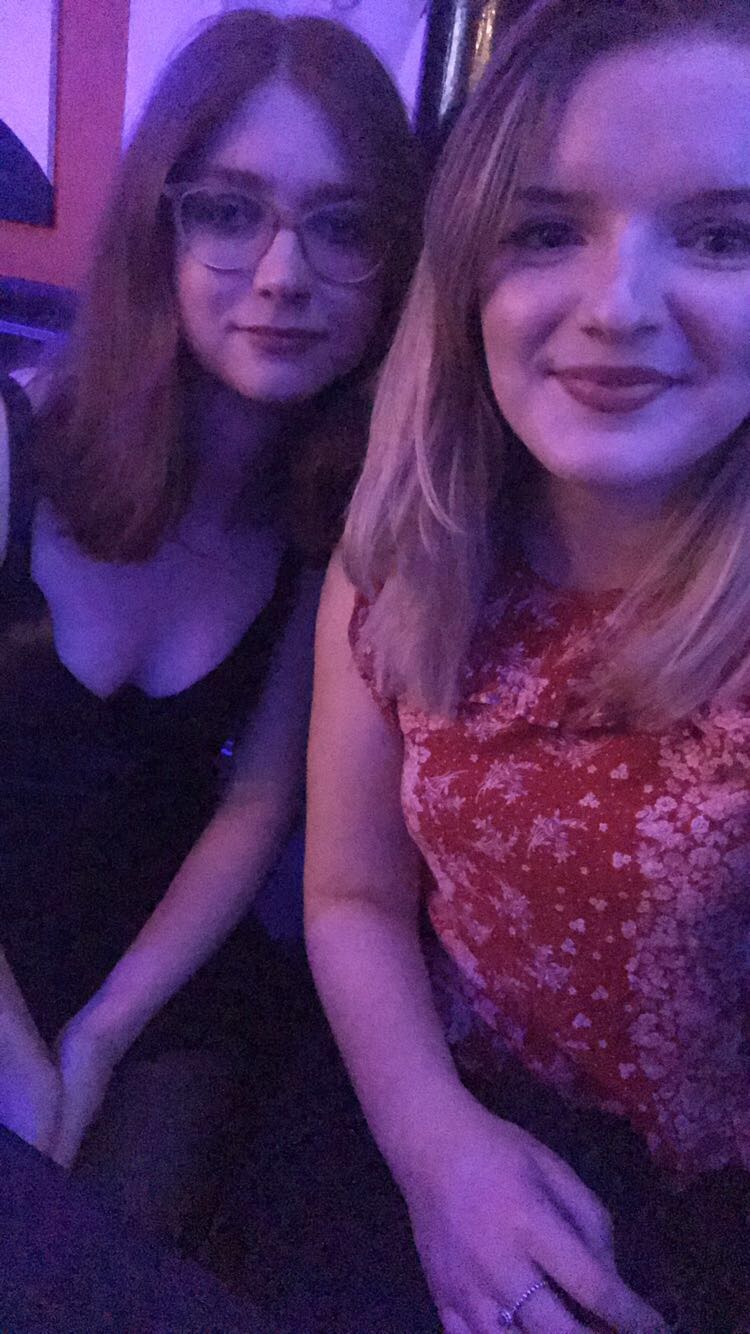 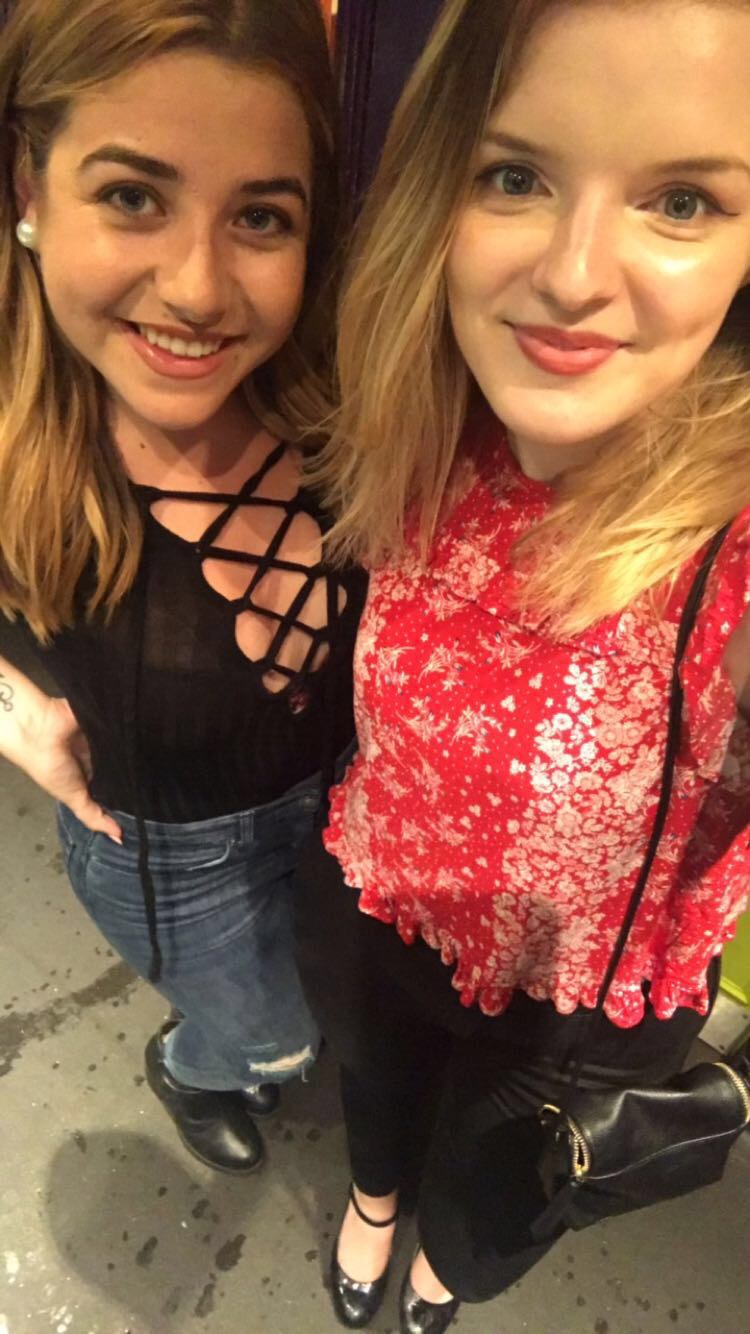 All we had left now was our presentations *yawn*.

The day of the LitSoc ball, read all about it here munchkins. 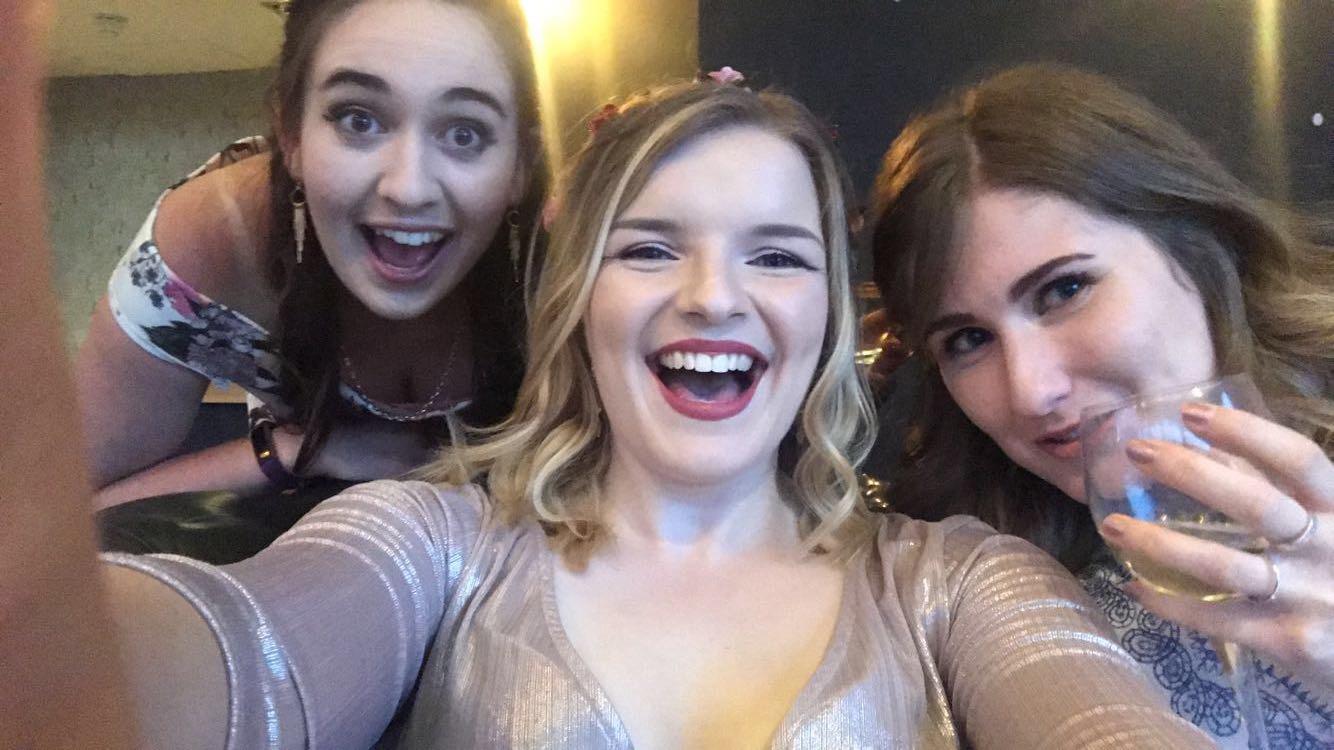 After sitting through 6 presentations on King Lear everyone could use a pint, so Fran, Kate, Martha and I all headed to courtyard for some lunch and alcohol. Before Martha and I had some more alcohol and chatted away about our future plans hehe.

In the evening Franky, Becca, Jess and I had tickets for Big D, Derwent College’s on campus festival. We weren’t really expecting much as some of the college festivals are a bit weak, but it was AMAZING. Ridiculously sweaty, and we realised that we are huge Lethal Bizzle and Blonde fans. 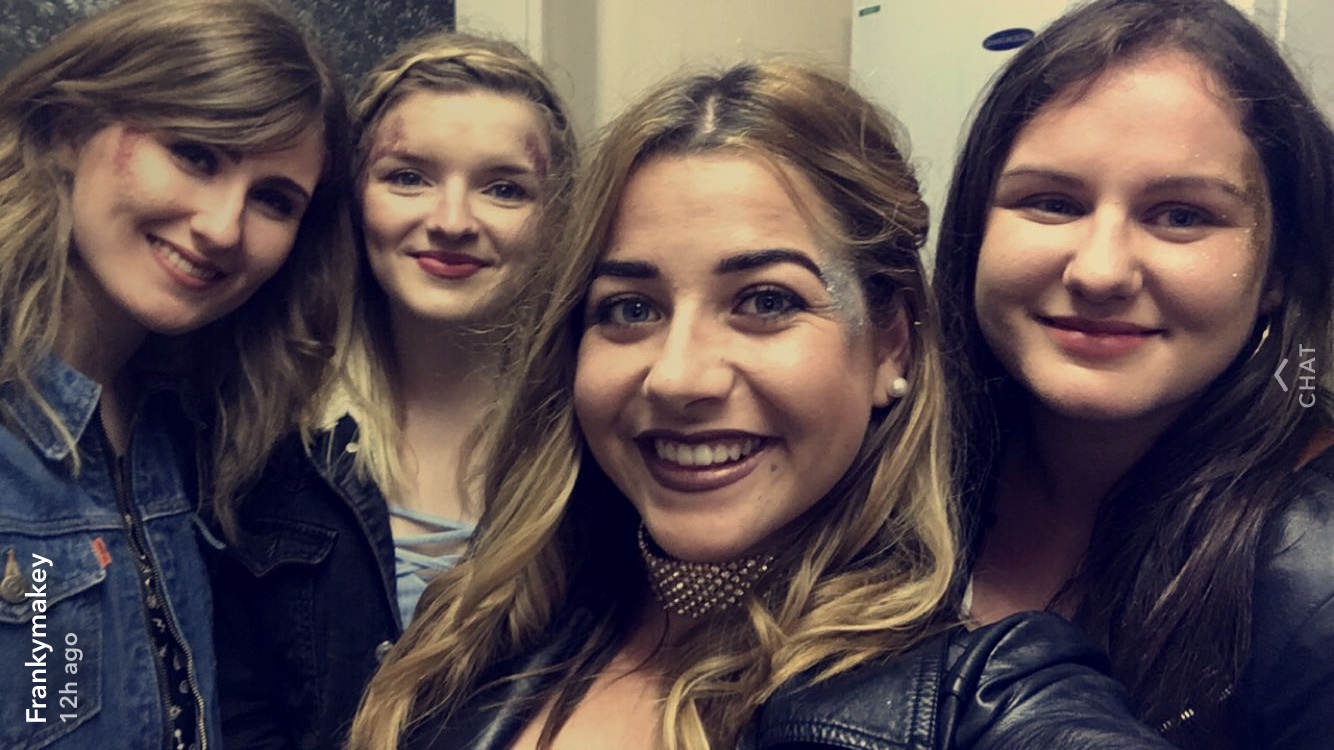 We looked almost presentable at the beginning.

Each room was a different place in America, there were so many decorations and we ended up taking half of them home with us. Some of the hollywood sign and a lil alien are still in my car, well done drunk Becca and Jess. 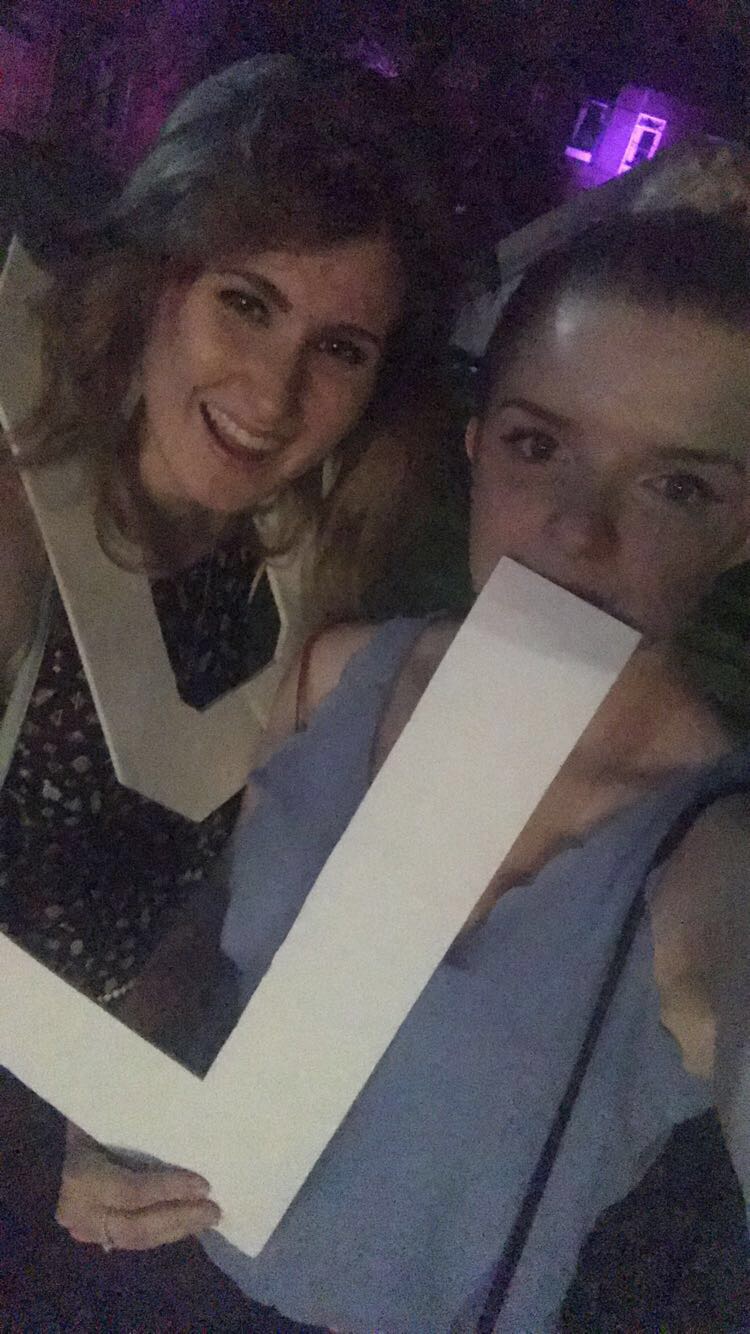 I’ve never seen so many people in D Bar, all crammed by the main stage. We were obvs right at the front and right in the middle of the mosh pit, but where else would ya wanna be? Look at them foreheads, how they shine. With sweat. 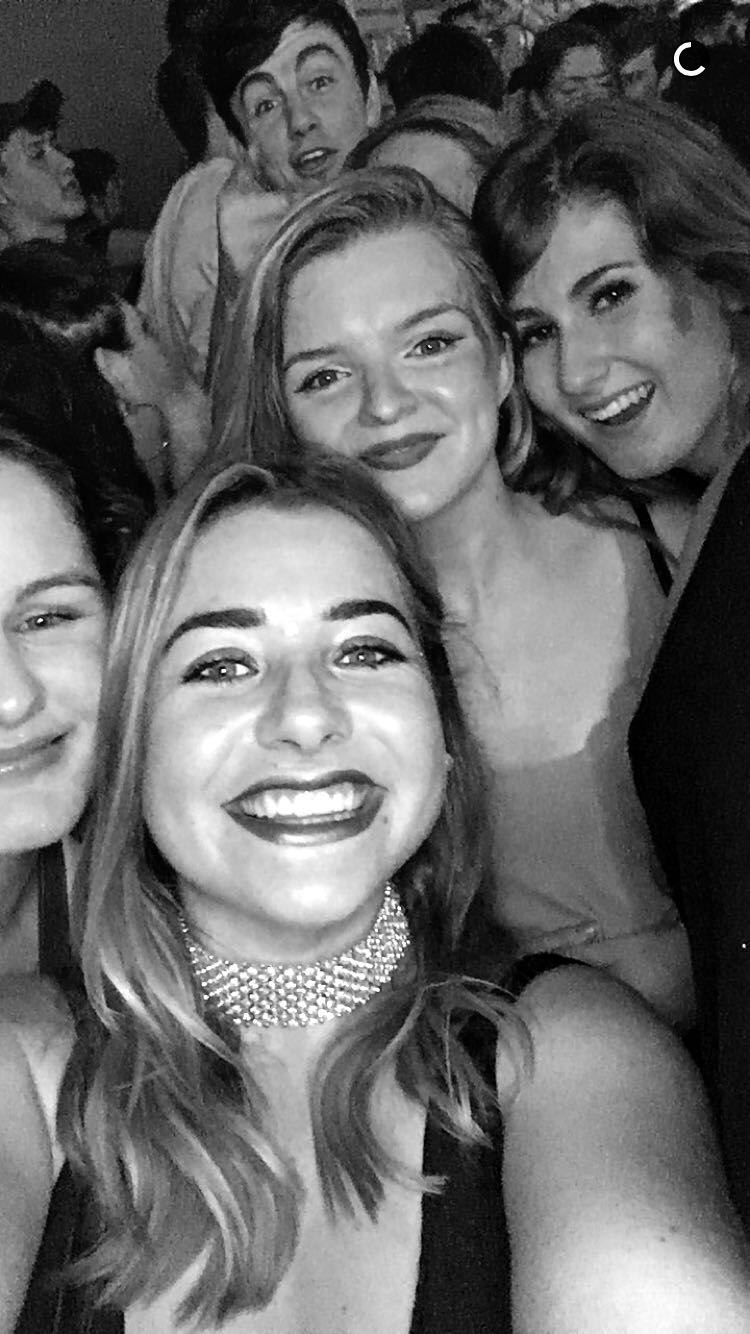 Most of the photos are legit too disgusting to be posted online, so imma hide them forever, or until one of their birthdays.

Banter Drive 2.0 – our house party. Hoes and Pimps was a flipping good theme, mainly because who doesn’t want to wear big hoops, heels and a velvet hot pink dress. I sure did anyway. That deserved it’s own lil blog post that’s here. 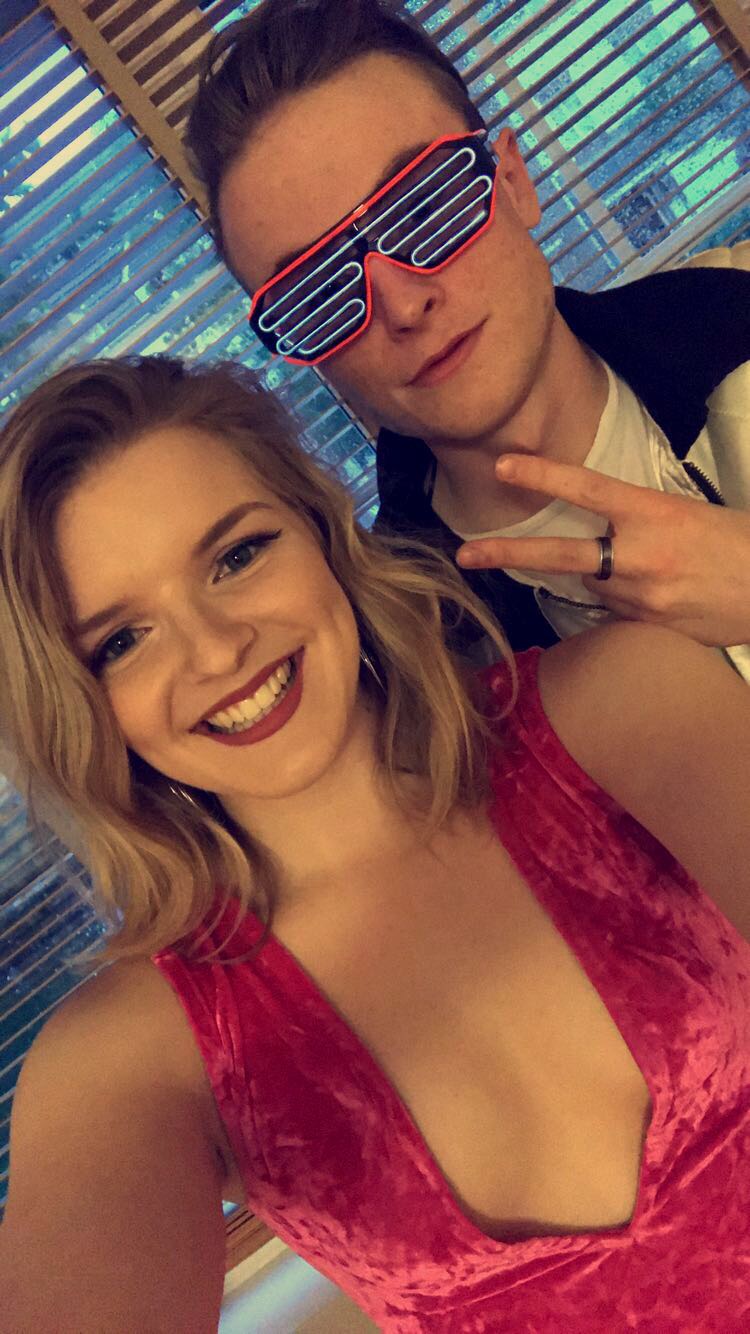 Then came the final farewell, ahh all the tears. And what better way to celebrate a goodbye than going to cosmo for an all you can eat buffet, ey?

Becca, Tim, Lucy, Franky, Jess and I all ate as much as we could, which disappointingly wasn’t as much as we thought – such weaklings – before heading to Turtle Bay for cocktails. 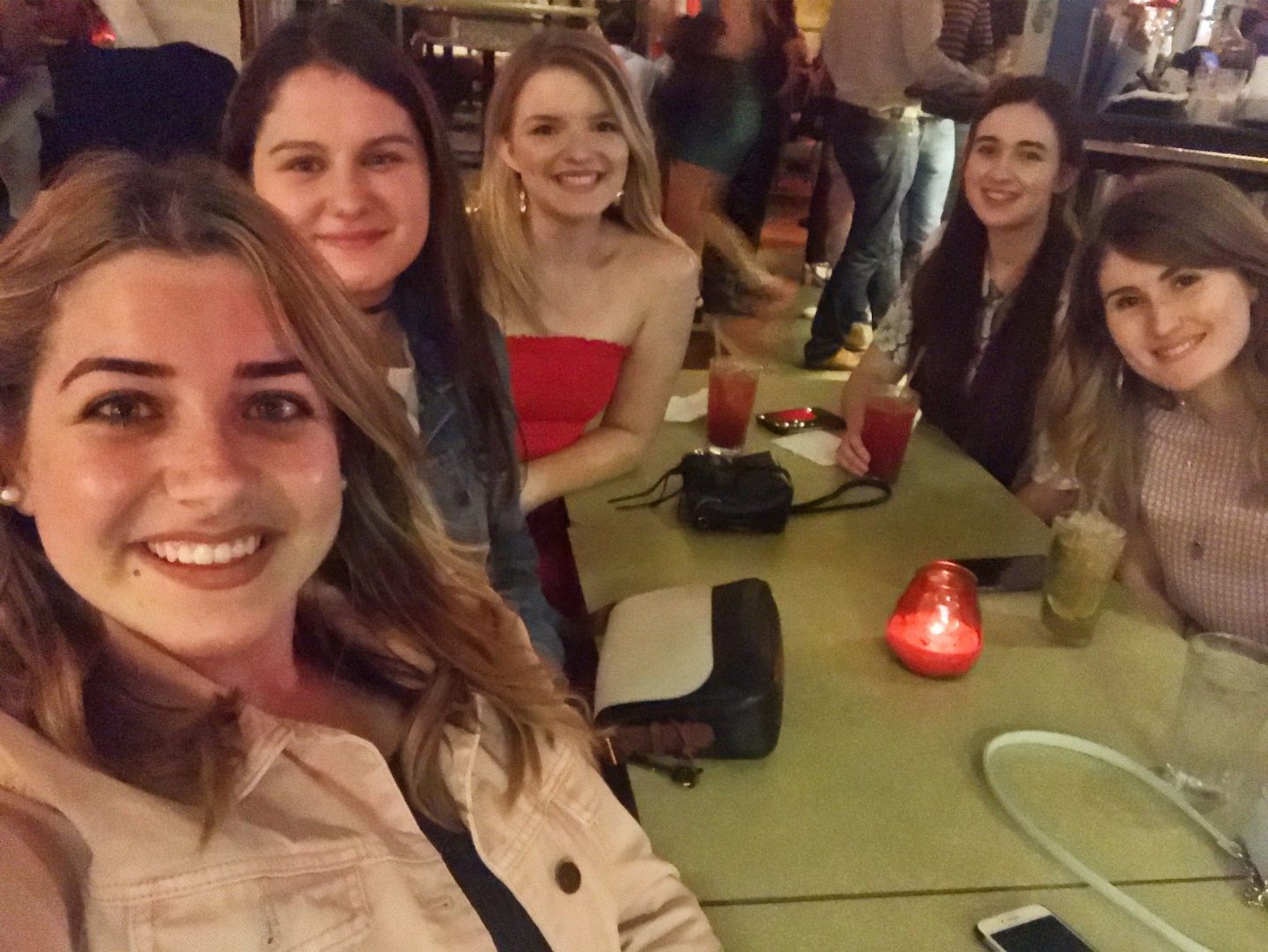 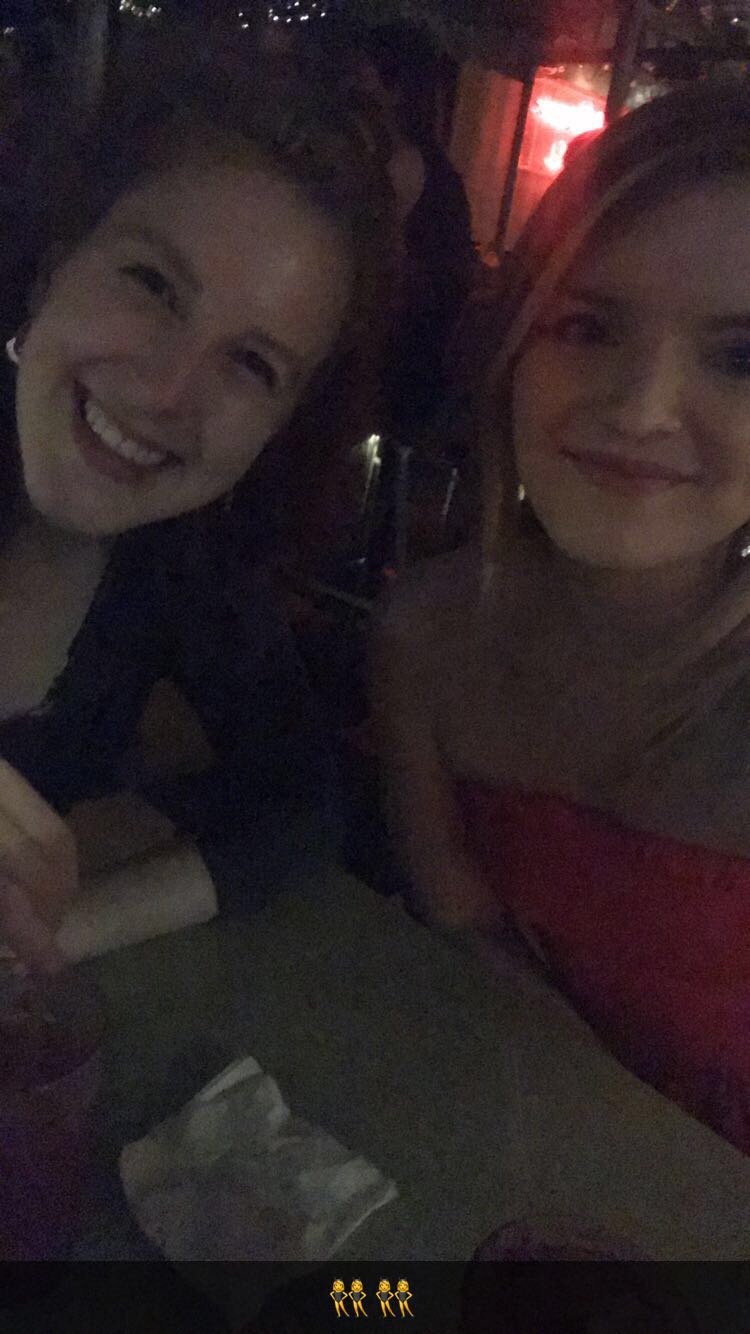 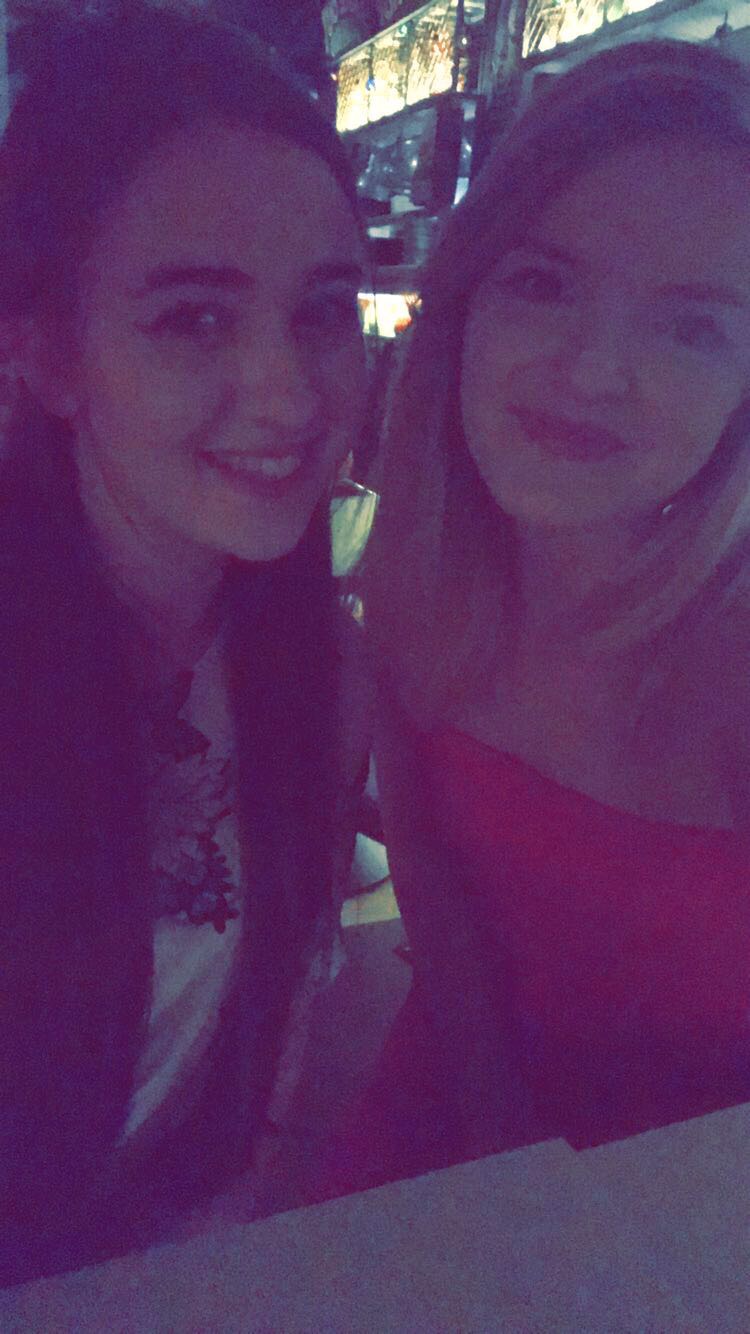 It was a really lovely way to celebrate our final night of second year together – overconsumption and alcohol, ahh dreamy. Obviously we will see each other over the summer, Martha is only an hour from me, Lucy two, Becca about 30 mins actually. But we just had to be friends with a Gibraltarian didn’t we. Franky has now gone home and we won’t see her for three whole months *SO MANY TEARS*. But if worst comes to worst, I will be making a short lil trip across the pond to Gibraltar bc I don’t think I’ll last that long without her.

I briefly popped back to York after I realised that trying to move my whole life out of my house would infact take two trips, because a Mini is not actually that big. I guess the clue was in the title. Obviously I snuck in some more socialising, had brunch with Lucy which you can read about in my new series Brunchin’ bc basically it happened so often that it may as well be a blog series as it is in real life. And I also went to an Austen event with Martha at the Picturehouse run by our favourite eighteen-century department members, bc are you even an English Student if you don’t love Jane Austen?

After the discussion, we had drinks by the river, which was so dreamy like the gal herself. 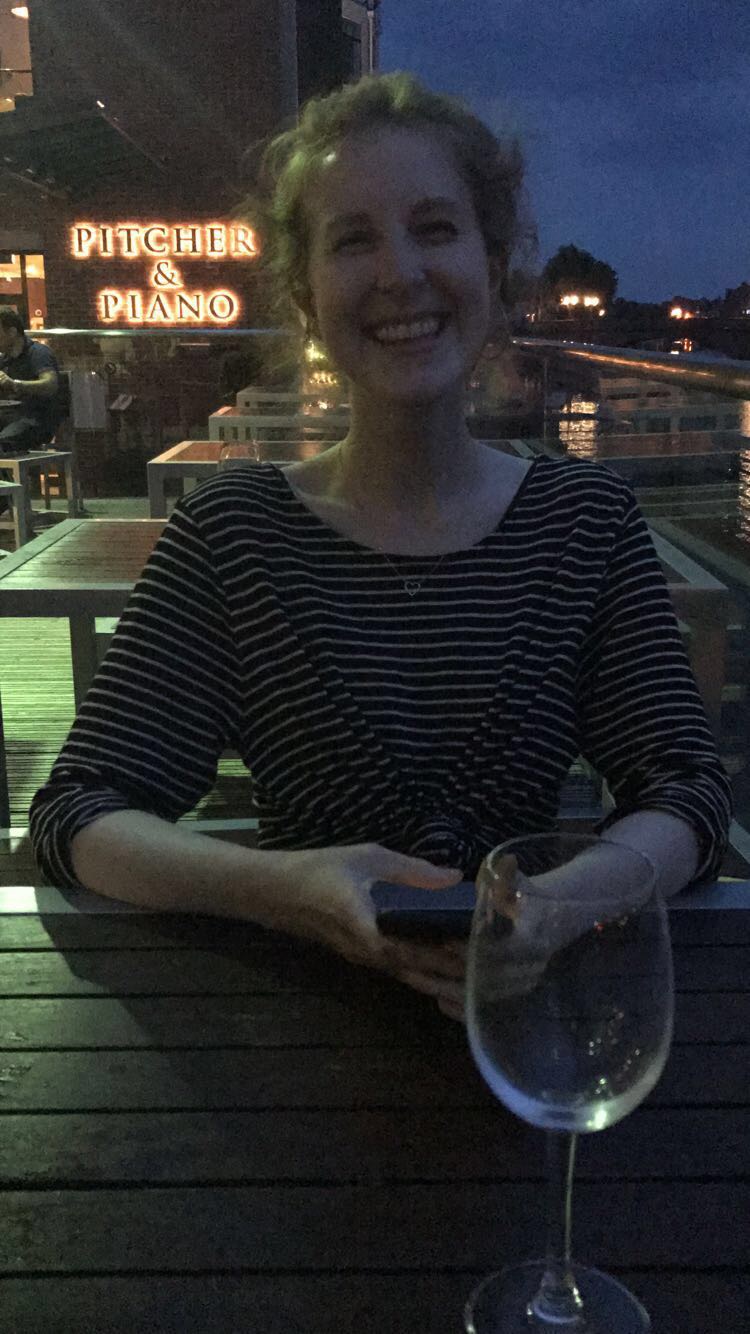