This week has been super-duper fun, bar the cold I caught at the end of it. But to get a cold at the end of Week 3 ain’t too shabby considering most of last term I was ill literally from my arrival back into York.

There has been some absolute gems this week. But let’s start with the food, as food wise, it’s been a dream. On Monday, Steph, Ellie, Matthew and I went to GBK which is always da bomb, still missing that pomegranate salad. It was also hilarious to see Matthew’s face when we sat down and he said “Oh do they only do burgers?” Um yeah pal, it’s the Gourmet BURGER kitchen. It’s in the title and everything. Franky and I went to Brew and Brownie later in the week, which despite being the most instagramble place you’ve ever been too, does amazingly tasty food. Here’s a photo of the food in which Franky is also taking a photo of the food #friendshipgoals.

On a night out this week we were reunited with an old Goodricke flatmate of ours from last year Nina Ceee and had a traditional-flashback-to-freshers kind of night, singing on the floor of Pop World toilets – well I did that alone. Whoops. I tried to recreate a mem of Ellie and I singing on the floor of the toilets, but I was too drunk to realise no one else joined in and just sang my own version of Ed Sheeran’s ‘I see Fire’, though you would not have known that from ma singing. The obligatory Shakira hips were out for ‘Hips Don’t Lie’ on the revolving dance floor, random awful flavoured shots, lots of gin, and cheesy ass songs, before finishing up in Salt and Pepper and having a good 10 min chat with a random girl about how important garlic mayo was to her. S/O to garlic mayo girl, I feel ya.

Obviously there was work too. The best was probably my Anglo-Saxon Workshop, lol JOKING, if anyone knows wtf happened there then please hmu as I have no clue. Anyone know Anglo-Saxon? Anyone? Side note, an hour a week to learn an ancient language from a sheet of 10 translated words which are unrelated is NOT helpful or makes any sense. And to make it even better that workshop has now been moved to Friday at 9am *single tear*.

I feel like I could write a separate series doing a lil tally of Uni vs. Kieran, as so much happens to that poor child that this week he would be on minus numbers. First of all, he thought Ellie’s real name was Elizabeth. Yep, I have no idea how he got that idea either. He also still does not know what course she does, but they’ve only been best pals and lived together for two years. No biggy right?

Kieran also was mentioned on the radio (there is a recording of it online but couldn’t find it *sigh*) for a story called “Call me the Master”. Only to find out that in fact she didn’t. Oh the embarrassment. I hope you all google and find it on the website sometime, because wow. But that is just one of many excellent and scarring stories about our own lil Mowgli. A name he earned from resembling the character as he walked around in only his pants for most of first year, a tradition that has unfortunately continued into this year. Slightly happier moment for him though, he did get offered a year long placement in Hong Kong for next academic year *yay*. His stupid false charm, lol jokes, we’re all super proud of him and openly bitter bc he can’t live with us next year.

This week was also the week of going clothes shopping for Jake which resulted in Jake, Ellie and I trying on tons of clothes that we can’t afford in Topshop and all of us buying stuff, good one. We also saw Paakwesi again! Who serenaded us with his guitar skills, but probably most importantly I’m pleased to note that Paakwellie is still going strong in 2K17. Not that either of them have given in and finally accepted their true destiny yet *tears all round*.

I also feel like I discovered a lot of York this week that I have never seen before, thanks to my personal tour guide, Franky, who showed me around lots of cute hidden places, well actually, pretty obvious places that I’d just missed for almost two years. A day of adventuring that I have 4958439 photos to remind me of, mostly selfies bc that’s how Franky rolls *dancing emoji*. I also went to Fossgate social this week, another place I had completely missed, with Franky, Georgia, Micah and Lucy, which involved cocktails, gossip and the obligatory bit of Trump hating. What more do you need for an evening of fun.

To finish up I wanted to do a lil quote of the week. I won’t do this every week, but this quote was too good to not put in, it’s from the man himself, Kieran Doshi, when he was wearing the smallest tightest lil red pants you ever did see: “They’re tiny pants for a tiny willy.” 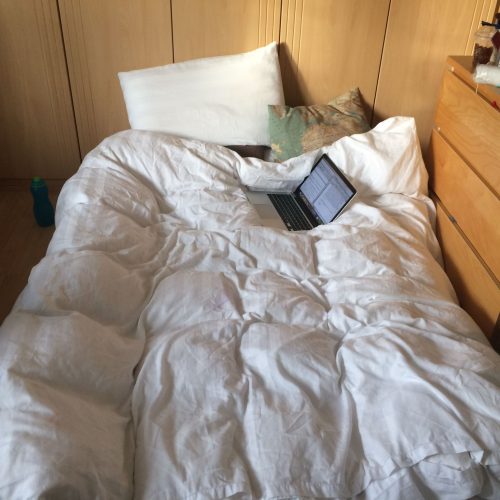 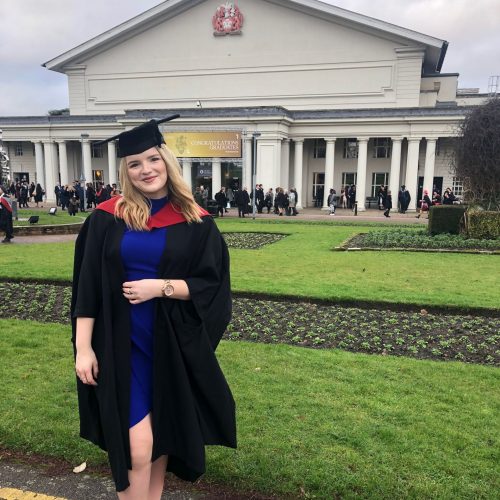 Should you do a Masters? 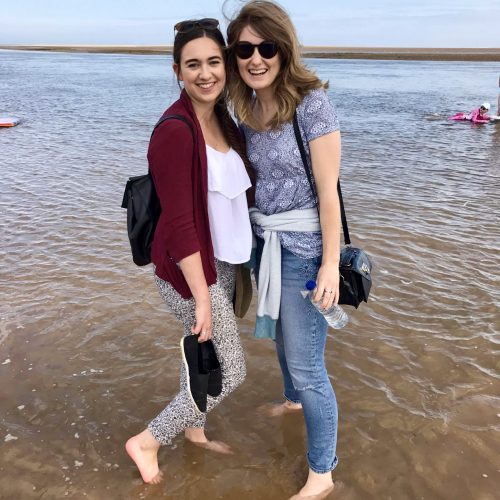