So this post is slightly delayed because life gets busy and sometimes I actually have to write things for my degree instead of blog *shock horror*, who knew? I certainly didn’t. But I’m real pleased I bullet pointed out the memorable things from WK 4&5 as I definitely did not remember half of the finger-licking goodness of those weeks.

Lemme start with the February blues occurring, as it reached a weird point in the term where everyone was feeling down, even that one consistently reliably happy person was down, what happened?! Was there something in the water? Who we kidding, I mean alcohol?  I think everyone was still dealing with post christmas downer and the pressure of the new-year-new-you mindset, when actually it’s a new year, but you are the same lil you that you’ve always been, but you just judge yourself more for it. How stupid. But this of course is cured by coffees, food and alcohol with ya friends avoiding all responsibilities and all of your false-you January goals. I also rekindled my love of on campus bars by having lunch, coffee, cocktails quite a few times, after an Alucin kitchen work sesh with Martha, a lunch with Lucy, Becca, then Franky, then Ellie, I am loving them all again, and there cheap ass drinks and food. Open Mic night at Glasshouse was a lil hit and miss, but aren’t all open mic nights?

We also went out for our old housemate Joel’s 21st Birthday, which went from drinking at Joel’s to going to Kuda v quickly, but come on it’s Kuda, there’s a campervan and everything. That deffo happened because we decided to have a bottle of wine through a straw, bc we are classy people. Side note, we were v impressed at how good Joel’s flat are as freshers too as we came back a week later and our wine bottles with straws were still on the table, along with 40 Smirnoff labels on their fridge, so proud. In true Joel style he was falling all over the place before we even left, but he made it out, thank god, bc his dancing is too great to miss. We also went out the next day with EdSoc and some gals on Ellie’s and my course, bc yo-to the -lo. It was also glittered themed, which meant  being covered in glitter, and finding glitter everywhere for several days after, but man was it worth it, being in Flares and Society covered in glitter dancing to Beyonce #whatdreamsaremadeof.

As usual I was distracted from my work, but this time with good reason. Kieran set the fire alarm off, bc he was cooking and it happens every god damn time – one time just with beans. Anyway then Jake interrupted my focused study (who we kidding) to let me know that Kieran while making an omelette had set his egg box on fire… then burnt his omelette. That boy always amazes me.

I’ve had some awesome weekends as well, went back to P’town for some work drinks to say bye to James, as he’s leaving, hence saying bye duhh, with drinks, drinking games and the obligatory singing of songs as Dan plays the piano. Drunk photos are always great but the 300 of Matt and I took that night are next level kinda ones, none of them are nice, in none of them do we look human, all of them could be memes, aka well done drunk us. The night ended with a jam from Matt, Polly and Tom (FES) and dayum are they good, so we all watched contemplating how we are talentless and will never be as cool as them *sigh*. Also watched all of Designated Survivor that weekend, and it is SO good – watch it, watch it now. But what is not good is mid season breaks. What is that about America?! Well tbf that’s the least of your problems rn but come on.

Ellie and I finally went to Castle Howard – I promise I do work sometimes as well (she convinces herself) it’s just not interesting to write about yanoo (that sounded convincing, well done me). Castle Howard is v cool though, it’s pretty, but the boathouse was creepy af as it was abandoned and Ellie and I de-stressed by playing on the swings and walking through the woods cause nature heals all, right Wordsworth? I have about a million photos of this day and too many boomerangs to share at once so they are happily filling up my storage now *yay*. That’s always annoying when ya have a good day out, but it’s only socially acceptable to put a few photos on social media bc otherwise people get real annoyed or just think you live at Castle Howard, and that ain’t the kinda vibe I want to give.

Omg I also went to Dan Poole’s gig at the Met Lounge last week. He is such a fab guy and his songs are just ace. Have a look at his page and find his new single here, it’s on iTunes and everything. Yep, so everyone is doing things with their life, pursuing their goals, being awesome and I’m learning a dead language and reading poetry about nature, yep, wise decisions there Jess.

Be your own Mento. 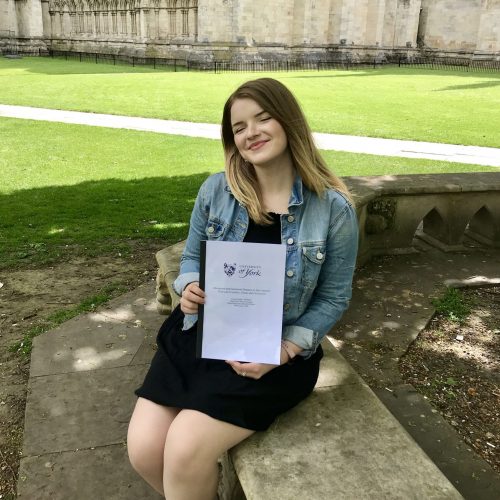