Christina Patterson: Failure, friendship and the future of journalism

I had the pleasure of interviewing Christina Patterson yesterday and discussing more about her life and work. Christina is a journalist, broadcaster, consultant and the author of The Art of Not Falling Apart. Her book documents her experience of losing her job at The Independent after ten years, losing her loved ones and coping with adversity in her life such as losing both her parents and siblings.

Christina is a sensational and inspirational woman. Here she shares her failures, successes and how she’s coped with them.

Could you tell us a bit about yourself and life.

At the moment I’m with my partner in Northamptonshire in a beautiful thatched cottage in the countryside. I moved in from my flat in London just before lockdown. Personally I feel very privileged as I know lots of people that have been very ill and I know four people who have lost parents. What’s happening is absolutely terrible and we’ve been lucky enough to keep safe and be in a nice place with a garden.

Currently, I’m working on a book proposal and I’m about to launch a podcast, which is a new adventure. It’s going to be called, Work Interrupted, and it’s about rethinking work in a pandemic as I do think everything is going to change as a result of this.

I’ve still been doing Sky News via Skype and some broadcasting; I was on Jeremy Vine for Radio 2 on Wednesday. I’m also on the board of a Housing Association and I do book reviews for the Sunday Times and bits of journalism for the Times and the Mail recently.

You discuss how difficult it is to get into journalism when you’re freelance or breaking into the industry. Do you think anything will change in the industry in light of the current climate?

For the moment I do think it will get worse. I am a member of Women in Journalism, and people are really struggling. I’m not doing much journalism these days besides what I get asked to do. Yet I have pitched a couple of pieces to the Guardian comment pages which I used to write for and I’ve had a couple of replies, and sent a few emails where I’ve had no replies and I’ve been writing for them for six years.

Journalism has lost its advertising revenue and people aren’t buying papers. I fear tragically that when journalism has never been more important, that it is under real stress.

Anyone going into journalism right now is going to have to be adaptable.

If I was advising someone going into journalism now I’d say don’t let that be your main source of income as it’s one thing being really quite poor at twenty four and another when you’re really wanting to have a kid when you can’t as you don’t have the space, or you can’t rent a place big enough or get a mortgage. At that point these things do matter as they’re part of the picture of the life you want to have.

I’m sure there will always be opportunities to write, but it doesn’t look as though many of them are going to pay well. I think people who really want to write will find ways to write if they’re determined enough to do so.

It’s a difficult question to answer, as you don’t know what you would have been like without those experiences. Literally nobody in the world doesn’t have unexpected experiences. I mean who expected there to be a pandemic? It is going to mar and, sadly, really badly affect many people’s lives on a long-term basis.

I do believe that when you weather those experiences you generally become stronger.

Though you can’t always generalise, as some people who are mentally quite fragile don’t get stronger. Some people cope very badly with hardship and stress, which leads some people to develop drug and alcohol problems.

But for myself, I had a lot of hardship quite young with serious illness in my twenties and a sister who had schizophrenia. It’s very tough to go through those things, but it certainly gives you empathy and with any luck it makes you a kinder person.

I personally think these are the most important things in life – your character. If you’ve had hardship and suffering it shapes you. I certainly wouldn’t be the person I was now without going through what I have been through. I wouldn’t have minded going through less of them though.

What has helped you deal with adversity in your life?

I think writing does help me, but friendship is also absolutely fundamental. People who don’t have friends are going to have a much harder time when hardship strikes.

Friendship is an art you learn – it requires effort. It’s about caring for someone and being their friend as well as them being your friend.

I do have very good friends and certainly that has helped hugely when times have been tough. I’ve written a whole book about it so it’s hard to sum up in a few sentences, but I would say friendship and finding joy in small things, curiosity, energy and doing things you like.

Why do you think it is so important to share and discuss failure, especially as women? And what do you think is your biggest failure and why are you thankful for it?

I think failure is important to discuss for everyone, no more for women than men.  In fact it might be more important for men as I think women go around sharing their failures all the time and men don’t.

I think sharing failure can count against women in a professional context, as the codes are different in different contexts. I have no problem making myself vulnerable and saying I’m not very good at this or that, but it can make people think that you doubt your ability and I think that’s completely wrong.

Actually the most confident people are usually the ones who admit to their failures. Everybody knows you can’t be good at everything and it does take a certain amount of confidence to admit your failures.

I think failure is a really important part of life.

I would say my biggest failure was not a thing that I did, but for a very long time, I felt that I had failed in my life for all kinds of reasons. For example through not having a long-term relationship when I was younger and not having a family, and feeling that to be successful I needed to both have a successful career and the whole domestic set up.

And I really wish now I hadn’t flagellated myself in that way as I think it was a complete waste of time and energy and it meant I didn’t value what I did have.

I think that what I had was very good in lots of ways. I had a very interesting life, with very interesting work, I worked extremely hard, I had fabulous friends, I did lots of really interesting things; it was a great life. But I didn’t value it enough at the time.

So I think my greatest failure was a failure to understand that there are plenty of ways of living a good life and if you fixate on one of them then you are doomed to be dissatisfied and that’s a terrible waste of a life.

What has been your biggest success?

My friendships probably. I also hope I’m a decent human being and I think the most important thing in life is to be kind and decent and try and make other people’s lives a bit better. I’m proud of my book and I get lots of lovely messages about it, which is lovely and I’m proud of the journalism I did. I wouldn’t say I’m proud of who I am, but I think our character is the biggest test of how we live our lives. I certainly could have done better, but I could have done worse.

I’m not sitting here like the Buddha thinking, “Oh, everything’s marvelous!” As a driven person, I obviously go to bed most nights thinking well that was a failure or I didn’t do that. But I think that’s just life.

What advice would you give to anyone in the initial aftermath of a life-changing event?

I would say this too shall pass. I think it’s so easy when you’re going through something to think that this is it, this is permanently it. To think that you will never feel better and nothing will ever change and that you’re doomed. I’ve felt like that so many times in my life.

Obviously there are some situations in life that never get better, but they are pretty rare. Mostly, something changes at some point or efforts you make will lead to change. And generally speaking, if you feel awful, there will come a day and often much sooner than you think, where you feel ok again.

In your book you mention that as a child you were “the sunshine girl.” I was too. Do you ever feel like you’re trying to get back to feeling like the sunshine girl? Or do you think it’s inevitable that you lose that sunshine as you grow up?

As a small child I was naturally very smiley, always laughing and so on. Then I had some very unhappy years for quite a long time and then I would say more of the laughter came back. Obviously I can’t remember what I was like as a toddler, but I do think that some of that sunshine girl did and has come back but it’s tempered by life and grief and the reality of a situation.

But I think if you find things to laugh at (and you kind of have to be dead not to) then you generally always get happier, unless you’re in an absolutely debilitating state of grief.

If you think of some of the greatest comics in literature, Jonathon Swift or in life such as Stephen Fry or David Baddiel, they will do dark and light. That’s what life is. That’s what Shakespeare is, comedy and tragedy. To be forced to focus on one or the other would be like being a caricature of a human being.

If you could go back in time and give yourself one piece of advice, what would it be?

I think it would be, be a bit kinder to yourself. I know that’s a cliché now, but I think I was very tough on myself, particularly when I was younger, setting myself kind of crazy standards that I always missed, and always feeling as if I’d failed.

We wouldn’t talk to a friend in the way that we often talk to ourselves. So be gentler with yourself and maybe chill a bit more. I was always working so hard, took everything so seriously and was quite earnest and most of it doesn’t matter all that much.

Lastly, would you like to mention a charity that’s close to your heart.

Mind. As you know my sister really struggled with her mental illness and I think Mind’s been a very consistently good charity in highlighting the challenges faced by people with mental illness.

Mind is a mental health charity in England and Wales. The charity ensures that no one faces mental illness alone. 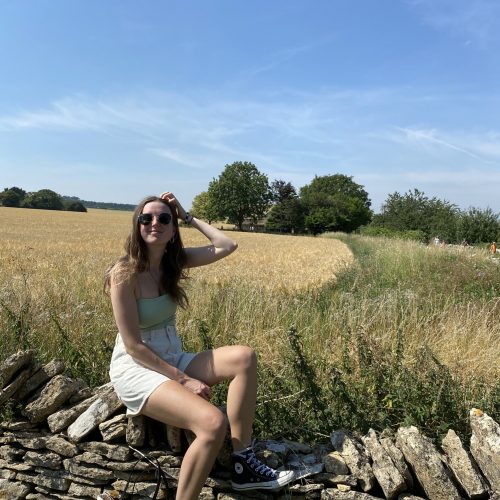 Behind the Scenes of life in PR & Papier with Holly Chapman 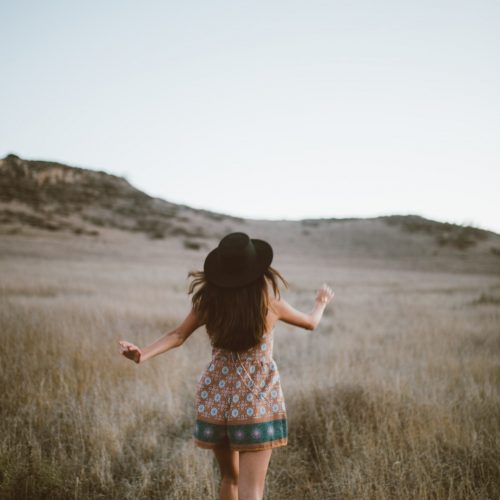 Women with Influence: Female Influencers on their life online 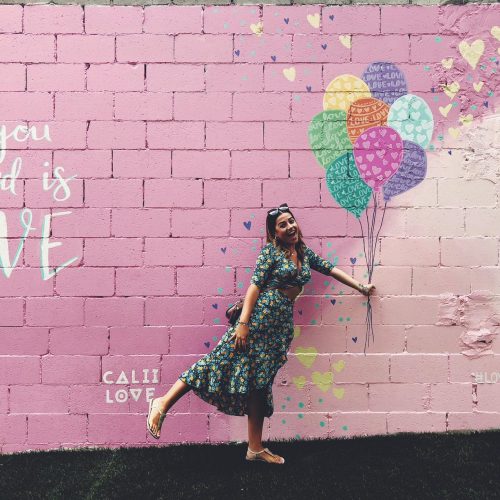