A weekend in Las Vegas, Nevada So Las Vegas is like nowhere I’ve ever been before.

We drove across from LA which took us around four hours through the desert and with Friday traffic, before out of nowhere in the middle of nothing was shiny Vegas BABY (said like Joey).

There is no equivalent to Las Vegas in the UK, in terms of scale as everything is huge. But you can drive the strip in literally 15 minutes and there is so much going on, 24 hours a day, everyday of the year including Christmas.

The strip has everything. First we passed a pyramid, then the New York hotel with the mini NYC skyline and rollercoaster. Then there was the Hard Rock Cafe, bright pink Flamingo hotel, an Eiffel tower at the parson hotel and then mini Venice with a canal and all. Mini Venice is actually pretty accurate.

After that, we passed Caesar’s Palace, Treasure Island and felt as though we were in Miss Congeniality. And then in the distance gleaming like a gold eye sore was Trump Tower.

How to spend a weekend in Las Vegas 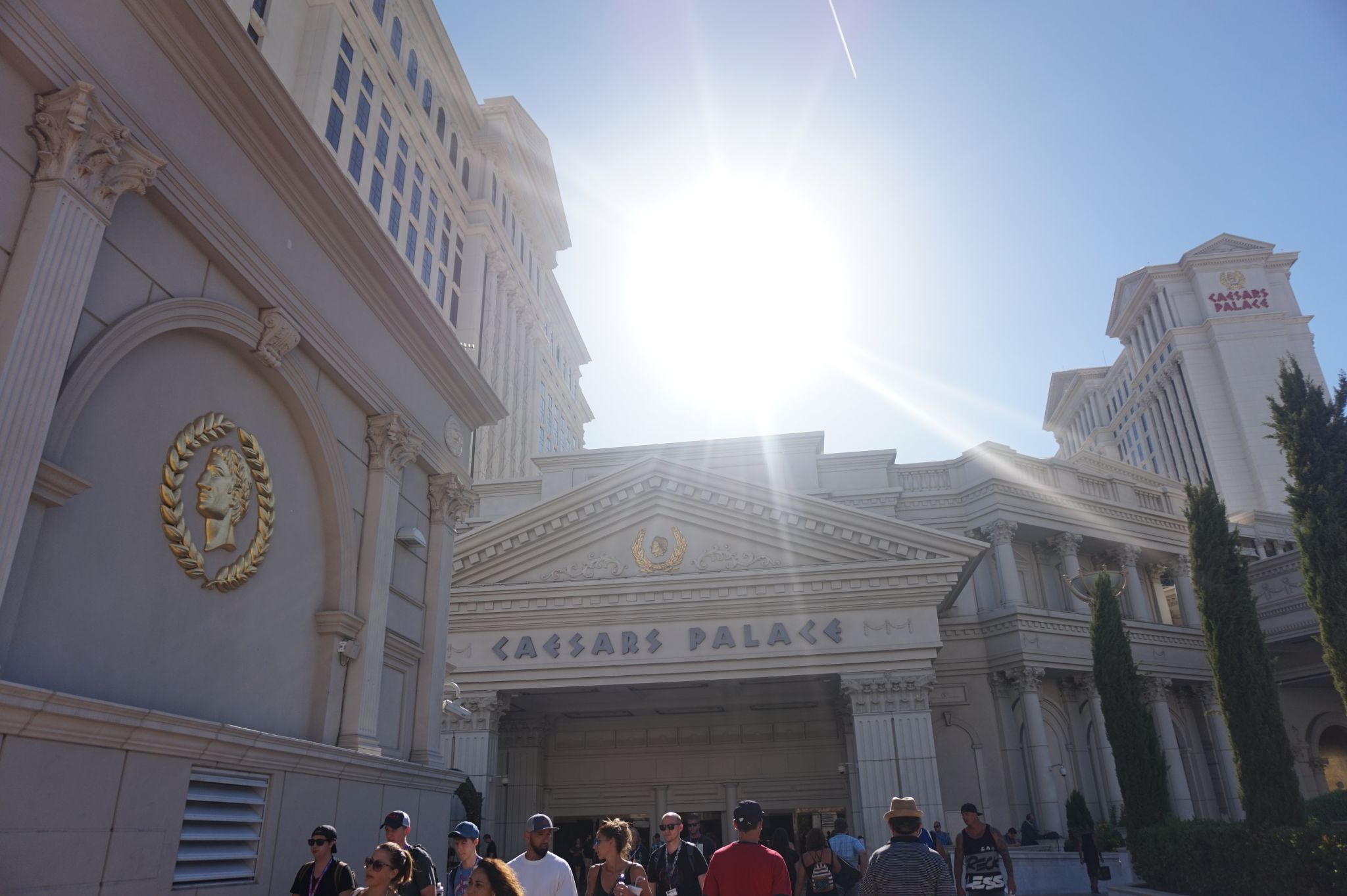 Visit all the hotels & walk up the strip

Walk up the strip (or get the monorail) and visit each of the hotels, as they’re all so different and interesting. Each hotel is a mini mall, casino and an amusement park for people watching. I loved going into Caesar’s especially, but all the hotels are amazing.

Las Vegas is great for shopping. There are the odd few tourist shops (there are loads) but there’s also shopping malls and high-end shops. It’s also a good way to make the most of the air conditioning when you aren’t playing games, as trust me you’ll need a break from the heat outside.

Obviously if you’re old enough to gamble and that’s your thing, then Las Vegas is the place for you. I wasn’t 21 at the time, so I couldn’t gamble or drink, or watch the comedians or shows with offensive language or alcohol – was mostly sad about that really. We’ve decided to go back to play in a few years time.

But every hotel has a casino at the bottom. So you always walk through the casinos. We saw several hen and bachelor parties playing on the slots and losing their money, which was more entertaining than losing our own anyway.

Unfortunately for the two separate nights we stayed we didn’t get a chance to see one of the Cirque du Soleil shows for under 21s, but everyone I know that’s seen one recommends it. There’s always next time right?

Make good use of your hotel pools

By 9am it was 37 degrees, so you’ll want to spend a good chunk of your time in the hotel pool. Our hotel had four pools and we would try and get there first thing in the morning as it was so quiet. It’s a perfect way to spend a day though. Keep an eye out for pool parties as well – they’re insane.

Where we stayed: MGM Grand

We stayed at the MGM Grand on the strip, which while a tad pricey was worth every single cent or pence.

You literally didn’t need to go anywhere else if you didn’t want to, and after driving for four hours, returning the car and getting a taxi to the hotel in 40 DEGREE HEAT, you don’t really want to do that much. So we checked in and went into our room to see a view of the Las Vegas runway in the back.

I think we stayed on the 28th floor, so the view was insane. There were lots of private planes!

We also made full use of the buffet, as that one meal basically lasted us for the whole day. Also, an American buffet in general is great, but in Vegas is super extra. It’s a great experience, but be ready for a post-food nap.

I would really recommend the hotel though, especially for the four pools and the location as you just walked out onto the strip.

Also in the MGM there was a food and shopping district and a TV district, where a 30 min pilot for a new CBS show was being shown every half hour. We watched the pilot of Me, Myself and I that comes out in the fall in the US and it was sooo funny.

Las Vegas is pretty insane really, I wouldn’t say you need longer than a few days there. But I will definitely be going back when I’m over 21 to get the full Las Vegas experience like several people we saw asleep at the slots, having shots at 7am. Ah living the Vegas life.

Have you spent a weekend in Las Vegas? 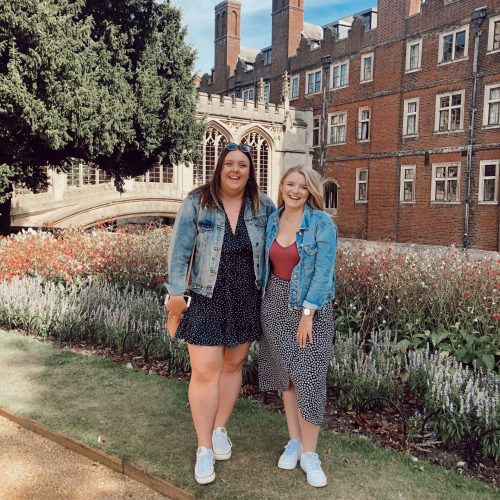 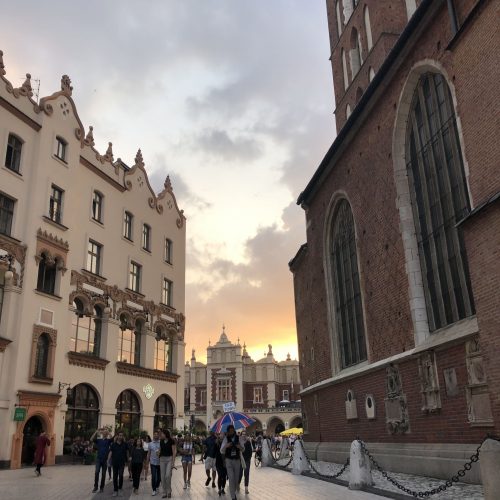 A Weekend in Krakow, Poland